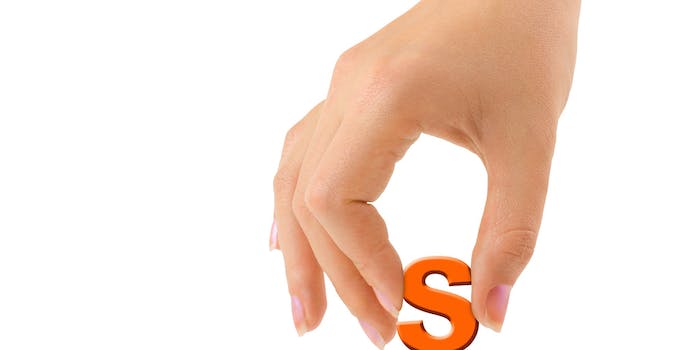 How to fix the Copyright Alerts System’s trust issues

The CAS has trust issues. From Gigi Sohn on the advisory board of the CAS, here are five key ways to help get us over them.

The “Copyright Alert System,” otherwise known as the CAS, launched last week, some 20 months after its creation was first announced. The CAS is the product of an agreement between the country’s largest Internet Service Providers (ISPs), major Hollywood movie studios and the largest record companies. Under that agreement, ISPs agree to send up to six alerts to alleged peer-to-peer infringers, with the latter alerts resulting in various “graduated” efforts to get the user to respond. Those efforts can include reduced speeds, pop-ups or redirects to a landing page.

When the CAS was first announced in July 2011, it was greeted with a collective yawn. Since the definitive defeat of the PROTECT IP Act (PIPA) and Stop Online Piracy Act (SOPA), however, the CAS has been viewed with great suspicion. Bloggers and others have asserted, for example, that users will get disconnected under the program; that there is no process provided to users who believe that they are being unfairly accused; and that ISPs will be using “deep packet inspection” to spy on users.

Despite the fact that ISPs have publicly stated they will not disconnect anyone pursuant to the CAS; that there is an appeals process for users who believe they are falsely accused; and that deep packet inspection will not be used in this program, suspicions still remain. This is because there is a “trust deficit” between the public and the companies that have created the CAS. Unless that deficit is reduced or eliminated, these kinds of voluntary initiatives are unlikely to gain acceptance by the public. 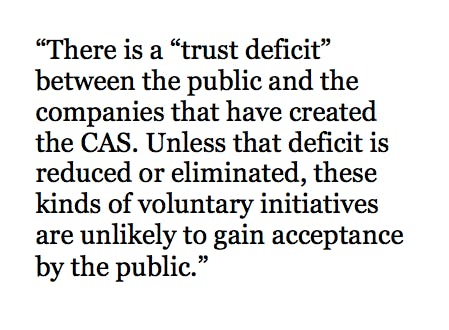 As a member of the Advisory Board of the CAS, I’d like to recommend five ways the companies can reduce this deficit and rebuild public confidence in the system:

1. All involved companies (ISP and content) should commit to full transparency.
Much of the conjecture about how the CAS will work and who it will affect has come about because the participating ISP companies have not been fully forthcoming to the public about their plans. Some of the mystery around the timing of the launch was understandable—getting the five largest Internet service providers and the largest movie and record companies on the same page is no small feat. But once those delays stretched into months rather than weeks, the companies, through the CCI, should have affirmatively explained the delays, rather than being pushed into an explanation by the press.

2. The same companies should make the data they collect available to anyone. According to the agreement between the ISPs and the content companies, the CCI is required to review data about, for example: how many people are sent alerts and at which levels; how many use the appeals process; how many win their appeals; and on what grounds. Data like this can be illuminating and important for both users and providers. It can demonstrate, for example, that additional enforcement efforts are unnecessary because most people who receive notices cease the allegedly illegal behavior. Or it could, of course, demonstrate the need for tweaks to the system to make it more equitable. There is no good policy reason to keep this data secret—it should be available to the press, researchers and the public at large so that they can draw their own conclusions. To do otherwise will raise suspicions that the companies have something to hide. 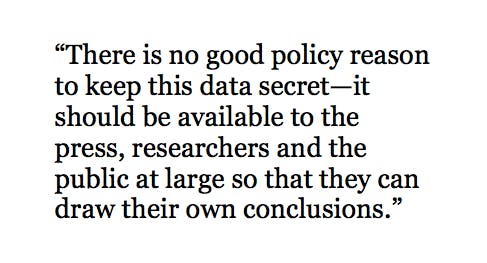 3. The companies should pledge that they will not seek to short-circuit legal processes in an effort to find out the identity of, and/or sue, an alleged infringer. One of the biggest concerns about the CAS is that ISPs will compile a large database of alleged infringers that the content companies can cherry pick as they see fit for the purpose of bringing lawsuits. The agreement between the companies calls for the ISPs to collect “non-personally identifiable information” about subscribers who have received alerts. In the past, ISPs have fought the content industry in court to require copyright holders to bring “John Doe” lawsuits before turning over the names of alleged infringers. They should not back down from that commitment, and content companies should not bully them into doing so.

4. The content industry should pledge to stop pursuing legislation/trade agreements that increase copyright enforcement. It is, and will remain, pretty hard for the content industry to build trust with the public for a voluntary copyright enforcement program while it is at the same time pushing Congress to mandate that ISPs and other Internet intermediaries police their sites and networks. Last year, 14 million Americans made it clear that any legislation to ratchet up copyright enforcement further was not going to be developed in smoky back rooms with little public input or evidence that the proposed law’s benefits outweighed the potential enormous harm to a free and open Internet.

If voluntary measures of this type (and there are others already in place) are going to have any chance of succeeding, the content industry must pledge to stop its relentless campaign to pass secret laws and trade agreements that would ratchet up copyright enforcement.

5. The content industry should continue to make their content available on all platforms quickly, at a fair price and in a consumer-friendly format. I believe that the best way to combat online piracy is for content companies to make their content widely available soon after release, at fair price and in a consumer friendly format. Business models that force consumers to pay for pricey cable subscriptions or wait months or even years to access content at any price encourage people to get that content any way they can. It took the music industry a long time to come to terms with that reality, but having accepted it, their business is once again on the rise. The TV and movie studios shouldn’t wait until the breaking point to make content available directly to consumers in a timely manner. Disney and some of the independent studios have broken the mold in this regard—others should emulate them.

Gigi Sohn is an internationally known communications attorney. In September 2001, she founded Public Knowledge with Laurie Racine and David Bollier. As PK’s chief strategist, fundraiser and public face, Gigi is frequently quoted in the New York Times, Washington Post and Wall Street Journal, as well as in trade and local press, and has appeared on numerous television and radio programs, including the Today Show, The McNeil-Lehrer Report, C-SPAN’s Washington Journal and National Public Radio’s All Things Considered and Morning Edition. Gigi currently serves as the Co-Chair of the Board of the Broadband Internet Technical Advisory Group and as a member of the boards of the Sports Fans Coalition and the Telecommunications Policy Research Conference (TPRC). She is a member of the advisory board of the Future of Music Coalition and the Center for Copyright Information (CCI). Gigi served on the District of Columbia Bar Board of Governors from 1997-2000.