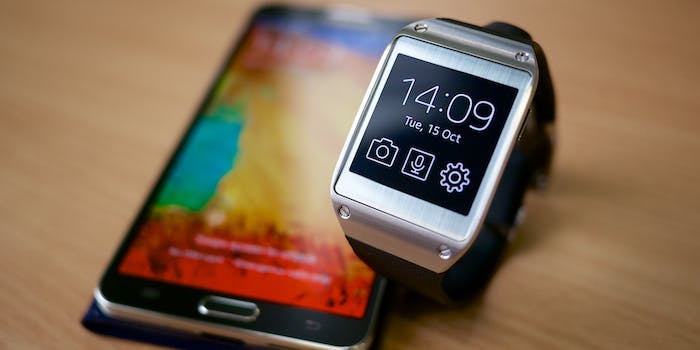 What is the next big tech platform?

Gradually a kind of geometry emerges from the motions of the herds we form.

Back in 1971, a biologist named W.D. Hamilton published a paper arguing that prey animals defray the danger that any particular individual might face from predators by moving closely together in fleeing groups. They do so without any real coordination, each moving according to their own panic-driven instincts, but the results can be strangely elegant, even beautiful.

The title of Hamilton’s paper presented that logic as an appeal to our sense of shape and order: “Geometry for the Selfish Herd.” The way animals move, both as a group and within a group, is a source of almost endless visual fascination, from the way ants criss-cross one another’s trails to the sharp, sudden changes of direction that large flocks of birds seem to make with no prior coordination.

Whether they make the connection or not, that’s also a topic that exerts a great deal of influence over the decisions of some of the biggest tech companies. The premiere consumer technologies of the modern era are social, after all. Even appliances that previously had no need to communicate with the world at large are joining together on the so-called Internet of Things. The next refrigerator you buy could be part of the herd.

Why? Because the Internet connects us, but it also lets us move ourselves around. Its multitude of social media platforms groups us together into virtual herds, but from time to time, our herds will break rank and head off in another direction.

For obvious reasons, that’s a source of concern for companies like Facebook. They build revenue by attracting advertisers, and the advertisers go where the herd goes. Facebook is fighting a constant battle against its own obsolescence as old users lose interest and the pool of potential new users shrinks.

Thus, when an upstart platform like WhatsApp or Instagram comes along, Facebook’s board of directors gets itchy. From time to time, they shore up their losses by simply buying the competitor outright. As scratches go, that’s can be an expensive way to reach an itch. Instagram went for $1 billion and WhatsApp for an astonishing $19 billion.

If you follow shifts in Facebook strategy with any regularity, it quickly becomes clear that very few of the company’s moves diverge from the goal of following one herd or heading off another. The much-maligned Facebook phone—really just a home screen replacement app for mid-tier phones, called Home—was never intended to reinvent the smartphone. The point, rather, was to catch new users in emerging markets and make Facebook the middle-man for all their mobile interactions.

Likewise, while Facebook founder Mark Zuckerberg’s charitable organization, internet.org, purports to be about improving the quality of life for people in areas with little or no network infrastructure, watchdog groups have noted that it does so mostly by expanding Facebook’s reach to developing nations.

It also explains a decision that seemed incongruous to some observers, and an outright betrayal to others. Fans of the still in-development virtual reality headset Oculus Rift were left aghast last month when Facebook bought the company. What did Facebook, a company video game enthusiasts more commonly associate with casual fare like Farmville and Candy Crush Saga, want with a rig that had staked much of its potential on appealing to gamers in search of a more immersive experience?

The answer is that they’re staking a claim on what might be the next big platform. How much confidence they have in that platform is debatable—that they paid nearly 10 times as much for WhatsApp suggests that Oculus is more of a side bet. The more acute point, though, is that their confidence in today’s biggest platforms—desktops and mobile—appears to be on the wane.

Nor is Facebook alone in that regard. They’re not even the biggest spender trying to catch the connected herd before it moves to another platform. Much of the buzz in recent years has centered on “wearables,” like the fitness trackers produced by FitBit and Jawbone. Right now, all eyes are on the companies attempting to produce a smartwatch that consumers will love as much as they do their phones. Based on recent patent filings, it would seem that even Apple, whose iPhone galvanized the mobile market, wants a part of that action.

Smartwatches are only one possible expression a future built on wearable tech might take. Perhaps the most visible (not to mention obtrusive) is Google‘s bid to sell the public on head-mounted displays like Glass. So persistent and, at times, visceral has been the backlash there that Glass has also come to represent a question that must nag at all of these companies as they cast about for the next big thing: What if it’s none of the above?

It’s a definite possibility. The three major breakthroughs in digital technology—personal computers, the mainstreaming of the Web, and mobile platforms—came at irregular intervals. There’s no guarantee that we’re due for another paradigm shift any time soon. So far, public embrace of wearables has been ambivalent (research suggests suggests that about one-third of Americans stopped wearing their new devices within six months of having bought them), and consumer demand for VR is an unknown quantity at best. The platforms we’re enamored with now may be the platforms that continue to serve us for the decade to come. When we move as a body, it may be from one social app to another, rather than Facebook on Android to Facebook on Oculus.

That, no doubt, is a worrisome thought for the tech giants seeing their market share eroded by the proliferation of competitors. They’re dedicating  much of the vast fortunes they amassed by riding ahead of the last wave to the goal of getting ahead of the next. If it happens that the next wave is years or even decades away, they may wind up spending themselves out of the lead.

That explains why some of the biggest and most aggressive among them are casting a wide net. Google may have invested a great deal in testing and promoting Glass, but wearables is only one frontier they’re exploring. Always the searcher, Google’s also testing out self-driving cars and military grade robotics. Back in January, they bought Nest, a company that produces networked thermostats.

Chances are, that’s a matter of indifference to most of you. Consumer demand doesn’t appear to be the major driver when it comes to the Internet of Things. Rather, it’s the tech companies that are most excited about the possibilities of a fully connected house.

Why? Because it steers the herd. It’s relatively easy to ditch Facebook for Twitter, or Google search for DuckDuckGo. Not so easy is getting off of Google’s network when it’s built into your home and wired into appliances that you’re buying on installment.

For consumers, then, the appeal of the Internet of Things is still a bit vague—how often do I really need to adjust the temperature in my home remotely? For the companies that spin data about us into profits, that appeal is much clearer. Each new networked appliance increases the amount they’re able to learn about our habits and activities. Gradually, a kind of geometry emerges from the motions of the herds we form.