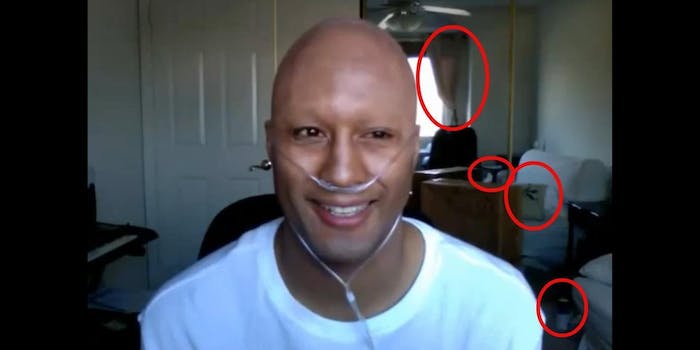 Is this the final wish of a cancer victim or viral marketing scheme?

A four-part video series claims to chronicle the final few months of its unnamed subject, but redditors have found cause for suspicion.

In a series of videos released on YouTube a man chronicles his last six months alive. He’s been diagnosed with lung cancer, the subject says, and is leaving the videos as a kind of memorial for his young son.

“I wanted to leave these videos for you,” the man says through tears, “because … I’m not going to be around to be a father for you.”

But on Reddit, where the videos were posted over the weekend, users are crying foul. They think the man is fake—and, worse, a potentially egregious example of viral marketing gone too far.

YouTuber UpwardSpiral2012 posted the set of four videos on Jan. 26, explaining that he or she found them on a recently purchased used computer and had no idea who the man in the video really was.

But pay close attention and the videos will likely seem a little off. There’s a measured precision to the man’s displays of supposedly instantaneous grief. It all just seems a little too scripted. And it turns out—thanks to some visual sleuthing by redditors—that there are much bigger clues hinting that the cancer victim is a fraud.

“This is totally fake,” redditor Gordopolis wrote in the top voted comment on Reddit. “If you examine the background in these videos it becomes pretty apparent.”

Gordpolis put all his evidence together into an online album. At the heart of his contention is this: If the videos were recorded over a span of six months, why do numerous objects in the man’s room never move an inch, including a coffee cup on his floor and papers on his piano? 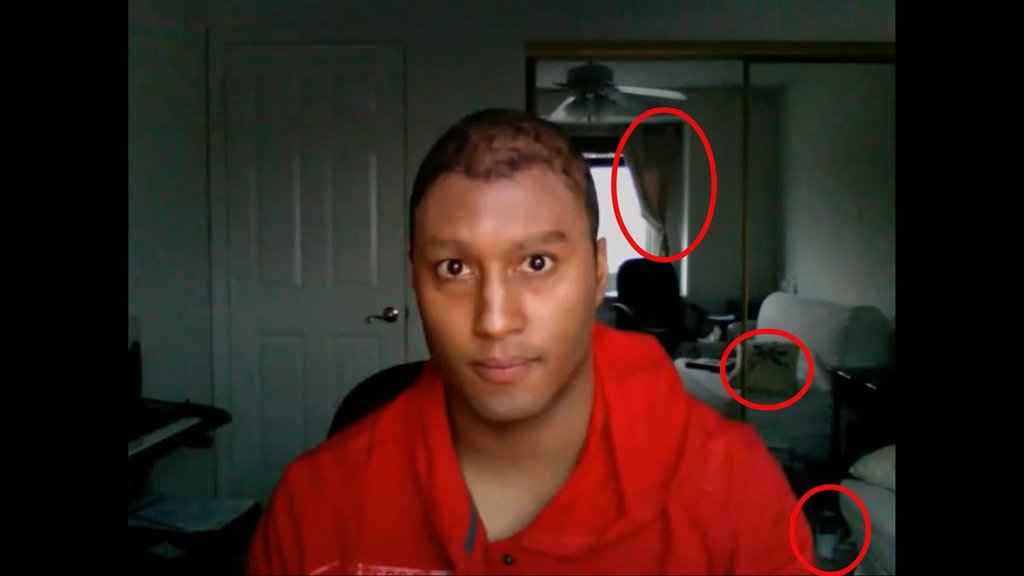 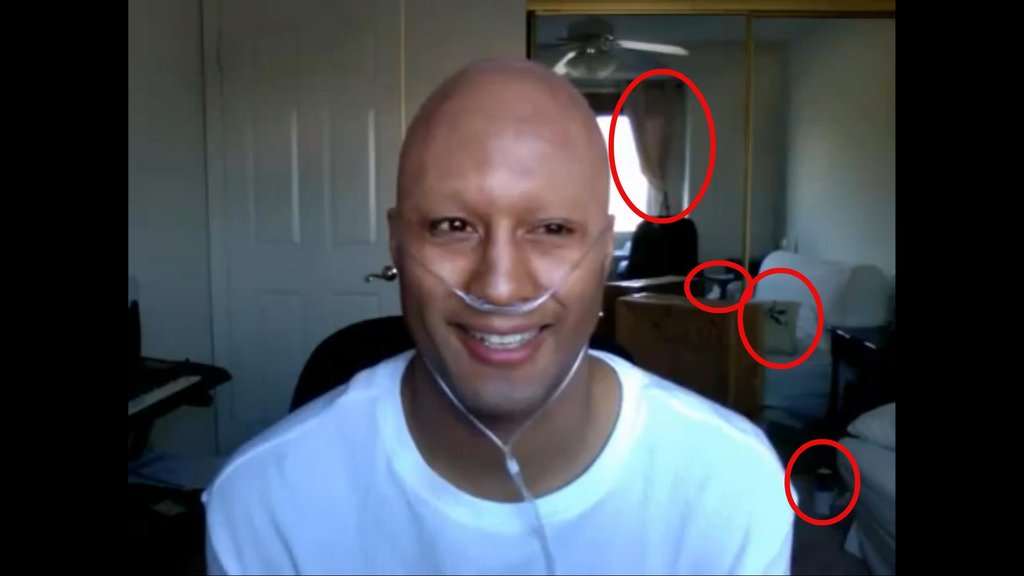 The evidence seemed to prove many redditors’ were right in their initial skepticism. His comment went straight to the top of the thread.

“I believe this was created by a struggling actor hoping to go viral,” Gordopolis wrote.

Others took the speculating one step further. Maybe the video was part of some mysterious viral marketing campaign, suggested a7y. There’s a website with nearly the exact same name as the original YouTube uploader: UpwardSpiral2011.org. That’s a political nonprofit launched by Howard Schultz, the CEO of Starbucks.

How could a political group possibly benefit from a viral marketing campaign about a cancer patient? The Daily Dot called the contact listed on the UpwardSpiral2012 page, Sabrina Hutchinson, but the number has been disconnected. Still, we’re hardly convinced by this specific claim. It comes across as an attempt to find an enemy—a bigger target for Reddit’s anger than a out-of-luck actor trying to make it big with a viral success.

Even Gordopolis’ compelling evidence doesn’t ultimately prove a thing. There’s a blurry, thin line between reality and fiction online. Redditors know that all too well, as two cases from last year demonstrate

In February, many redditors declared a student who was trying to raise money for a cancer charity a fraud. It turned out that the woman, Maya Gilsey, was telling the truth. She was just an innocent victim of a Reddit witch hunt and wasn’t scamming anyone.

Then in March, redditor lucidending convinced pretty much all of Reddit that he was dying from cancer. He had, it seemed, saved his last thoughts for redditors alone, going back and forth for hours in a live interview in the site’s r/IAmA (“I Am A”) section. Except he was a fraud, and redditors missed it. A newspaper investigation proved it.

Stories of battling cancer seem to prove ripe ground for scamming—and spawning suspicions of scamming. The stories seem to hit all the right notes, sucking in redditors with a mixture of morbid curiosity and sympathy—their desire to help with the click of a button. “Reddit, do you know this man?” the original post was titled in r/videos, in a clear attempt to make redditors feel a part of the story. “Let’s help honor this man’s dying wish.”

The person who posted the video to Reddit has since deleted his or her account. We reached out to UpwardSpiral2012 on YouTube and haven’t heard back, leaving the identity of the person in the video a mystery, for now.

If you have any idea who he is, please let us know in the comments.