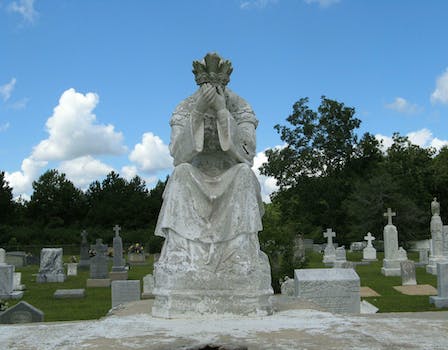 “Either embarrassing or actually horrifying” shares were welcome. The only stipulation: The tale must be true.

Two of the thread’s top comments were by redditors who had had someone die in their arms.

“Lying suspended in the crushed cab of my dad’s overturned truck, with my sisters lifeless body on top of me for 45 minutes,” began squirtbottle‘s submission. Numerous redditors chimed in to express condolences and praise squirtbottle’s bravery—even buying him Reddit Gold.

Being her big brother, holding her, not being able to help. Feeling her turn cold. Seeing the white glove reach in and check a pulse. None. Unbuckling her lifeless body from the seatbelt and having her fall limply onto me. She appeared to be sleeping. So innocent. So young. I was 15. She was 11. I grew up that day. And lost my faith. But it has made me the man I am today.

I felt something very wrong from the way they were all staring at me and a feebleness about the infant. After a few minutes, the baby in an [inexplicably] eerie but incredible fashion leaned its head off of my knee in a way that, as crazy as it sounds, seemed almost knowingly polite and thankful, and threw up a mixture of blood and who knows what. Then the baby died in my arms.

The depth of stories increased throughout the thread, including /iii_shouldbestudying‘s tale of a car accident that killed his mother while he was an infant:

When I was a baby (19 months old) my mother (19 years old), her three college friends, and baby-me were in a terrible car accident. Everyone was fine except my mother who was thrown from the car. Her seatbelt was faulty and she broke her neck. When the paramedics got to the scene, they assessed her brain damage and decided to let her die rather than try to resuscitate a brain-dead woman. They had no idea that she had a baby (she was flung 10-20 feet from the vehicle, and her friends were holding me and trying to keep me calm). When I turned 19 I got a letter from one of the paramedics apologizing for not trying harder to save her.

Haven’t really told this story to many people, but here goes. When I was 2 1/2 years old, my father’s side of the family invaded my home to “take care of” me when I was sick. They used this as an excuse to raid the house and find any personal information about my parents (more specifically my mother because they despised her) which included bills and notebooks with personal information as well as thoughts. In order to get away with what they were doing, they threw a fake birthday party with a Batman theme to distract me. Once they were done scavenging the house for information, they realized that I may tell my parents what I had seen and they began to question me as to whether or not I was going to say anything to my parents.

At this time, my mother had instilled the idea of always telling the truth into my head, so I had naturally responded yes. After a few more attempts from the family, they stopped asking and began to transcend sinister. Within a 5 hour time frame, the following happened to me: Dropped from a third story window to be caught by someone at ground level (this happened several times), hung upside down in a tree with a rope tied to my leg, hit in the head with a frying pan (reshaped my skull with a permanent indent), sliced open the webbing between each of my toes, and finally a gun was held to a Batman doll’s head (being told that this would happen to my parents) and the trigger was squeezed.

The gun was the final straw and I said I wouldn’t say anything. For years I had hated Batman, because the idea of dying always came rushing forward from my subconscious. Years (17 to be precise) of therapy ensued, but it never really did anything for me and left me a pretty angry kid who wanted revenge. Currently, I am almost 24, a Buddhist, and far from angry. What happened to me broke who I was for several years, but it has made me able to cope with pretty much anything that life could throw at me.

MuFoxxa‘s rape by a woman and the subsequent disbelief of the ordeal by everyone from friends to even rape crisis counselors.

I was once drugged at a party and later raped by a woman I didn’t know and left passed out with my pants down on the floor. The 1 counselor I told screamed at me, called me a liar and kicked me out. The 1 female friend I told called me a liar, kicked me out and hasn’t spoken to me since. The rape crisis line I called told me that women don’t rape men and that it was disgusting that I would lie about something like that before hanging up on me. The one male friend I told gave me a hug, he asked me if there was anything I needed, then told me he was sorry that this happened to me and that he was there for me if I ever wanted to talk about it. We then went back to business as usual and he didn’t treat me any differently or as if I was some fragile china doll who would break at the slightest touch. I’ll love him forever for that.

While few, if any, of the stories are light-hearted, some redditors shared tales that broke free from the traumatic vibe.

As a kid, half cut off my one thumb on the bread cutting machine while sneaking out for a late night snack in dimmed light. Was taken to hospital and it was barely saved and put in bandage. Skip some weeks, my family is on a trip to Brazil and we’re at the monkey cage. While one monkey distracts me by pulling my bandage inside the cage, another monkey bites his two sharp front teeth deep into my other, healthy thumb. A shriek by me follows, and I’m taken to the hospital again and now find myself in Brazil with both thumbs in bandage, and a story no one at school ever believed happened.

The thread wasn’t the only area of the site in which redditors exchanged horror stories. On the same day, redditor OneForJustice called for firefighters, cops, and EMTs to share their own horrible—or amusing—stories from their time on the job.

SOMEBODY HELP ME! PLEASE, SAVE MY BABY” We were ordered not to go into that house. There was no chance they would make it out alive, even if we got to them. So I stood there was two minutes listening to a desperate mother cry out for help, powerless to do anything. All I could try and block out her screams as we worked to make sure the fire didn’t spread to a neighboring house.

“I gave my father CPR as he died when I was 18,” wrote dummystupid.

The thread was balanced out with several stories detailing everything from living in squalor to a morbidly obese woman who, while being arrested and processed, had a grilled cheese sandwich drop from her skin folds.

In related news, r/aww saw its biggest-ever spike in traffic.