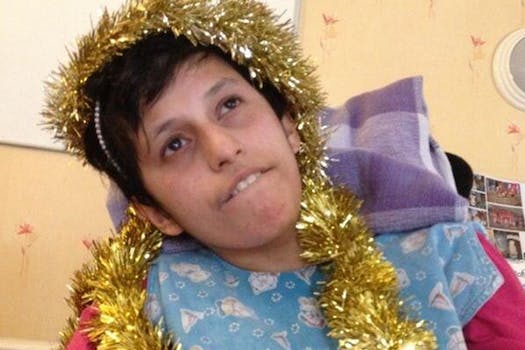 Is this woman really “fit to work”?

According to a U.K. government contractor, a woman with an estimated mental age of 3 is “fit to work," and can't collect her disability benefits.

According to a U.K. government contractor, a woman with an estimated mental age of 3 is “fit to work.”

In conjunction with recent cuts to U.K. welfare benefits, French consulting firm Atos was hired to assess disability-related welfare claims. Atos has already received a great deal of criticism for their Work Capability Assessment, which graded many people with serious long-term disabilities as “fit to work,” and thus ineligible for benefits.

According to government figures revealed by MP Michael Meacher earlier this year, 1,300 people died after receiving this “fit to work” declaration from Atos representatives. Characterising the Work Capability Assessment process as a bureaucratic nightmare, many unfair “fit to work” cases have already made headlines across the country.

The latest victim of the Work Capability Assessment is Fahmeena Rahman, a 30-year-old woman with Cerebral Palsy. She’s nonverbal, unable to walk, and likes to be called Princess Meena—but according to Atos, she’s fit to work, and therefore can’t receive disability benefits.

On Thursday,  Meena’s sister Farzana (@bananarahmana) turned to Twitter to share her experiences, explaining the difficulties she’d encountered with Atos. 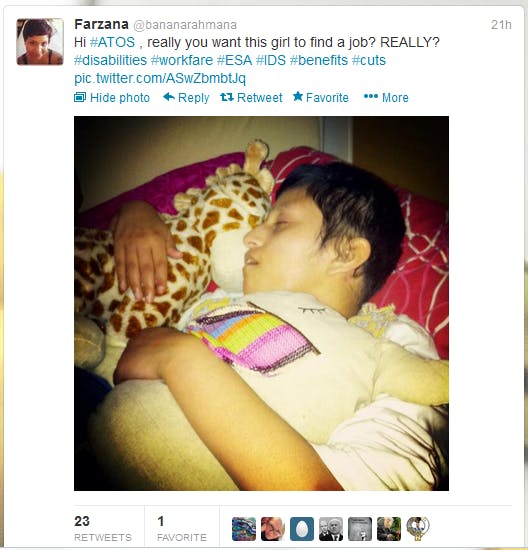 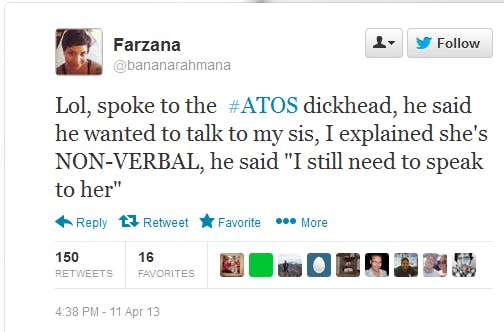 Political blogger Tom Pride publicised Meena’s story, writing, “If you have any ideas for jobs that Meena can do, you can post your ideas under the hashtag #JobsforMeena on Twitter.”

The #JobsforMeena hashtag may seem like a recipe for “don’t read the comments” disaster, but it was quick to catch on. Along with the obvious tweets suggesting that Meena take over as Prime Minister or work for Atos herself, hundreds of Twitter users were quick to share Tom Pride’s blog post with their local MPs or post the contact details of the Atos PR team.. 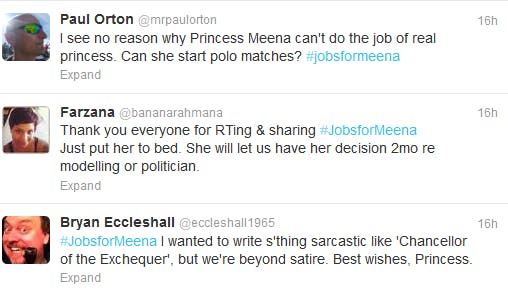 For many, Meena’s case is proof that Atos is living up to it’s reputation as a Dickensian villain for modern times. After seeing the #JobsforMeena hashtag, one well-meaning Twitter user even set up an Indiegogo campaign—without the knowledge of Meena’s family. Meena’s sister, who plans to take the official route of applying for a reassessment with Atos, has already asked for the fundraiser to be taken down.

The nature of viral social media campaigns is such that it’s almost expected for an Indiegogo account or petition to show up, regardless of the campaign’s original intentions. But this type of kneejerk reaction doesn’t always pan out. While many people were eager to help someone who had been screwed over by the ever-unpopular Atos, Farzana just wanted to share her sister’s story and hear from people in similar situations.

Rather than donating money, Meena’s family would prefer that people stay up to date via Princess Meena’s blog, and allow the #JobsforMeena tag to die out on its own.