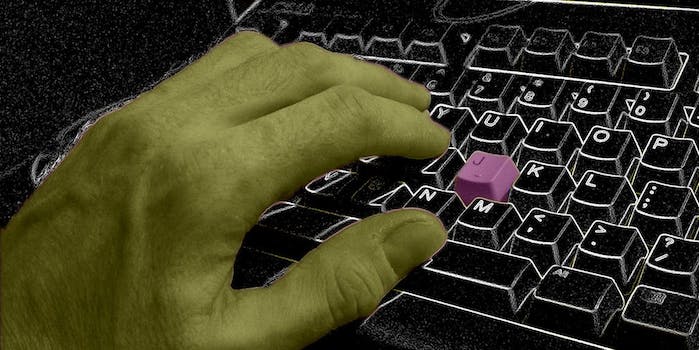 Blame the 24 hour news cycle, sloppy reporting, or arrogance, plagiarism is worse than ever before in journalism.

It’s getting to become a tale as old as time: Well-regarded liberal-minded writer turns out to be serial plagiarizer.

This past weekend brought us the revelation that C.J. Werleman, a frequent contributor to Salon and AlterNet, had repeatedly lifted phrases from others without attribution in his articles. An outspoken atheist, having authored several books on the perils of religion, Werleman had most recently been known for his fierce, some might say overstated, criticisms of other prominent atheists like Sam Harris and Richard Dawkins. Earlier this month on the progressive online program The Young Turks, Werleman engaged in a roundtable discussion about Harris’s views on Islam, plainly comparing him to Sarah Palin and only barely stopping short of calling him a danger to society.

It was Werleman’s longstanding rhetorical attacks on Harris that brought his work to the attention of blogger Godless Spellchecker, who along with philosopher and author Peter Boghossian, uncovered several instances of plagiarism. They posted their evidence in a blog post last Friday. Without getting into the minutiae of who believes what, the blogger’s first bits of evidence seemed damning enough: Werleman appears to purloin conclusions and insights on topics ranging from Islam to poverty word for word without the faintest trace of citation.

At first, Werleman downplayed the allegations, claiming he was targeted by Harris supporters for the pettiest of journalistic faux pas: Relying too heavily on cliches and failing to properly cite facts. He even went as far as promising to unveil Sam Harris’s own plagiarism in due time, apparently abiding by the playground etiquette of “Well, he did it too!” (The allegations were rather easily dismissed by Harris.)

As the weekend continued and more examples of his sloppy copying were brought to attention by The Daily Banter writer Michael Luciano, Werleman issued a more contrite, if equivocal, statement on his Facebook page, admitting that a half-dozen instances spaced throughout his long volume of work (including 21,000 tweets, no joke), fit the dictionary definition of plagiarism, though he insisted several could be chalked up to editing errors. (He has not addressed the many other alleged examples brought to light later.)

On Monday afternoon, his now presumingly former home AlterNet took down all his articles and issued a less mealy mouthed note of apology for having misled its readers and defrauded the sources Werleman stole from. Salon recently commented on the situation on their “corrections” page, citing the offending paragraphs and saying that they “deeply regret the oversight.”

Werleman is only the latest in a string of plagiarism scandals involving liberal-aligned writers, coming on the heels of allegations made this summer toward CNN media personality Fareed Zakaria and Pulitzer award-winning journalist Chris Hedges. For the added irony, one of the phrases lifted by Werleman comes from a Zakaria piece, and Hedges is cited in another article by Werleman a paragraph above an unattributed quotation passed off as original.

In a June article for the New Republic, freelance writer Christopher Ketcham detailed several instances of alleged plagiarism by Hedges, a former New York Times foreign correspondent. An internationally celebrated progressive writer known for his forceful pleas against corporate influence and political warmongering, Hedges was set to publish an article on the struggling town of Camden, New Jersey for Harper’s magazine in early 2010. According to Ketcham’s interviews with several of the magazine’s staff involved in fact-checking his proposed draft, Hedges repeatedly and blatantly lifted material and quotes from another journalist, Matt Katz, and attempted to present them as his own work.

Ultimately, Harper’s chose not to accept Hedges’ manuscript for publication after he refused to make changes in attribution—a version of the Camden article, though few know to what extent it had been retooled, would later appear in The Nation. Ketcham went on to describe several more acts of unattribution by Hedges throughout his storied career. Hedges, after briefly responding to the New Republic piece, has seemingly suffered no ill effects as a result of the expose, continuing to enjoy a weekly column at progressive news outlet Truthdig.

Fareed Zakaria, on the other hand, had already once been caught and punished for plagiarizing several sections of Jill Lepore’s article on gun control for a Time magazine article in August 2012. Which makes the current lack of response by any of his employers after a series of articles written this summer laid out a long history of plagiarism by the CNN host baffling. Co-authored by anonymous media watchdogs (and irreverent Twitter handles) @crushingbort and @blippoblappo on their blog Our Bad Media, the articles are nonetheless meticulous in their deconstruction of Zakaria’s repeated pattern of crafting paragraphs that ever so slightly shift the ordering of another writer’s words in order to present them as his own and forgo the tedious process of attribution; though at times, Zakaria appears even too lazy for that.

Prior to Zakaria, Our Bad Media investigated former BuzzFeed writer Benny Johnson, who (not being part of a major news network’s Sunday morning lineup) was decidedly less able to ignore their conclusions and was released by BuzzFeed soon after OBM’s findings were made public. Even Johnson has since retained employment at the National Review, a scant few months after the discovery that he mined Yahoo Answers and called it journalism.

If C.J. Werleman were to face yet further consequences, he’d be the shiny exception this year. Which brings up the depressing question of whether we’ve started to not even care about plagiarism at all and why.

Hedges and Zakaria, despite refusing to cede any guilt in full public view of their copy-and-paste, find-and-replace schtick, continue to enjoy enviable reputations as media firebrands. The numerous organizations that have stood behind the two, both mainstream and alternative, have heaped praise for their wisdom and integrity, refusing to acknowledge the distinct possibility that one could both be a talented writer and a crooked plagiarist. Or to realize that the former makes the latter an alluring proposition.

Hedges, Zakaria, and (to a lesser extent) Werleman do not position themselves as merely writers or journalists, but commentators, distilling down the fruits of their extensive knowledge on a complex topic to a broad audience. They sell not words, but insight, their original insight. To string together and cite other people’s research to form well-backed conclusions is admirable, but to synthesize seemingly new paradigms of thought out of whole cloth? Well, that’s just more marketable.

All three writers seem to crib the language of others to appear smarter and more insightful, even when they probably don’t need to (Johnson on the other hand seems to have plagiarized more out of convenience than hubris). As Our Bad Media put it themselves when attempting to analyze Zakaria’s motives, “We can’t read Fareed Zakaria’s mind, but we can reasonably draw the conclusion that ethics are secondary to his need to be perceived as a ‘thought leader.'”

And we buy it. Hedges and Zakaria, though certainly occupying different parts of the liberal spectrum, are best-sellers. Werleman is a five-time author with a social media presence of at least 30,000. It’s that selling power that makes it difficult to tear down unscrupulous acts of journalism for what they are: a violation of the trust readers should have in the writer, even if that writer sounds beautiful and seems outstandingly insightful.

I’ve been keeping a close eye on the Zakaria and Hedges stories since they first broke, and what I’ve seen the past few months has been entirely disappointing, especially as a young writer. I’ve seen journalistic institutions who boast of objectivity close ranks around their prized writers. I’ve watched non-anonymous media watchdogs like Brian Stetler lightly rap the knuckles of their CNN colleagues without going so far as to use the “P”-word. And I’ve witnessed devoted fans of Hedges, Zakaria, and even Werleman excuse their repeated lapses of ethics because of their perceived contributions to critical thought and journalism.

We might be tempted to place the blame on our current standards of media, where writer and reporter alike are forced to generate constant content at whatever the cost to keep their audiences’ attention, and that’s not a point I’m unsympathetic to. It’s harder than ever to be a fresh voice in an environment of 24-hour news cycles and shrinking budgets. But this is also the age of hyperlinks, where citation, if anything, is easier than ever before. I refuse to believe for a split second that showing my work will ever be an unnecessary step in my writing and should I someday make that sort of mistake, I hope I’d have the courage to take it on the chin and not hide behind my reputation or have others do it for me.

If only my supposed journalistic betters were able to say the same.

Note: An earlier version of this article stated that Salon had not yet apologized for the plagiarism incident. The outlet issued a correction and an apology since this essay’s writing. The piece has been updated to reflect that.

Photo via Josef Stuefer/Flickr (CC BY 2.0)