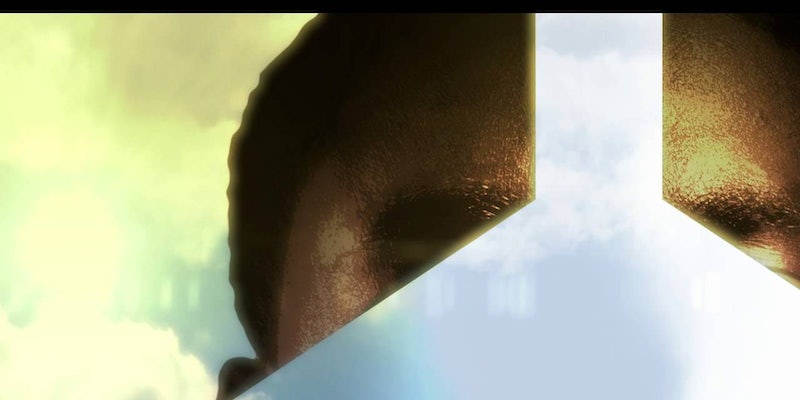 Trying to dismantle a sexist trope isn't enough for art to be 'feminist.'

In a Tumblr post last year, John Green responded to criticism that the book Paper Towns subscribes to the painfully hackneyed “Manic Pixie Dream Girl” trope—in which attractive, lively, and quirky women only exist to help male protagonists achieve happiness, without any regard for her own pleasure of fulfillment. Arguing that Paper Towns is a novel “devoted in its entirety to destroying the lie of the manic pixie dream girl,” Green said that his book is, at its core, about teaching its characters (and readers) that girls aren’t meant to be “saved,” and that it’s a hard point to miss.

But does that make Paper Towns feminist? It’s not quite so simple.

At the conclusion of Paper Towns, Quentin confronts Margo’s assertion of her own inferiority, but it’s a point that is said, rather than shown. She never completely evolves into a real character—she’s still a vehicle through which Green attempts to undermine the MPDG trope.

Green dismantles the “Manic Pixie Dream Girl” quite systematically, but what does he build in its place? If the trope is fallacious to start with, it’s not enough spend an entire novel stating that it’s bad, destructive, and ultimately unrealistic. It simply reinforces the seemingly endless feedback loop of ideas and reflections about feminism—and what makes a person or a work of art “feminist.”

There is no perfectly feminist anything, really. The definitions of “feminism” vary far and wide, between people and times and places.

That being said, the book, and its upcoming film adaptation, are progressive works. They send a wonderful message to adolescent girls, that they don’t have to be the image imposed on them by their social surroundings.

Green said in that blog post that he focuses more on themes than on plot, so the takeaway readers get from the story is perhaps more significant than the actual course the narrative takes. To say that Paper Towns doesn’t contribute anything substantive to the conversation, because of the way its female characters are portrayed, would be unfair.

For one, the book is more about vanquishing a trope for its male character than it is about establishing an alternative for the female characters. Interestingly enough, the climax of the novel is a young woman taking her love interest down a peg for idolizing and idealizing her. Green may not give Margo as much as weight as Q (which is understandable, seeing as Q is the narrator and Margo is a supporting character), but he does what he can to ensure that she isn’t simply molded to the male protagonist’s whims. She’s granted the autonomy to eventually be her own person.

And in the film version of Paper Towns, even more is being done to establish the female characters as complete beings in their own right. Though a relatively minor character in the novel, Angela—girlfriend of Radar, one of Quentin’s best friends—takes on a much larger role in the film. She even accompanies Q, Radar, Lacey, and Ben on their road trip from Florida to Agloe, despite not doing so in the book, a change that has Green’s approval. In an interview with MTV News, the author said, “Angela was awesome in the movie. I missed a real opportunity in the book.”

A work of art—be it film, novel, music, theater—cannot be feminist simply by virtue of being not-anti-feminist.

More attention is also being paid to constructing a counternarrative in the film, rather than just deconstructing one existing patriarchal narrative. A work of art—be it film, novel, music, theater—cannot be feminist simply by virtue of being not-anti-feminist. This is where the Paper Towns novel falls short, but the film fills in some of the gaps. For example, in the book’s conclusion, Margo exits the plot, leaving Q to reflect on his adventures. But the film takes some of the load off Margo, offering more complete female characters aside from her to be present at the end.

There is no perfectly feminist anything, really. The definitions of “feminism” vary far and wide, between people and times and places. Paper Towns candidly confronts how women are perceived by men in literature and film, but aside from circumspection, it doesn’t do much to reverse that trajectory. It’s not “feminist” in that it does not assert a manifesto; there’s no “cause.” It makes a point, but it doesn’t advance a mission. Paper Towns is a wonderful novel, but it can’t tackle every female-centric issue. It shouldn’t be asked to, but that doesn’t mean readers shouldn’t be aware of its deficiencies.

The film, too, acknowledges its own weaknesses—and is all the stronger for it. Q narrates the conclusion, reminiscing about his last few weeks of high school and the role Margo played. But instead of actually ascribing meaning to each of her actions, he simply ends by saying, “But hey, that’s her story to tell.”

Margo’s life, he finally realizes, is totally up to her.

Katherine Cusumano is a contributor at Bustle and Interview magazine. She covers subjects including music, film, fashion, and restaurants.