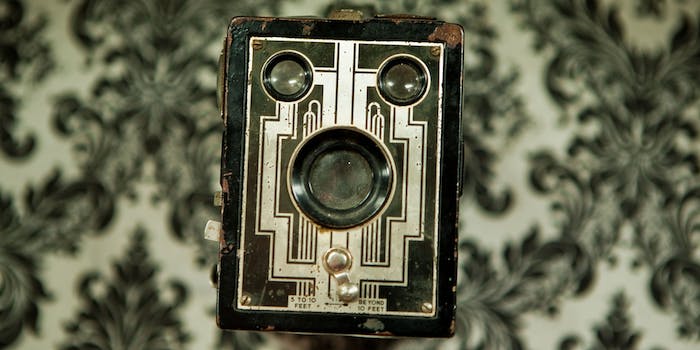 Posting a #NoMakeupSelfie is not the way to beat cancer

Wear makeup or don't—but don't pretend that the decision deserves a gold star for helping someone in need.

The other day, a photo popped up in my Facebook news feed. It was a photo of a sort-of friend I’d known in college, squinting at the camera but looking otherwise fairly normal. “#nomakeupselfie for cancer awareness!” read the caption. “Tag your friends to get them in on the fun!”

Over the next week or so, the trend sprouted like a weird fungus all over my newsfeed. Acquaintances whom I hadn’t spoken to in years would randomly exhort me to join them; their friends would congratulate them on being brave enough to post a photo of their makeup-free mug on social media.

It was a beautiful, warmhearted moment for all of us to come together and feel warm and fuzzy about caring for our fellow (wo)man—well, sort of. As the #nomakeupselfie trend got bigger and more self-aggrandizing, the whole “for cancer research” mission sort of got left in the dust.

Don’t get me wrong! At the beginning, this was, apparently, bound up in a good cause. After Kim Novak was eviscerated on Twitter for the apparent grave sin of having a face and living on a planet that makes an inevitable 365-day circuit around the sun, author Laura Lippman tweeted a photo of her own makeup-free face in solidarity. Other women joined in, sending in their own bare countenances, and lo, a viral trend was born.

In the U.K., at least, someone evidently remembered that Novak is a cancer survivor and decided to attach a link encouraging her friends to donate to cancer research as they posted their own #nomakeupselfies. British B-listers got in on the fun, too, and eight million pounds were donated to Cancer Research U.K. in a matter of days.

This, obviously, is the optimal result of a campaign like this when people are compelled to take action beyond the easiest possible way of “demonstrating solidarity” by picking up a phone and aiming it at their own faces. Hurrah!

The thing is, though, that at least by the time it was making the rounds on my own timeline, that link seemed to have disappeared yet again. For all the self-effacing goofy smiles and bashful captions, I didn’t see a single URL actually directing viewers toward cancer research funds.

Instead, it was back to “#nomakeupselfie 4 cancer awareness”—just like posting a Pokemon for child abuse, revealing bra colors for breast cancer, or sticking your #cock in a #sock, the latest way to demonstrate “support” for something was to take literally no action to actually help it whatsoever. (It’s worth noting that even in the U.K., where this trend did raise quite a bit of money, many people accidentally donated to UNICEF and/or tried to adopt a polar bear through the World Wildlife Fund. Worthy causes, both, but a bit off the mark.)

Maybe I seem like I’m being a curmudgeon. After all, what’s the harm in someone posting a photo of their bare face to their social media network in the pretend-name of a positive mission?

For one thing, I’m annoyed at the notion that going makeup-free has to be wrapped in a cozy, tender martyr-cushion of a “Good Cause.” The whole makeup-or-no-makeup-or-makeup-that-looks-like-no-makeup issue is already bound up in so much rhetoric about what society thinks women are supposed to look like versus what we actually look like versus what we choose to look like. It’s aggravating to pretend that bravely sacrificing your self-image to fight cancer is the only possible reason to put your unfettered face on the web.

Laura Lippman’s original idea, in which she drew attention to what she looks like without makeup as a woman in her 50s to mock those making fun of the 80-year-old Novak, was a solid political dig. Using the specter of cancer as an excuse to post a photo of what you look like without makeup is just propagating the idea that everyone needs that context in order to go bare-faced.

Wear makeup or don’t—I don’t give a damn. But don’t pretend that the decision deserves a gold star for helping someone in need.

Secondly, and more importantly, this kind of lazy activism is arguably detrimental to the cause it’s trying to support.

The thing is, nobody is actually against promoting cancer research and awareness. (I mean, I assume.) When you, the average Facebook user, see a flood of your friends taking what you see as action to help a cause you care about, it’s natural that you’d want to join in—and to fit in. By doing so, you’re identifying yourself as both part of a group and someone who believes in an admirable mission. And again, when those actions are accompanied by, say, including a link to donations, that’s an awesome way to harness technology for good.

But taking a selfie and putting it on the Internet is literally the easiest step you can take to rally behind a movement. You just lift your device of choice, point it at your face, and put it down again. You don’t even have to turn it around anymore these days. The thing is, though, that most people aren’t willing to take multiple steps to accomplish something they’re not 100 percent committed to.

That selfie-posting is now their entire “action step”: they can say, with confidence, that they did a “Good Deed” today—the same one they apparently saw their friends doing—without actually doing anything at all. It’s unlikely that they’re going to go the extra mile of finding a charity, linking to it in the action and, heaven forbid, actually digging out their credit card and forking over 10 bucks.

There’s a reason why researchers at the University of California, San Diego found that 99.76 percent of people who’d professed to care about a cause—in their case, “Saving Darfur”—never actually donated money to it. Clicking “Like” or “Post photo” is easy. Clicking “Confirm payment” is quite a bit harder.

This is not to say that hashtag activism, as the 24-hour news cycle calls it these days, is unilaterally useless. When they’re spreading ideas (like Mikki Kendall’s #solidarityisforwhitewomen campaign) or actually spreading awareness (like this company that memorably waxed guys’ scrota to teach the public how to check for testicular cancer) their inherent tendency to go viral can be extremely effective.

We all know cancer’s out there, though. It’s affected a hell of a lot of us directly and immensely. So “spreading awareness” of it shouldn’t be our goal. Actually contributing the funding, resources or even the time to fight it should be.

This article was originally featured on XOJane and reposted with permission. Kate Conway is the Queer Studies editor at XOJane, where she edits and writes about various progressive issues.