To infinity and beyond: NASA tweetups bring fans along for the ride

Remember Space Camp? There’s a new, age-appropriate way to hang out with astronauts.

For children of the ’80s raised on Star Wars and Tang, few things held more allure than Space Camp.  Advertised in the pages of Nintendo Power, Zoobooks, and other pillars of kids’ journalism, Space Camp promised nothing less than a far-out adventure filled with zero-gravity simulations, a ride on that contraption that spun you in a million directions at once, and all the freeze-dried ice cream you could eat.

But while your chance to play space traveler under the protective shroud of childhood innocence is long gone, there’s a new, age-appropriate way to hang out with astronauts and other space enthusiasts: NASA tweetups.

Here’s how it works. Followers of the @NASA Twitter account sign up for a chance to visit the organization’s facilities and interact with astronauts, engineers, scientists, and fellow fans. The tweetups are free and last anywhere from two hours to two days, with around 150 spots available by reservation for each event.

The largest number of applicants for a single tweetup? 5,200 for the final shuttle launch last July, according to Stephanie Schierholz, former NASA social media manager behind @NASATweetup. But Schierholz said interest in the tweetup program was high right from the start.

“NASA Headquarters held its first #NASATweetup on July 21, 2009, with the first astronaut on Twitter, @Astro_Mike Massimino, and the STS-125 Hubble repair crew,” said Schierholz. “We only advertised it locally and on Twitter but got responses from all over. It was remarkable. One man flew over from Spain for a two-hour event with the crew.”

NASA’s social media initiative is about more than just giving space fans the chance to hang with their favorite astronauts. It’s about building a community around NASA’s activities and keeping taxpayers informed about what the organization is doing with its $17.8 billion budget.

To that end, NASA maintains and promotes 157 Twitter accounts, including 32 held by astronauts, and posts a new image to Facebook every day.

“NASA has a strong culture of communicating its activities,” Schierholz added. “Social media provides another way to do that with the additional opportunity to reach people in a new way. We have an award-winning website, but it requires people to come to NASA. If we get in their Twitter stream or Facebook news stream or Foursquare check-ins, we’re reaching out to them where they already are.”

Laura Lorek, an Austin, Texas-based tech reporter, attended the event and said that while the tour of the high-tech facility was a thrill, it didn’t compare to having the opportunity to interact with the astronauts themselves in person.

“We got to see the zero-gravity chamber, we got to see the world’s largest wind tunnel and the exercise facility where they train the astronauts for space … all of those things were really fascinating. But hearing these guys talk, that was the best part.”

“These guys are unbelievable,” Lorek added. “I think they’re like rock stars. Bigger than rock stars, because they’re space stars.”
NASA isn’t the only government organization to hold meetups via Twitter.

Last month, the White House invited some of its Twitter followers to watch President Obama’s State of the Union address live and attend a panel with administration officials following the speech.
And just because the shuttle program is discontinued doesn’t mean NASA is done launching spacecraft.

So there could be some attractive tweetups ahead. And who knows? Depending on how the presidential election shakes out, the next tweetup could be coming at you from Moon Base Newt. 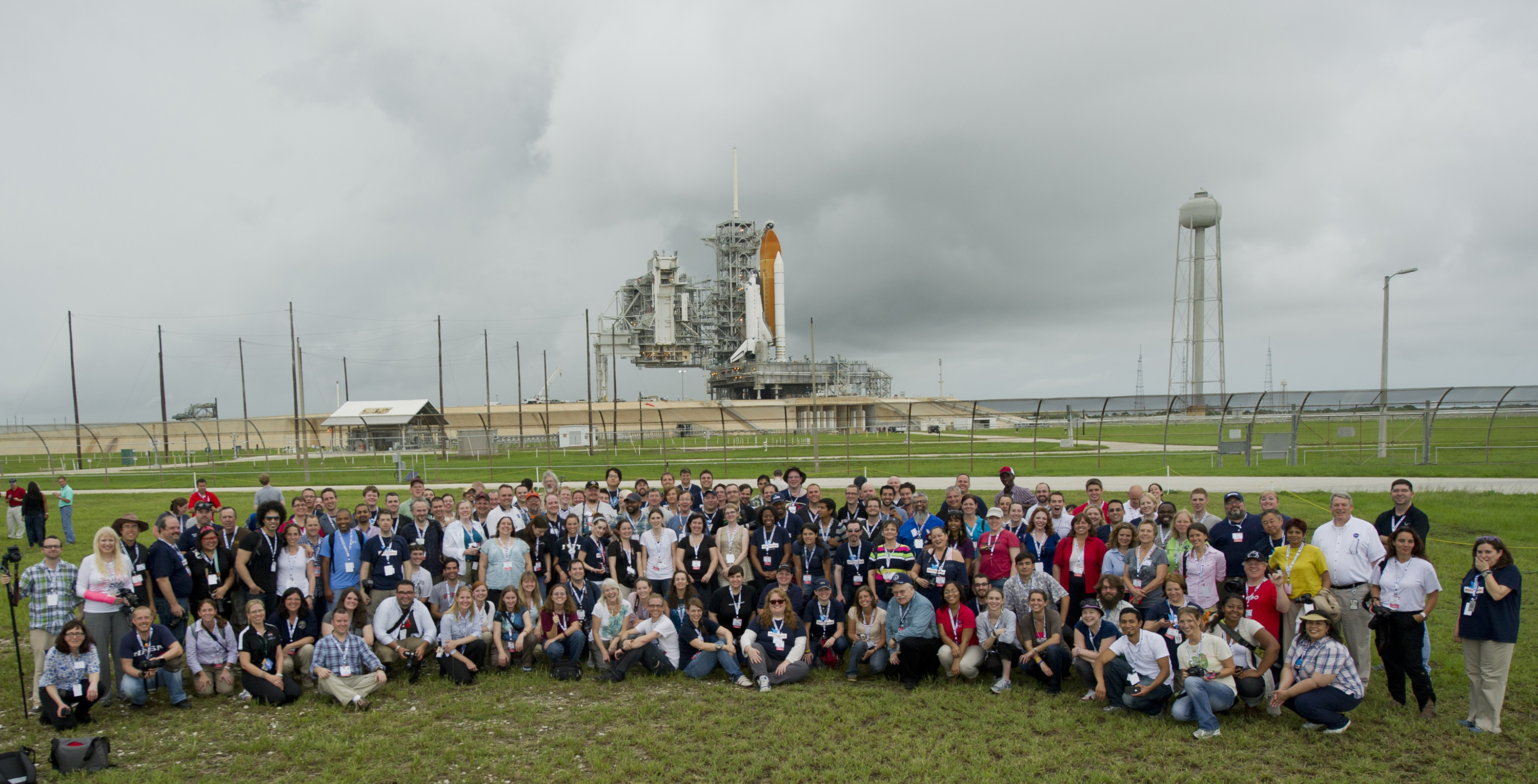