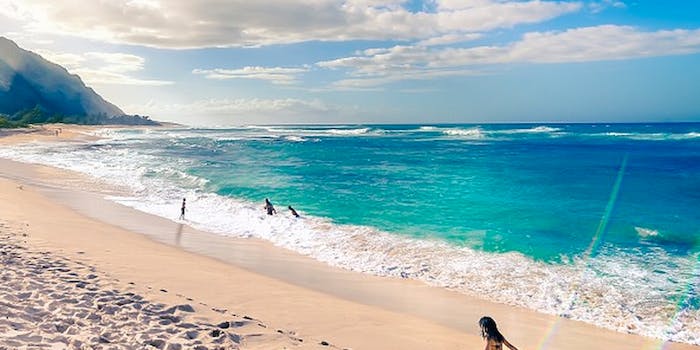 Myspace Tom’s Christmas break was way better than yours

Myspace founder Tom Anderson makes us all envious with his tweets and Instagrams from Hawaii.

Myspace cofounder and eternal white T-shirt wearer Tom Anderson is having himself quite the little holiday.

For the past few weeks, Anderson has been tweeting and Instagramming pictures (while mastering the art of the humblebrag) of his trip to Hawaii. He duped News Corp. into buying the once-hot social network for $580 million in 2005 and later left the company, so the now-retired entrepreneur has a lot of free time on his hands.

So what exactly has America’s First Friend been up to? Judging by his Instagram account, it’s not some Sandals-sanctioned trip. He’s been deep sea diving, hopping between islands at the sight of a raindrop, and soaking up all the botanical pleasantries the state has to offer. Oh, and obviously he’s becoming very adept with the wide array of filters Instagram has to offer.

While we slave away just hoping for the occasional half-day off, at least we can live vicariously through Anderson’s pictures. A true friend would’ve invited us, Tom.

Let’s take a look at what our most annoying (we’re just acting out because we’re jealous) friend is doing. Hope he packed a clean T-shirt.