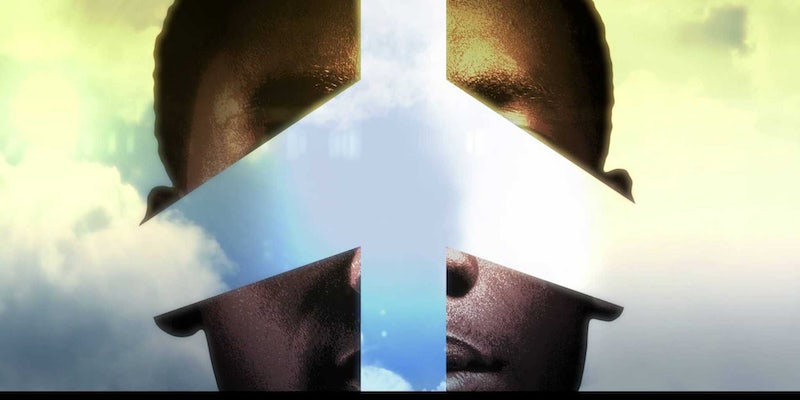 The first MLB player came out this week. Sam's struggle may make his journey a little easier.

There was once a man named Buck O’Neil. He was a baseball player, and he was probably good enough to play in the major leagues. But his prime athletic years came in the late 1930s and early 1940s, and O’Neil was a black man. At that time, black men—no matter how good they were at baseball—were not allowed to play at the highest level of the game.

The color line was invisible but unrelenting. By the time O’Neil strode to home plate one last time at the end of his career, it was 1949, and there were already a handful of black players in the major leagues. O’Neil wasn’t one of them. He ended his career with the Kansas City Monarchs in the Negro Leagues, that color barrier keeping him from tasting the sweetness of the MLB.

He died nine years ago, and along with Jackie Robinson, O’Neil—the first black coach to be hired in 1962—is one of the most important black players in baseball history. Like Moses, he never reached the promised land, destined forever to remain the stepping stone who lifts up everybody around him—while receiving little of the glory himself.

O’Neil and Michael Sam would have a lot to talk about.

In May 2014, Sam was poised to become the first openly gay player in NFL history. He was the first to be drafted (St. Louis took him with the 249th pick), and as the TV cameras recorded his reaction to the Rams’ phone call that made him a historical figure, Sam broke down and cried, kissed his boyfriend, and made much of the nation weep.

But Sam wasn’t actually in the NFL, much in the same way O’Neil was never a major league ballplayer. Sam was released by the Rams before the 2014 season began, and he was later signed by the Cowboys for their practice squad. The Cowboys released him midway through the year. Later, he was signed by the Canadian Football League’s Montreal Alouettes, and after taking a leave of absence from the team, he returned briefly only to announce this last week.

The last 12 months have been very difficult for me, to the point where I became concerned with my mental health. Because of this I am 1/3

going to step away from the game at this time. I thank the Alouettes for this opportunity and hope to be back on the field soon. Thank 2/3

you all for your understanding and support. 3/3

Forget for a moment the debate about whether Sam’s sexual orientation kept him from keeping an NFL job—the fact is, at this moment in his life, Sam isn’t ready for the NFL.

This is not necessarily his fault. Sometimes players who star in college simply aren’t good pros (many considered Sam to be a tweener, a player who was too slow to play linebacker and who was too small to play defensive end). We probably won’t ever find out. But here’s what we do know. Sam came out of the closet before the NFL draft, and like it or not, that decision has followed him around like an aggressively playful puppy. It’s a decision that added too many lights and cameras, added too many expectations and questions, and added too much damn weight to his every move.

Some of it, like his appearance on Dancing with the Stars, Sam embraced. But even if he didn’t want to accept the baggage that came with his decision, that didn’t stop the Internet from hanging it around his neck.

The Internet hurt Sam in a way that O’Neil and his colleagues never experienced. Those black players who made the major league in the 1940s had to deal with disgusting fan reactions and nasty attitudes from their colleagues. But they didn’t have their every move Instagrammed to the world. Sam didn’t have problems with fans or teammates, most of whom seemed supportive. But the Internet and its power of never having to give its target a moment’s peace was too much for his career to overcome.

Like Moses, he never reached the promised land, destined forever to remain the stepping stone who lifts up everybody around him—while receiving little of the glory himself.

Michael Sam was in talks to film a documentary with Oprah Winfrey? The Internet was there to comment.

Michael Sam and his fiancé broke up? TMZ was all over it.

Sam is a trailblazer, and he didn’t actually have to play a down in the NFL in order for his impact to be felt. But Sam also offers an important lesson to those gay athletes who will march along the same path. As ESPN.com’s Kate Fagan wrote, “Everyone around him seemed to have many different interests—and too few involved the game itself. … Sam worked hard. Just not always at the right thing.”

Perhaps David Denson can heed the lessons Sam, willingly or not, has taught. Denson is the Milwaukee Brewers minor-leaguer who announced last week he was gay, becoming the first active player affiliated with MLB to do so.

Compared to Sam, Denson’s journey has been low-key, because he’s still in Helena, Montana, playing rookie ball and because he was immediately wrapped in a bear hug by the Milwaukee organization. There are no Oprah documentaries planned for him. He’s just focused on baseball and eventually getting to the end point that neither O’Neil nor Sam could find.

“Growing up trying to hide it, knowing I’m an athlete, I was always nervous that my sexuality would get in the way of me ever having an opportunity, that people would judge me on my sexuality and not my ability,” Denson told the Milwaukee Journal Sentinel. “I wasn’t able to give fully of myself because I was living in fear. … Instead of going out and just playing, I was trying to hide myself.”

Those black players who made the major league in the 1940s had to deal with disgusting fan reactions and nasty attitudes from their colleagues. But they didn’t have their every move Instagrammed to the world.

Denson faces long odds of actually making it to the majors, because only a tiny percentage of minor leaguers ultimately end up there. But Denson’s journey might be easier because of what Sam sacrificed, if only because Denson can learn from where Sam erred.

Sam is a flawed football player, but that doesn’t take away from his importance. In much the same way that O’Neil never made the majors, that didn’t make his role as a leader any less important for the black players who followed him—players like Ernie Banks, Lou Brock, and Billy Williams, all of whom are Baseball Hall of Famers who O’Neil helped influence. O’Neil was even more important later in life, helping keep the Negro League memories alive and becoming one of baseball’s best ambassadors.

And when the Baseball Hall of Fame created a committee in 2006 to formulate a list of Negro Leaguers who deserved to be inducted into the Hall of Fame, O’Neil was a sure thing. NBC Sports’ Joe Posnanski wrote, “’You’re going to get in for sure, Buck,’ he was told countless times by people all around baseball. The congratulations poured in before he was officially elected. Newspaper accounts had him all but in. Everything about the day was set up as a celebration for a life in baseball.”

That committee elected 17 men. None were named Buck O’Neil. None of those men were alive either. As such, somebody needed to speak on their behalf at the induction ceremony. O’Neil—ever the star playing the supporting role—was happy to do it.

O’Neil could have told us that sometimes, a man to watch as others walk right on by to the land of milk and honey and be content that he helped create the bridge that allowed everybody else inside. Buck O’Neil didn’t get to the promised land. Michael Sam probably won’t either. They’re the trailblazers and teachers who are doomed to watch everybody else enjoy the result of their hard work.

Josh Katzowitz is a writer for Forbes, the Wall Street Journal, and others. Katzowitz is the author of an e-book on Johnny Manziel, a biography of Sid Gillman, and Bearcats Rising.