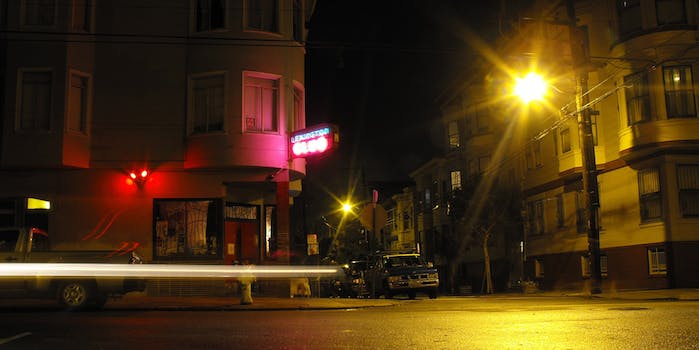 With the shuttering of the Lexington, San Francisco's fate as a victim of the tech industry has been sealed.

The last time I was in San Francisco, I saw an entire family living in a tent underneath the highway overpass across the street from Zynga’s offices. This image of abject poverty set against the headquarters of the social gaming giant behind FarmVille—which just crossed $1 billion in sales last year—is a painfully apt illustration of the social and economic forces that are currently turning San Francisco into a shadow of its former self: Silicon Valley capitalism, gentrification, and the widening income inequality that results from their mutual interaction.

Just last week, these forces took another casualty: The last lesbian bar in San Francisco. Last Thursday, Lila Thirkield, owner of The Lexington Club, took to Facebook to announce her plans to sell the bar, which is affectionately known to residents as “the Lex.” What was once a bustling club catering to queer women has become an untenable business in a city that is quickly now too expensive to maintain a meaningfully diverse population. In her announcement, Thirkfield writes:

When a business caters to about 5 percent of the population, it has tremendous impact when 1 percent of them leave. When 3 or 4 percent of them can no longer afford to live in the neighborhood, or the City, it makes the business model unsustainable.

The decline in queer female customers, as Thirkield indicated in an interview with 48 Hills, is an inevitable consequence of the way in which gentrification exacerbates longstanding gender inequalities. Women already earn less, have less disposable income, and consume less than their gay male counterparts, who still have plenty of hotspots remaining in the city. Add a skyrocketing cost of living on top of those structural inequalities and queer women have even more motivation to load up their U-Hauls and build a nest elsewhere.

San Francisco as we know it is dying and the closing of the Lex is nothing but the most recent warning sign that the city is being consumed by wealthy white heterosexual culture. Zoë Corbyn of The Guardian is right to declare that “there appears [to be] no end in sight” for the “white male-dominated, monied monoculture of the tech industry.” As employees in the high-paying tech and information sectors flock to Silicon Valley, home prices are soaring and the city’s historic diversity is fading away. The Black population in San Francisco, for example, decreased 20 percent between 2000 and 2010. Across the bridge in Oakland, racial diversity is still intact, but even there the Black population has dipped substantially over the last decade. And with the median home price in the city now at a staggering $1 million, families especially are fleeing across the Bay or moving further down the Peninsula.

The LGBT community has been particularly affected by San Francisco’s gentrification problem, especially at the intersections of racial and class inequality. As of 2013, a full 29 percent of the City’s 6,436 homeless people identify as lesbian, gay, bisexual, transgender, or queer. On Think Progress, Sacha Feinman notes that San Francisco’s LGBT homelessness problem is driven by two distinct but interrelated phenomenon: First, queer people drawn to San Francisco because of its progressive reputation find themselves unable to afford shelter when they arrive and second, queer people who already live in the city are being evicted as rent and home prices soar.

LGBT businesses are also feeling the pinch, especially if they cater to populations outside of white gay men. In February, Esta Noche, a club frequented by gay Latino men, was bought up by a high-end bar and lounge. And back in 2005, The Pendulum, widely known as the only bar for gay Black men in San Francisco, closed its doors and it has since been replaced by a gay bar with a website that exclusively features white faces. After years of such disappointing closures, the historically gay Castro district already feels like a place for tourists and wealthy white gay men. Ten more years of unchecked gentrification will only serve to set that sobering fact in stone.

As subcultures, countercultures, and just plain culture are drained from the City, San Francisco is becoming a high-tech dystopian playground for rich white people. A lesbian in San Francisco might not have a watering hole anymore, but Google employees can take an Uber to a literal underground bar and drink expensive craft rum. Black neighborhoods in San Francisco might be dwindling, the city’s wealthy can now use a smartphone app called SketchFactor to avoid them altogether. As homeless people in the city sleep in the same clothes they’ve worn for a month, elite San Franciscans now have their choice between not one, not two, not three, but four full-service laundry pick up and delivery services.

The closing of the Lex is merely one of several final straws for a San Francisco that is being transformed with terrifying speed into a ghost of the place that it is famed to be. The city that was once seen as a bastion of American liberalism is, as Salon reports, now “trending right” as libertarian tech employees and the conservative rich displace traditional San Francisco liberals. And the city that used to be a nationwide symbol of acceptance to the LGBT community is now a place where many queer people couldn’t even afford an apartment or a round of drinks, for that matter.

Nearly forty years ago, as Newsweek’s Joe Kloc recalls, gay activist Harvey Milk led thousands of marchers through the Castro chanting a famous slogan from the Stonewall riots: “Out of the bars and into the streets!” At the time, they were organizing in response to an anti-gay ordinance being passed in Miami but it’s not a coincidence that the slogan continues to be cited by LGBT activists who protest the gentrification of San Francisco. But if the death of the Lex is any indication, the battle against gentrification in the city continues to be a losing one. You can’t go out of the bars when all the bars are gone and you can’t march through the streets when they no longer belong to you.

Photo via Matthew Rutledge/Flickr (CC BY 2.0)