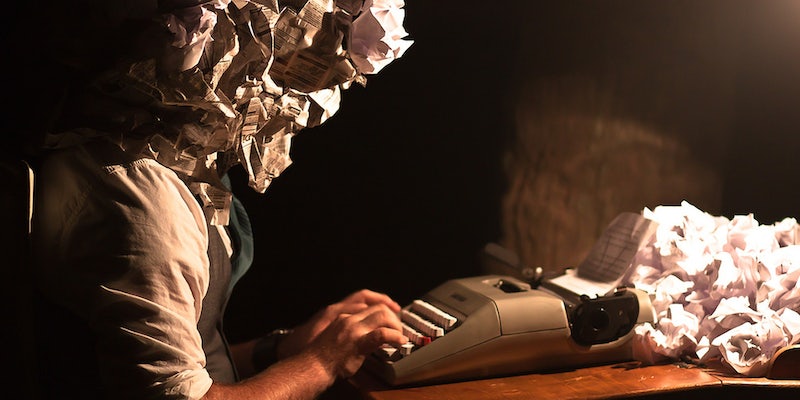 We're all tired of junk websites cluttering up our search results, but Google is actually doing something about it.

Content farms are one of the seven plagues of the Internet, lying in wait for anyone who dares initiate a Google search in the hopes of finding factually correct and useful information. Even as firms like Google and Microsoft struggle to keep up with content farms, these pernicious sites are always leaping ahead to game the system through SEO and a growing toolbox of tricks. Google might be about to change that with Knowledge-Based Trust, an extension of the company’s search algorithm that would evaluate sites on the basis of accuracy, not just networks of links and keywords. It’s about time, because content farms need to die.

Such sites don’t exist for the purpose of providing information to users; their main function is to generate ad revenue, and to do so, they need something for visitors to land on. They’re littered with articles on topics like home and gardening, cooking, travel, history, and anything else site administrators can dream of that they think will entice searchers, churned out by an army of underpaid writers. Some receive just a few dollars an article, with most content farms paying under $20 per article or offering no pay up front, but the promise of a share of ad revenues.

The same holds true for editors, who theoretically act as the bulwark between erroneous and incoherent content and the world. Copyeditor Jessanne Collins wrote about her experiences working for Demand Media, which at its height produced some 4,000 articles daily. Her “Summer on the Content Farm,” she said, “made me wonder if their supply of overqualified professional editors with the time and inclination to throw their labor into a Web well for 1980s babysitting wages wasn’t dwindling, just a little. I took my summer’s worth of earnings, $10.50, and called it a day.”

It’s a hugely profitable industry. For content farm executives and managers, ad revenues can generate generous salaries, as can resales of syndicated articles to other sites. Even writers can do well if they’re willing to commit to the grinding work of turning out 500-800 word articles on a never-ending sea of topics. Writers working for content farms learn how to push articles out in just minutes, making up for poor pay in volume; it can take less than ten minutes for a writer to whip an article together from start to finish. All it requires is a quick search for the article keyword, pulling a handful of facts from unverified sources, and repackaging them with additional keywords to drive the page up in search results.

For some writers, it pays off. Big time. In 2010, Ad Age profiled just one example: “Fast forward two years and Ms. Jill, who was briefly homeless after being laid off, says she’s made just under $100,000 in the past year.” Such sites are quick to say that success stories like Ms. Jill’s aren’t necessarily replicable, but at the same time, they dangle examples like hers in front of desperate writers eager to make some money or jumpstart their career. Many new writers don’t realize that a history of working on content farms doesn’t always look good on a resume.

For Internet users and search firms alike, content farms are annoying—and dangerous, especially if you haven’t been taught about how to evaluate sources before using their information. Not for nothing are educators bemoaning the lack of critical thinking exhibited by students who routinely cite content farms and other sites with poor reputations because they don’t know how to evaluate sources, despite attempts at educating them.

Search companies, meanwhile, stand to make a profit from ad placement, and they don’t appreciate seeing content farms game the system. While they might not be as invested in the accuracy of results, companies like Bing make their money through ad revenue, not public service; when content farms artificially inflate traffic for major returns on ad placement through the proliferation of inaccurate content, search engines pay the price. Thus begins the game of cat and mouse between search giants and crafty content farms.

Google programs like Panda went after sites producing a high volume of content, looking for tell-tale signs that they were content farms, like repetitive and unoriginal material, and pushing their page ranks down—in some cases, way down. Search engines also attempted to subvert the keyword problem by looking for keyword-heavy articles and gibberish, so content farms have dropped the number of instances per article. They’ve also attempted to diversify their keywords, paying a premium to writers who can produce more natural-looking content.

Reputation has become another factor for search firms attempting to control the content farm problem. Such sites link within and to each other, buying links on other sites to increase perception of reliability and driving up their traffic by creating a strong link-based network to inflate their online value. Search engines have also attempted to dilute the power of linking by creating reputations based on traits beyond simply evaluating how many links a page has; for example, they evaluate their quality and ding sites on connections to illicit or illegal industries, scams, and the like.

Google’s Knowledge-Based Trust opens up another possibility that could be the death of link farms or could at least represent a devastating blow. The system evaluates the facts prevented by a site, compares them with a reliable and regularly updated database, and penalizes sites with inaccurate information while rewarding those with “good” facts, bringing them further up in search results. To get around cases where individual pages may not provide enough information, the tool examines a site as a whole for more context.

Content farms wouldn’t be able to post slapdash, hastily constructed articles anymore. Fact-checking can be laborious and complicated, and ironically, writers evaluating facts would likely find themselves wading through bad information at other content farms until those sites were driven down in search results. Instead of being able to pull from one or two sites, it would be necessary to go directly to sources and compare; an article on “social psychology,” for example, couldn’t afford to rely solely on a two-line definition on a psychology website.

For writers, there’s not a strong incentive to do substantially more work at the same rate of pay. If it takes five times as long to produce an article that will still effectively game Knowledge-Based Trust to drive traffic to a content farm, but a writer is earning the same amount, it becomes financially impractical. That means content farms have to raise wages, which drives their bottom line down, making them less profitable.

Moreover, they need to weed through archives and cached material to remove old, inaccurate content, reducing themselves to skeletons that need to be rebuilt from the ground up and creating a radical drop in traffic. At the same time that writers will be demanding better rates, they need more writers working to build up their content again, and they’ll be facing lower traffic numbers, making them less appealing to advertisers.

For Internet users, the results will be a radical shift in what they see when they Google “Paris hotels” or “how to make yogurt,” with more reliable information from sites with a higher trust ranking. Not everyone, though, thinks this is good news. Some, like the Daily Caller, are claiming that Google wants to be an “arbiter of truth online,” while others suggest the move will close down independent media.

These reactions, though, miss part of the point of Knowledge-Based Trust; some facts shouldn’t be subjects of debate, particularly when it comes to science. People looking for information on the safety of vaccines, for example, should be provided with medical sites that offer accurate information reflecting study outcomes from numerous safety analyses, not scaremongering from anti-vaccination sites. Likewise, hoaxes and conspiracy theories will drop in the rankings, allowing news—including independent investigations and alternative media—to filter to the top.

The parties who stand to suffer most when the technology is rolled out are content farms, and we shouldn’t be mourning their death. After multiple attempts to clean up the Internet, maybe Google will finally kill them off altogether.