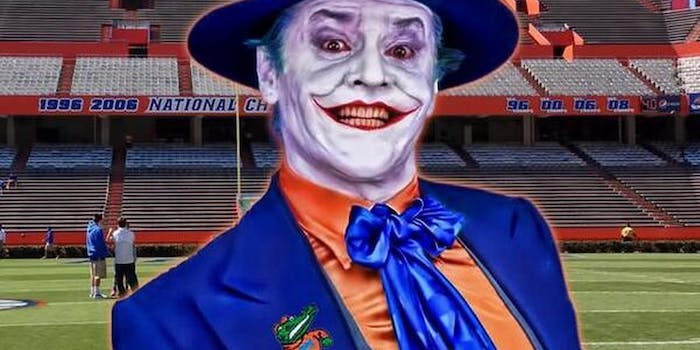 For some reason, Coach Joker Phillips's Twitter account is now spewing terrifying, terrible art that puns on his first name.

To quote the University of Florida’s head football recruiter, “The message is CLEAR.”

He wants to scare the ever-loving daylights out of potential players on Twitter.

For some reason, Coach Joker Phillips’s Twitter account is now spewing terrifying, terrible art that puns on his first name. Specifically, he seems to want players to associate him with the Joker from Batman comics—you know, the chaotic, psychopathic archvillain. 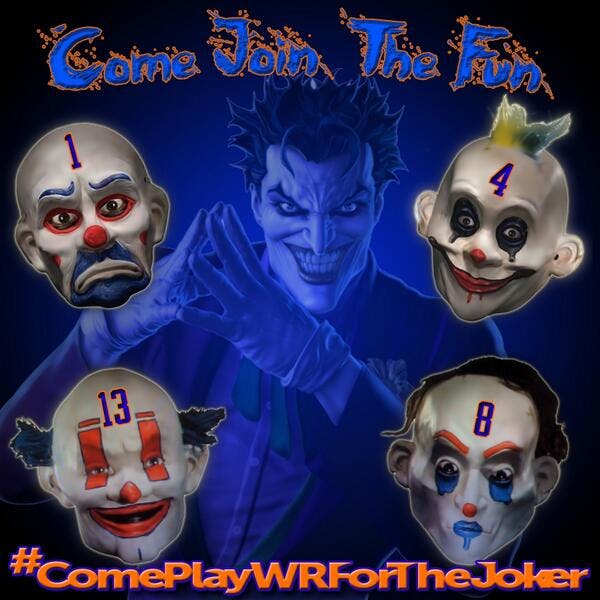 In Phillips’s most recently tweeted picture, the evil Joker hangs out in the background. Four clown heads surround the villain. They’re meant to represent the Florida wide receivers tagged in the tweet; each has one of those players’ numbers etched on his forehead. It’s unclear what, exactly, Phillips hopes to convey with the image; at least two of those clowns are ones killed robbing a bank in the opening scene of The Dark Knight.

It’s not the only time Phillips has tweeted utterly unenticing Joker art. On April 8, he tweeted “As everyone in GatorNation awoke. The Joker awaits everyone on the field to come out & play,” accompanied by a photo of Jack Nicholson’s Joker sporting Florida garb. 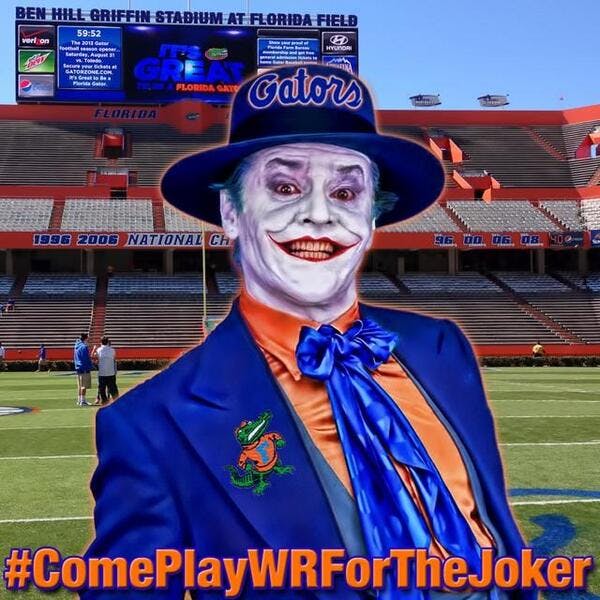 And back in March, Phillips did the same thing with Heath Ledger’s Joker, coupled with the line “IT’S TIME TO COME PLAY WR FOR THE JOKER!” 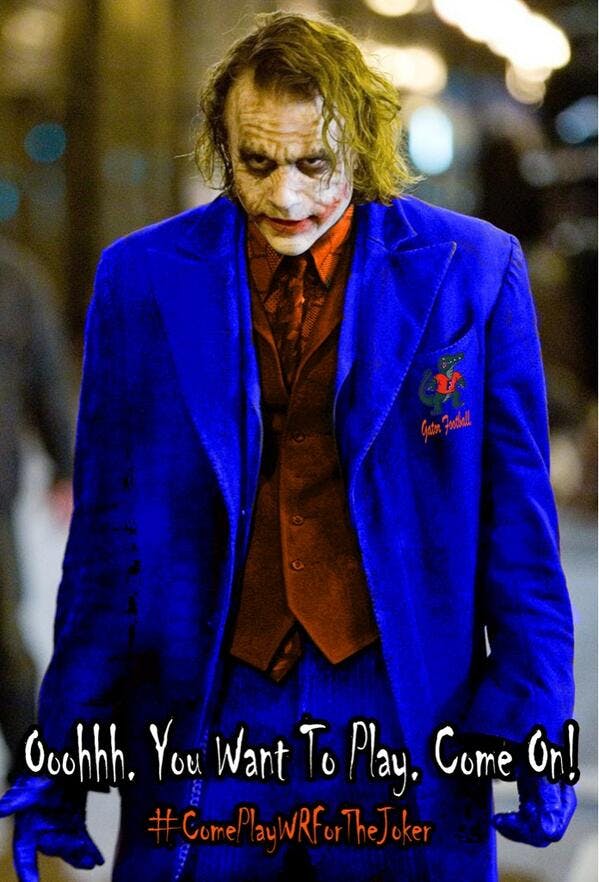 It’s entirely possible a grad student tweets these marriages between text and image, but the account does promise it’s the “OFFICIAL twitter” of Phillips.

Unlike the fictional Joker, at least the football one is unintentionally funny.