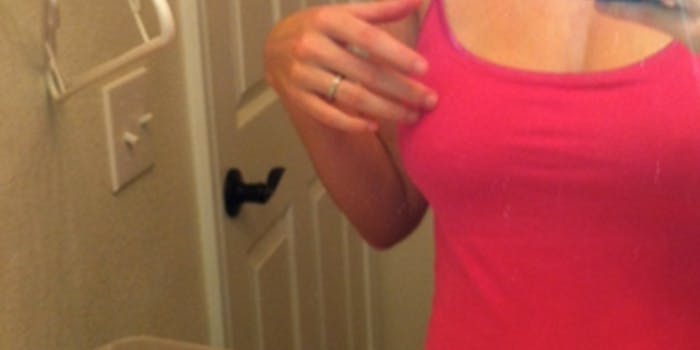 Not surprisingly, the evidence comes down to localizing IP addresses.

The photos are sent from third parties to the site’s administrators and posted online, where their presence is protected by the Communications Decency Act, which protects a site’s owners from legal action based on what its users submit.

Funny Bear basically reenacted what any other submitter would do, except that the photos he sent came packaged with these tracking codes, codes that, Funny Bear attests, send a report every time someone opens an email containing the pictures.

Those codes would also, according to Funny Bear, reveal the IP addresses of anyone who took the bait opened the nudie-pic emails.

Funny Bear believed that if could tie the IP address behind Brittain’s email account to the IP address of David Blade, the supposed New York City attorney behind Takedown Hammer—the “independent third party team” responsible for removing pictures from Brittain’s site for $250 a pop—he could implicate Brittain and his partner in a case of extortion.

Brittain would be Blade, essentially. There would be no New York lawyer.

Funny Bear’s first email, which contained “pictures pertaining to Shalanna Dong Ekis,” was sent from a personal address to [email protected], an address that, despite its ambiguity, purports to be managed by Craig Brittain on the IsAnybodyDown.com website.

“Now for the good part.”

The hacktivist’s next move involved making an email address for Shalanna Dong Ekis and submitting a takedown request to Takedown Hammer.

What he discovered was that the email was opened from the same IP address in Colorado Springs as the two previous emails containing the stolen photos.

“It MUST be the same person reviewing both submissions, and takedown requests,” Funny Bear concluded.

If Funny Bear’s evidence is genuine, it appears David Blade does not reside in New York City.

Funny Bear attached the entire string of emails sent between his pseudonyms and those belonging to Brittain to a Pastebin document, which you can read here. What’s most notable is that the individual sending the emails from the Takedown Hammer account refuses to provide Funny Bear with any name at all, even Blade’s.

The Daily Dot has reached out to both IsAnybodyDown and TakedownHammer via email, but we have yet to receive a response.

UPDATE: We asked Funny Bear to send us an email that tacked the same tracking device attached to the phony IsAnybodyDown emails onto ours. If Funny Bear could properly determine our IP address through our opening of an email, the Anon’s Pastebin document accusing Craig Brittain of being David Blade would hold more water.

Funny Bear sent us an email that we responded to with excitement. A few minutes later, we received a Twitter DM with our IP address as well as geographical coordinates and a mention of our Internet Service Provider.

“The important part would be the IP address for subpoena purposes,” Funny Bear wrote. “There’s no denying Craig is the Takedown Hammer.”