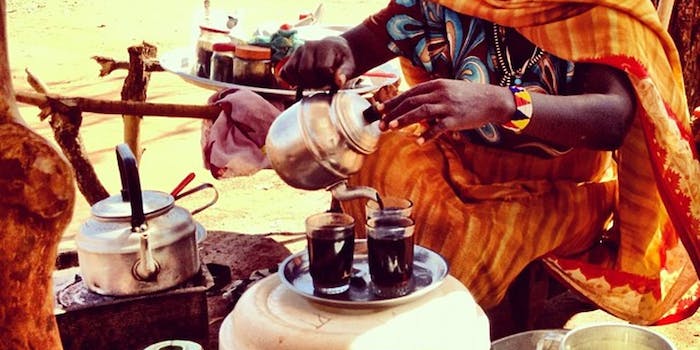 Misery and beauty in a South Sudan refugee camp

Babo Tia is a noted artist from Southern Kordofan, Sudan. He’s now a refugee at Yida, a camp nestled close to the border in South Sudan.

In one of Kathryn Mahoney’s many stunning Instagram photos of life in the camp, Babo paints a mural at a preschool to mark 16 days of activism fighting sexual and gender-based violence.

Mahoney, a public information officer with the United Nations Refugee Agency (UNHCR), had volunteered to be Babo’s artist assistant that day. She offered to buy lunch. Babo refused, telling her that he doesn’t feel hungry when he paints: 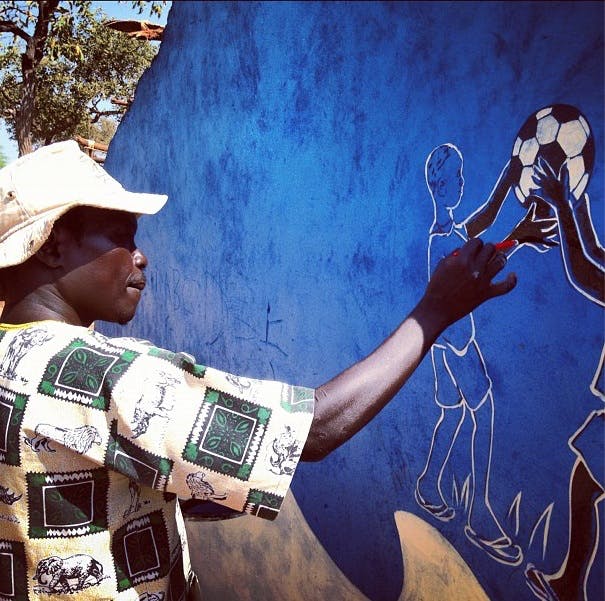 Nestled in a remote region of South Sudan, the planet’s newest country, Yida is home to more than 60,000 refugees. Yida’s population quadrupled between April and December of last year; every day, hundreds more arrive. Most are from the Nuba Mountains in Southern Kordofan, trying to escape aerial attacks from the Sudanese Armed Forces. The camp’s children struggle with memories of violence.

In November, the United Nations planned to move refugees away from the camp, where a recent conflict between state police and camp security turned ugly. Violence erupted between government forces and rebels nearby.

Through the hardships, there are moments of beauty and wonder. Mahoney’s Instagram account, @nineteenfiftyone, offers a glimpse into the lives of Babo and many others in the camp. 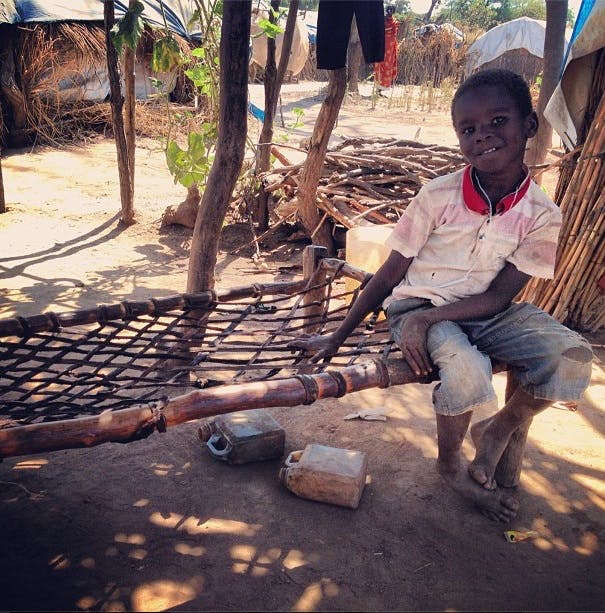 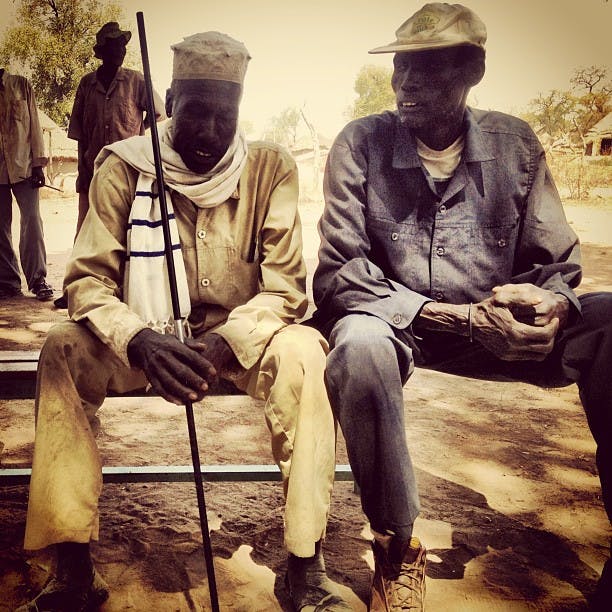 Mahoney, 32, started sharing photos of the camp in September 2012 and has provided more than 110 insights so far.

For the last few years, Chicago-born Mahoney has traveled to remote corners of the planet to help give a stronger voice to the people living there and the organizations helping them. “I shoot what I see and share it as widely as I can,” she said.

In Yida, Mahoney is living among “a community of proud, vibrant and entrepreneurial people who are living in some of the hardest conditions imaginable,” she told the Daily Dot. “I would be doing them a great injustice by highlighting their plight without also showcasing their resilience.”

That she does with her compelling portraits of refugees and life in the camp, along with detailed captions describing the scene and the people in it, to which her more than 24,700 followers are privy. 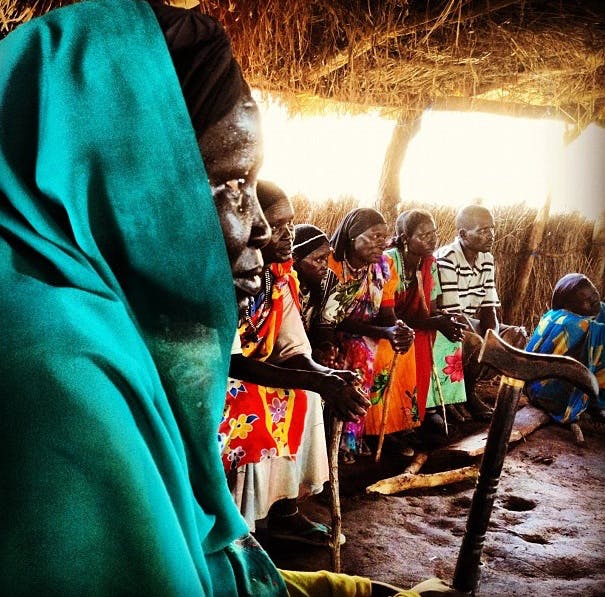 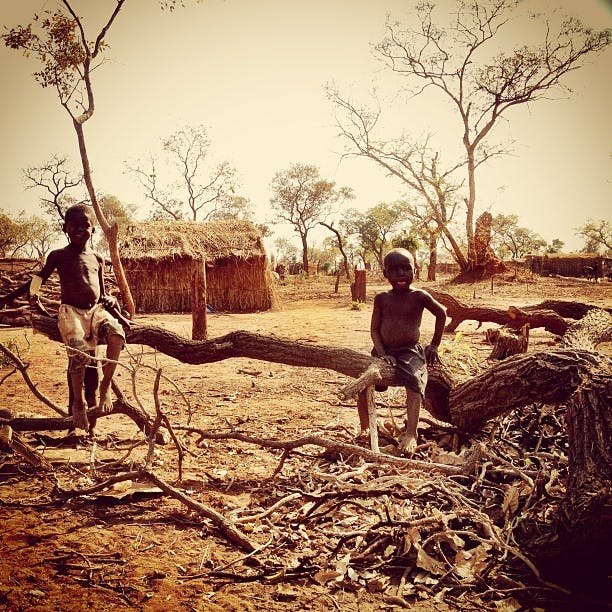 The photos on @nineteenfiftyone show a broad range of life in Yida, from the rations handed to refugees and butchers trying to make a living to new refugees being registered and children babysitting theiryounger siblings.

Each photo tells a story: etchings of the planes that caused refugees to seek shelter in a warehouse, the types of wildlife living alongside refugees, and the sheer scale of Yida from the air.

While Mahoney is most drawn to portraits—she feels the refugees tell their own stories through their faces and emotions—her favorite shot so far is one of a young shepherd walking his herd at dusk: 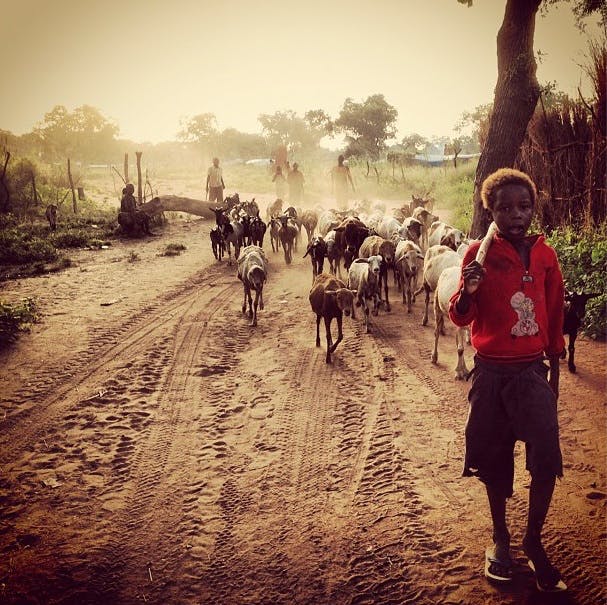 This photo, Mahoney believes, “captures both the resilience and strength of the Nuban people as well as the natural beauty and light of the land in Yida.”

Resilience and strength are certainly attributes refugees need in the face of tough conditions.

During the rainy season, roads to Yida are impassible, meaning for half the year, everything from medicine and food to mosquito nets and staff has to be airlifted in.

The logistical problems that presents are many, noted Mahoney.

“If you have one helicopter, how do you decide what to prioritize: lifesaving medicine or food for malnourished children? Soap to prevent hygiene-related illnesses or mosquito nets to prevent malaria? These are decisions we have to make on a daily basis. It’s gut-wrenching.” 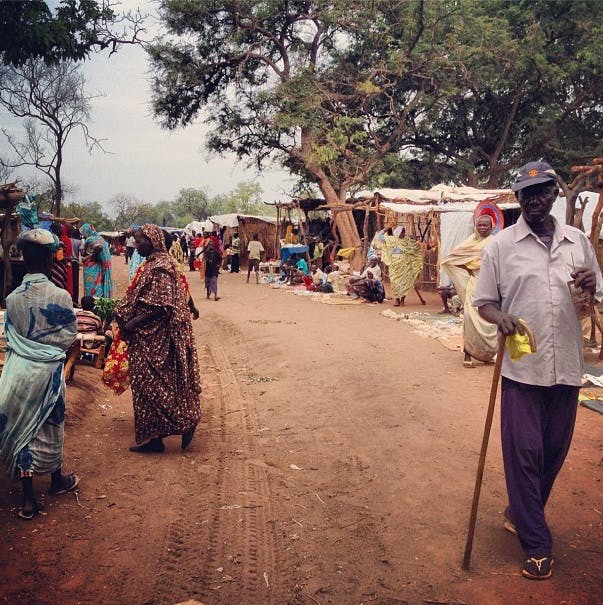 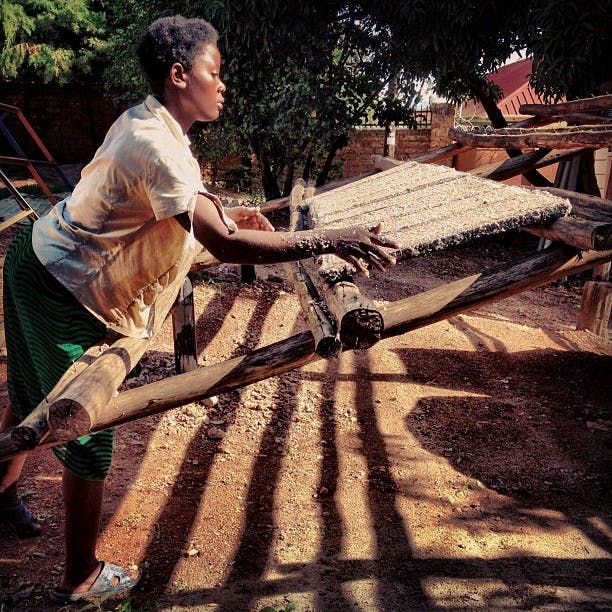 Since the key aim of the UNHCR is to protect refugees, Mahoney ensures that she is not putting them at risk by taking their photos and telling their stories. She only shares images refugees have approved.

As soon as I take a picture, I share it with the refugees. Many of these kids have never seen a camera, let alone their reflection in a mirror. The laughter and curiosity that ensues is contagious and typically draws a crowd. It’s amazing. I also explain that I share my photos publicly and give people the option to opt out. One man told me how proud he was that his face would go to America.

Mahoney’s depictions of life in Yida have struck a chord with the Instagram community. Many of her photos have garnered more than 1,000 likes. “I have been truly humbled by the outpouring of support, compassion, and questions about life in Yida and the refugee experience,” she said.

“I am living in the heart of one of the biggest refugee crises in the world, and I try to report life as I see it—the triumphs, the heartbreak and even the mundane. I had no idea to what extent people would relate to these pictures and find some sense of shared, common humanity. To me, that is what it’s all about.”

For more information on how you can help refugees in South Sudan or how you can get involved, visit the UNHCR website.