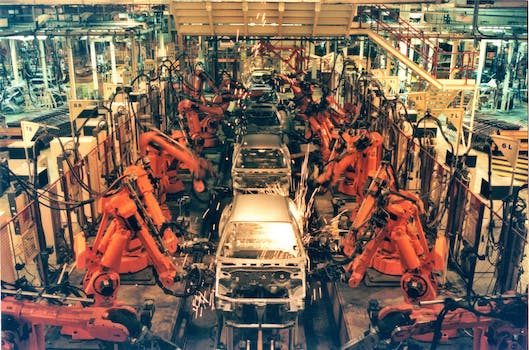 Meet the software that could become your robot boss

Insight Applications sounds like a great way to analyze workplace conditions, but could it become the pre-cog of the workplace?

When we typically think of the jobs robots will steal from us, we tend to focus on repetitive, low-skill jobs. But that’s actually far from the truth, according to an Oxford University study from earlier this year that ranked the positions most vulnerable to automation. Amongst the top 20 are many degree-required, middle-class or even upper-class positions, such as loan officers, insurance appraisers, and tax preparers.

Enter into this fray Workday, a relatively-unknown company that produces office management software. This week, Workday unveiled its Insight Applications program. Using big data gathered from cloud services, IA hopes to remove the guesswork facing many higher positions, be they CFOs or HR leaders, by predicting such complex factors as employee retention rates, shareholder values, and even the type of employee best fitted for a position.

IA will make recommendations based on the company’s own data and preferences, something Workday CEO Aneel Bhusri happily compared to the way Netflix (Workday’s director of data science Mohammad Sabah’s former employer) recommends movies. While a seemingly wonkish program, applications like IA stand to make high-paying positions into a point-and-click game, perhaps leading many companies to wonder what service those human workers offer that the software does not.

If that sounds too far-fetched, consider the case of Deep Knowledge Ventures, a Hong Kong venture capital firm that, back in May, named an algorithm to its board of directors. Just like each of its board members, the algorithm (named VITAL) has a vote on whether a company deserves the firm’s funding.

In fact, much of the decision-making in business is now relegated to computers, be it on Wall Street or in any office using Microsoft Excel to come to financial decisions—something bookkeepers used to do. Of those 20 jobs vulnerable to automation from the Oxford study, the majority are replaceable by algorithms. Tax agents, for example, have been drastically hurt as an industry by software such as TurboTax, to the point that big companies—like H&R Block—are forced to give away their services in order to compete.

And this is precisely what Workday’s software does, just to positions not typically assumed to be vulnerable to automation. HR executive positions often require a Masters degree and can earn well into six figures. That’s far from the low-skill, low-wage jobs most commonly associated with automation (not that those jobs aren’t facing a major risk).

Managing flight risks, the chief process touted by Workday, is typically handled within a company by HR teams. This is actually a growing problem for most companies: The rate at which top performers leave their jobs is consistently growing, most likely due to a complete lack of company loyalty amongst Millennials.

Solving this problem can employ an entire department of people within a company. Big companies like Google and Disney pride themselves on keeping their high-powered talent, and they do so through creating positive workplaces, responding to employee complaints, and managing wages appropriately. Because of the complex costs that go into such operational changes, HR as an industry is slowly embracing automation of their own field, confident their expertise will sustain them.

But by dipping into its massive pool of cloud data, IA renders these skills at a level that could soon make HR specialists meaningless. Perhaps most daunting is the software’s predictive capabilities, which enable firms that use IA to act not just before an employee leaves but quite possibly before they’re fired.

While the Workday announcement of Insight Applications sticks mostly to the issue of retention, the application’s capabilities show an inevitable route to machines and algorithms deciding who is fired and who is hired within a company. Across Workday’s website is a focus on IA’s capability in “machine learning” that grows more powerful from each company that employs it. For this, Workday also gives great credit to a company it acquired back in February, Identified.

“We gained an incredible team of experts in data science and machine learning—literally the science of teaching machines to learn,” Workday’s official blog states, “who developed a technology called SYMAN. We have evolved SYMAN within the walls of Workday to find patterns and deliver predictions and recommendations that become more accurate and relevant over time based on the behavior and patterns of each person.”

It would be naive to think such technology wouldn’t be put in place to assess employees as a whole, not just for flight risk. What’s particularly frightening is the emphasis on IA’s predictions and their accuracy: IA or programs like it could serve as a sort of Pre-Cog at your work, firing you for “future offenses” you are yet to commit. Such technology is already here in policing: Just last week, British police began testing a software that can predict recidivism within recently-released convicts.

The decision to fire someone is already getting uncomfortably reliant upon algorithms and software. Amazon, using the principles of “scientific management” developed by Frederick Winslow Taylor more than a century ago, monitors its warehouse workers with an almost freakish fervor to find and remove any inefficient worker. The largest online retailer in the world—which employs over 110,000 workers—uses cameras, sensors, and reports to gather data and improve efficiency to the point its often accused of worker abuse (former employees report being fired for taking more than one bathroom break in a 10-hour shift).

Workday gives the capabilities of such Taylorism to any company by employing its massive piles of cloud data. While not every company can afford to gather data on the meticulous level Amazon can, IA gives them that and more by also predicting employees behavior.

Which is a frightening thought; Even Amazon waits for its employees to break one of its inane rules before taking action. If IA is truly representative of how workplaces will be run in the future, any worker could soon find themselves under the yolk of heartless numbers and figures in the name of efficiency.

While the idea of Workday or any program deciding you’ve been fired in place of a boss is purely speculative at this point, the regulated coherence of such a system might be too great for employers to ignore. No more messy firings, humbling pink slips being handed out one-by-one. Software like Insight Applications could not just remove the humanity of employment, but the humanity of the employer.

Note: An earlier version of this article stated that CEO Aneel Bhusri was formerly employed by Netflix. In fact, the company’s director of data science, Mohammad Sabah, is the former Netflix employee. We regret the error.