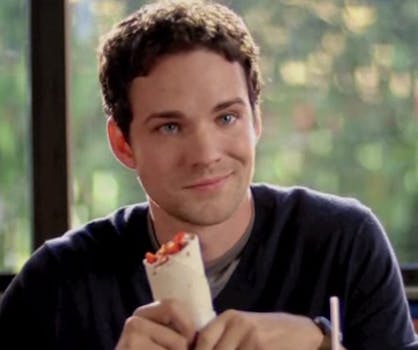 As the Daily Dot’s official youth correspondent, I have to explain a lot of things to my old bosses, like how to create a nutritional meal from Taco Bell and what a Lena Dunham is.

But there are some things I can’t explain, like this recent blog post from a chill blog called MTV Insights. The Tumblr-based (natch) millennial manifesto aims to dissect what the what young-to-middling twenty-some year olds are talking about. The blog is for advertisers, I guess, but my Adderall leveled out before I could muster up a sense of caring.

Anyway, MTV Insights published their best post yet on Wednesday, titled: “What’d You Say? A Quick Dip Into Millennial Slag.” Alternatively known as a list of words that your mom would say when trying to ask you how to fix her iPhone.

So, what do we say? Apparently our “fratty sense of humor” (that’s a real..or legit?…quote!) boils down to us using various variations on the word chill, inexplicably over-using the slang-term YOLO, and routinely shutting down our siblings with “cool story, bro.”

Insights says we use the Drake-ordained YOLO slang because its encapsulates “[the] Millennials’ care-free attitude to live it up.” That’s untrue—we’re very stressed out, mostly because of the Girl Meets World revamp.

I can name a number of reasons as to why YOLO doesn’t actually apply to us: the economy is far from chill, Rihanna’s continuing infatuation with Chris Brown gives me hourly heartburn, and I’m now concerned about the songs that will originate from Taylor Swift and Harry Styles when they inevitably break-up. THEY’RE GOING TO BE SO SAD AND FORCE THE WORLD TO FEEL BAD FOR THEM.

Another very informative part of the post was the blog’s dissection of “cool story, bro,” (which discussing breaks the first rule of bro code). The phenomenon has escaped its Clemson-based Sigma Chi fraternity confines and enveloped the world as fast as Bud Light rushing through the clear tubes of a beer helmet.

“If past generations’ humor was more cynical or snarky, this generation is ruled by an undercutting wit, like a smart slap,” the post explains. But we’re confused. Have they not once yet logged on to Twitter during award show season? It’s so insufferably cynical and snarky that it tends to cave under its own snark.

The post concludes with a lot of other good words that implies all Millennials are stupider than we actually are. We’re not bright, but hey, at least I can explain some parts of Lost to my dad.

There’s “#Boom” (hashtag included), “wifed-up” to imply your main brosefstein is whipped to his slampiece or something, and “white girl wasted,” which is admittedly a funny and practical way to describe my Monday night viewings of Real Housewives of Beverly Hills.

So, MTV—which has failed to understand what we like since they cancelled Daria— further proves they have no idea what I’m actually saying in my daily slang. That would be mostly a lot of “eww,” “OMG,” “Is Twitter down?,” and “Why does Andy Cohen keep moving in his chair?”