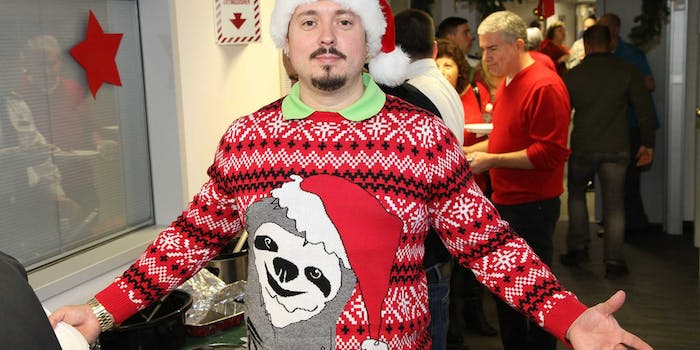 It was a simple time, but the Internet hath killed it. Part of the entire Ugly Christmas Sweater agenda was to find the absolute ugliest option conceivable, to be a pioneer and dig through bins at second-hand stores, to make late-night trips to the Walmart senior section. To find the cheapest, ugliest, Christmasiest, sweateriest sweater.

But lo, the Internet, as it’s wont to do, has cut out the middleman. Rent the Runway (which regularly rents our fancy outfits and is a service I could not endorse more, for the record) has an Ugly Christmas Sweater promotion, where you can have your choice of gaudy wrap shipped to you at your convenience, to be returned when you’re done. These generically ugly items are $15 to rent, $45 to own. 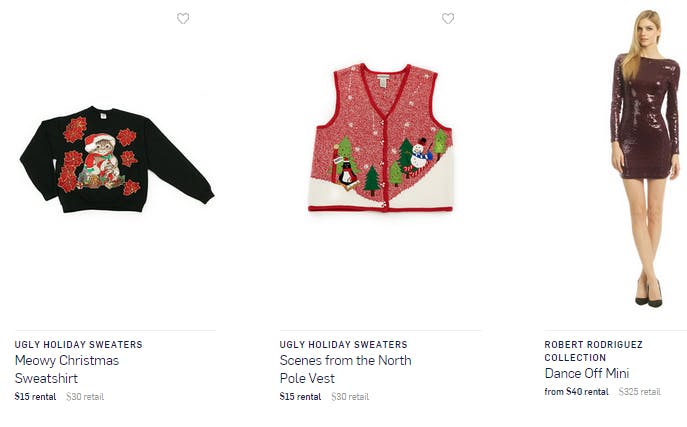 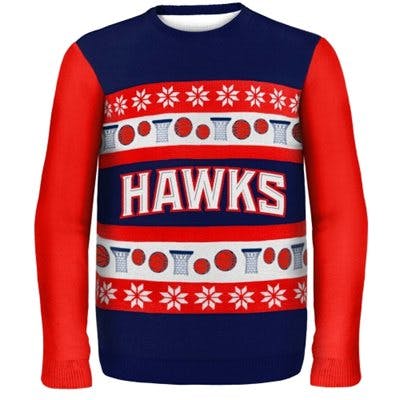 There are, naturally, Instagram contests and Pinterest how-tos and more than one app. And I guess today is Ugly Christmas Sweater Day, which I’m guessing wasn’t a thing until that site deemed it so back in 2012. (It likely goes back further, but there isn’t even a Wikipedia entry for it, so.)

Ugly Christmas Sweaters were beautiful because they were supposed to be taken seriously, and we just couldn’t do it. Now they are of a prescribed nature, in on the joke. They are no longer innocent—and also, aren’t cheap, and for awhile they haven’t been all that easy to come by! Ugly is now a holiday trend, not a self-deprecating response to how expensive December has become. Major retailers now have dedicated Ugly Christmas Sweater sections. 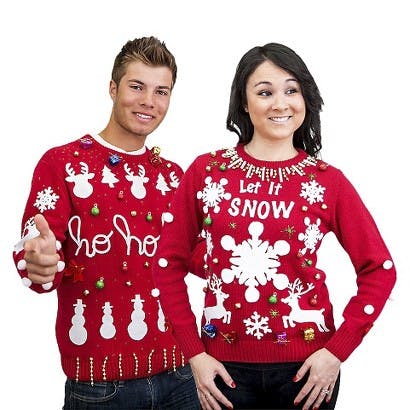 So that’s it then: We all had a lot of fun, and for a brief moment the Ugly Christmas Sweater was an untouched, holy thing. Now I’ll have to hope that three other people aren’t wearing the same sweater I ordered to the holiday party.