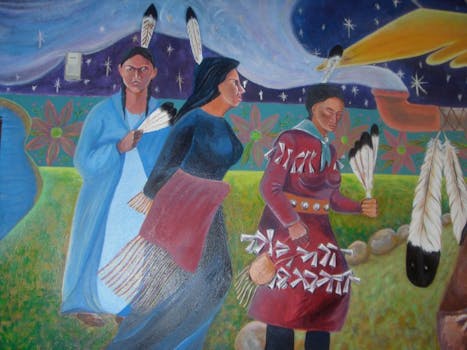 While Web communities are plagued with odious text speak, Facebook, Twitter, and YouTube play a crucial role in helping to preserve—and even spread awareness of—endangered languages too.

Though it’s difficult to know exactly how many languages are currently in existence—more are still being discovered—common estimates peg the number at being between 6,000 and 7,000. However, as many as half could be extinct by 2112.

Many lesser-spoken languages are being replaced by more widely spoken ones, for political, cultural, and economic reasons. Globalization is partly to blame, as the world becomes smaller and communication between disparate countries, communities, and people becomes more commonplace.

“Small languages are using social media, YouTube, text messaging and various technologies to expand their voice and expand their presence,” K David Harrison, a National Geographic Fellow and associate professor of linguistics at Swarthmore College, Penn., told the annual meeting of the American Association for the Advancement of Science in Vancouver.

“We hear a lot about how globalisation exerts negative pressures on small cultures to assimilate. But a positive effect of globalisation is that you can have a language that is spoken by only five or 50 people in one remote location, and now through digital technology that language can achieve a global voice and a global audience.”

However, it’s the Web’s biggest communities that could play the biggest role in preserving such languages.

By creating Facebook pages, dedicated Twitter accounts, and YouTube channels, speakers of rare languages can both record their languages and help others to discover them. Speakers are uploading audio clips and sharing them with various Web communities and language enthusiasts.

Margaret Noori is a lecturer in Native American studies at the University of Michigan and a speaker of Anishinaabemowin—the sovereign language of more than 200 indigenous communities in North America. She helps ensure the language’s continued usage and survival with a regularly updated Facebook page, which has more than 2,700 fans.

“What we do with technology is try to connect people,” Noori told the BBC. “All of it is to keep the language.”