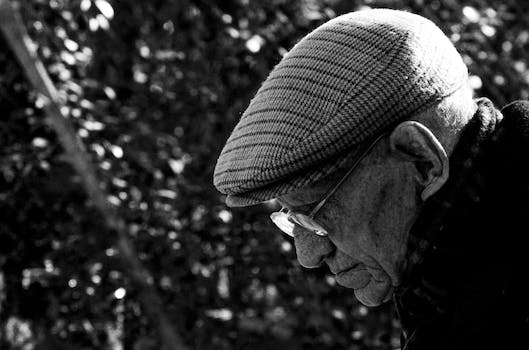 Facebook is a terrible place for the elderly, study finds

Facebook's hate speech policy doesn't rule out attacks made on the basis of age.

Keep your grandparents away from Facebook. Ageism is rampant on the world’s largest social network. A new study has found that the vast majority of Facebook groups dedicated to the elderly either vilified them, infantilized them, or advocated banning them from public activities entirely.

“Facebook has the potential to break down barriers between generations,” the study authors write. “In practice, it may have erected new ones.”

Led by professor Becca Levy, the director of the social and behavioral sciences division at Yale’s School of Public Health, the study examined 20 pages randomly selected from a dataset of every page the researchers dug up by searching for pages containing words like “elderly,” “old,” “aged,” and any synonym thereof. Almost every single group the study examined (98 percent, to be exact) contained negative age stereotypes. Unsurprisingly, the page’s creators were young, with most aged between 20 and 29.

One group the study authors discovered was called “im more terrified of elderly drivers than terrorists.” Another suggested that anyone “over the age of 69 should immediately face a firing squad.” Even groups ostensibly created to support the elderly inadvertently create a hostile environment. One, called “Help Stop Elder Abuse” condenses a fascinatingly robust array of infantilizing language into a single paragraph:

Abusing an elderly person is like the bullying of a smaller, younger child on the playground. The older person who cannot stand up for themselves verbally or physically is an easy target. The elder, just like the young child, may not know how to stop the abuse and will therefore have to suffer relentlessly.

Did that analogy stick yet?

Part of the problem is that Facebook’s hate speech rules are incomplete. The site bans content that “attacks people based on their actual or perceived race, ethnicity, national origin, religion, sex, gender, sexual orientation, disability or disease.”  In other words, hate speech that targets age is A-OK.

A Facebook rep told the Huffington Post the company wasn’t yet aware of the study’s findings and pointed out that a third of Internet users over the age of 68 use sites like Facebook every day. But rather than disprove the study’s findings, that statistic shows just how urgently Facebook needs to create a more inclusive hate speech policy.

The paper, which was coauthored with researchers from University of California in Berkeley, Hopkins School in New Haven, and Hunter College in New York, appeared in the February issue of the Gerontologist.