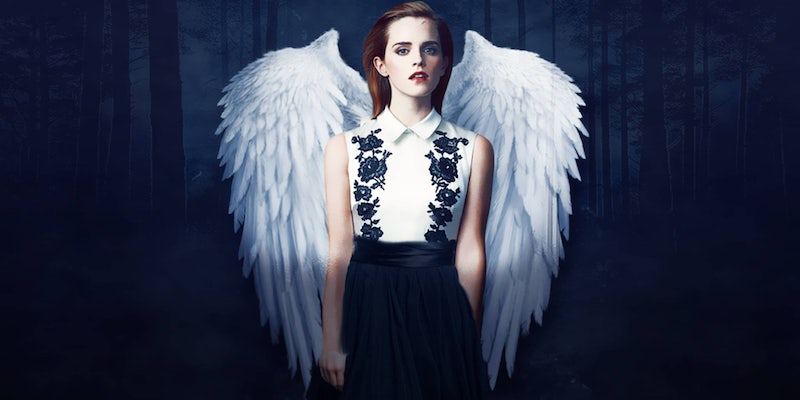 The threats against Emma Watson prove what Celebgate was really about

It's about more than just seeing celebrity skin.

In the wake of the celebrity nude photo leaks earlier this month, Emma Watson tweeted:

Even worse than seeing women’s privacy violated on social media is reading the accompanying comments that show such a lack of empathy.

Unfortunately, she may be about to experience that for herself. Watson recently gave a moving speech to the United Nations about gender equality and why men should care about it. Speaking on behalf of a campaign called HeForShe, she reiterated what feminism means, what rights feminists fight for, and how men are hurt by gender stereotypes, too.

The speech went viral, but not everyone liked it. Anti-feminist 4chan users and redditors whined. A site called Emma You Are Next, launched by a group of prolific Internet hoax artists, counted down to midnight on Sept. 24, when nude photos of the star would allegedly leak. Originally, the website read, “Never forget, the biggest to come thus far,” alluding to the Celebgate photo scandal. Later that sentence was removed and replaced with an updated date and time for the leak.

It is real and going to happen this weekend. That feminist bitch Emma is going to show the world she is as much of a whore as any woman.

She makes stupid feminist speeches at UN, and now her nudes will be online, HAHAHAHAHAHAHAH

The threats against Emma Watson stand as a stark counterpoint to the discussions that followed the original nude photo leak. Women, we were informed, just need to be “smart” and “careful” about their online presence. Deleting nude photos is no longer enough; we must not even take them to begin with, because someone could always find a way to hack into our iCloud accounts and steal them.

It is “only natural,” we were told, for men to seek out nude photos of famous beautiful women and share them with other men. It’s “just what happens” what you choose to “put yourself out there,” you see.

Yet there’s a long history of sex-related violence and exploitation being used intentionally as punishment against people, especially women, who step out of line. It’s not “just what happens,” it’s not “only natural,” like getting electrocuted if you touch a live wire. It’s done on purpose to deter people from doing things that make men feel threatened, or to take one’s anger out on them once they’ve done it.

Once they decided to do that, no amount of being “smart” or “careful” would have helped Watson. It is entirely possible that she has never intentionally taken, or had someone else take, a single nude photo of herself in her life. But one 4chan user wrote:

In a documentary about the royal family and the media, she was included explained how the paparazzi were hunting her down for upskirt pics and etc, they where waiting patiently for her 18th birthday to hit so they could act like shameless savages, and when it hit, so they did, they laid down on the floor in the streets and such to snap photos of her.

She is a delicate flower and it is time for her fans to see her in full bloom, unlike your shitty cow tit attention whore there.

This suggests that the leaked photos, if even if they did exist, would have likely been taken without Watson’s consent.

The photos wouldn’t even have to be of Watson. One of the women targeted by the previous celebrity nude photo leak, Misty May-Treanor, has claimed that the photos leaked of her were actually photoshopped. So did Victoria Justice.

It doesn’t matter if the photos are real or not. It doesn’t even matter if the threats are a hoax or not. Declaring an intent to release illegally obtained nude photos of someone and then creating a dramatic countdown website for them is an act clearly meant to intimidate Watson, perhaps to make her regret speaking up about sexism.

Many women who are targeted by nude photo leaks have done nothing more than break up with a boyfriend. Or exist and be attractive but not available to have sex with some random man who wants to have sex with them. Here’s something that shouldn’t need to be said: There is nothing anyone can do that makes it acceptable to violate their consent, whether that means assaulting them, harassing them, or leaking their private photos.

Trying to prevent nude photo leaks by demanding that women refrain from ever sharing this type of intimacy with a partner inevitably misses the point, because there are people out there who are desperate to punish women for having a voice and control over their own bodies. If nude photos of them do not exist, they will create them, convincingly or otherwise. If they cannot create them, they will threaten to leak them anyway, just to try and cause the target as much fear and panic as possible.

Behaving like “good girls” will not get men to stop trying to punish us for existing. For that, men will need to step up to the plate themselves. That is the message of Emma Watson’s United Nations speech—the point of which, by the way, angry men on the Internet are proving every minute.