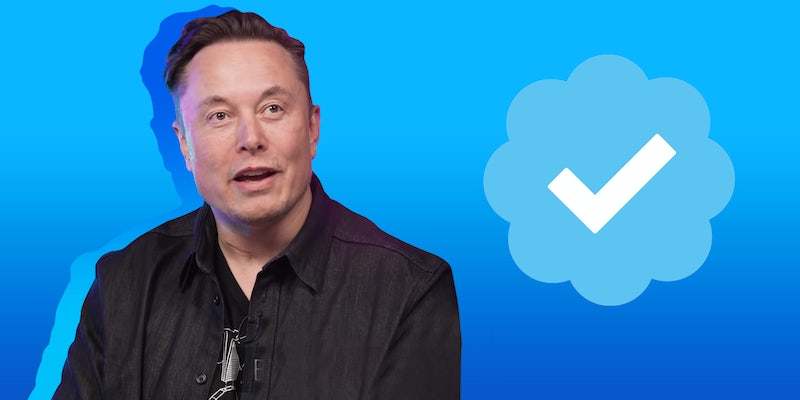 Bertinelli (@wolfiesmom), who has over 565,400 followers on Twitter, changed her display name to “Elon Musk” and proceeded to retweet Democrat politicians so it would look as though Musk himself was doing it. Users on Twitter applauded the move, and Bertinelli somehow avoided getting banned, unlike other celebrities who tried the same trick.

“Actor Valerie Bertinelli changing her Twitter name to ‘Elon Musk’ and retweeting Democratic candidates as well as telling people to vote blue to save our democracy is some badass brilliant trolling right there,” another said.

In October, Musk pitched an overhaul of the “Blue checkmark” system but delayed the program so it wouldn’t impact the November midterm elections in the U.S., as users like Bertinelli showed how easy it was for an already verified person to impersonate a celebrity or politician on the platform.

Currently, checkmarks are available to “active, notable” applicants whose identities have been authenticated, according to Twitter’s website. Under Musk’s new system, the checkmarks will also be badges for a revamped $8-per-month Twitter Blue, offering perks and priority ranking for subscribers’ tweets.

Musk has touted the program could “democratize journalism,” but without moderation, misinformation could fester on the platform under users who impersonate public figures, while journalists and experts who don’t pay for Twitter Blue won’t be as visible. Twitter Blue users will not have to verify their identities, setting the stage for a platform rife with imitators and parody accounts.

Twitter Blue’s implications for the creator economy remain a mixed bag. On the one hand, Musk said the service would include the ability to have priority in replies, mentions, and search results, the ability to share longer video and audio posts, and a way to read articles behind a paywall for free. All of these could help new creators trying to gain an audience on the platform by prioritizing their tweets and broadening their reach. In addition, Musk tweeted his interest in rivaling YouTube’s advertising revenue-sharing model after someone explained it to him in a thread. The tweet sparked a critical response from author and YouTube star Hank Green, who called Musk’s claim “impossible.”

Twitter Blue could be a way for upstart creators to gain additional features—assuming there’s still an audience to be found on Twitter when it launches and not just fake accounts. Over the weekend, Twitter users began to flock to Mastodon, a democratized and decentralized social media app similar to Discord. Mastodon already has an estimated user base of 4 million and is climbing, while Twitter lost over 1 million users after the Musk purchase in October.

Passionfruit reached out to Twitter via email, and to Bertinelli via the PR contact emails listed on her IMDb Pro page.