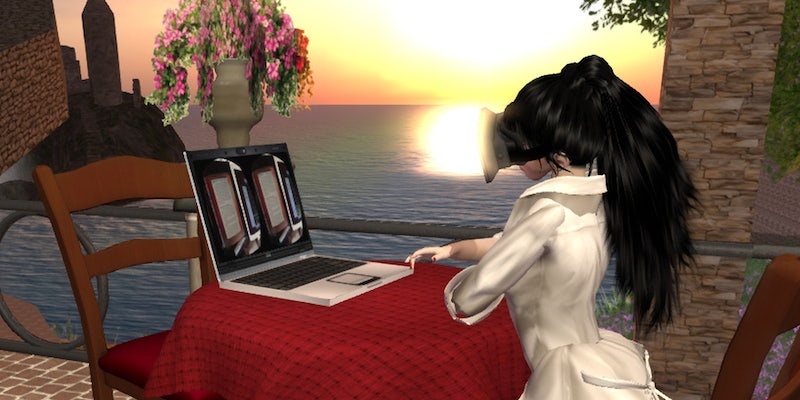 Virtual reality might be the future for Mark Zuckerberg, but it's bad for everyone else.

Facebook, in its $2 billion acquisition of virtual reality company Oculus, hopes to emulate the innovative thinking that drove Google into becoming a mobile behemoth with its 2005 purchase of Android. “Facebook believes that virtual reality will become the next major platform,” says one Oculus investor. “The same way mobile computing did, and they want to make sure they have a big stake in that.”

This could, in fact, be true. Google, Amazon, and Facebook have all been seemingly more driven by science fiction than present consumer demand, reaching out into robotics, drones, and now VR, respectively. Google’s big push into the Artificial Intelligence (AI) market makes sense for them: AI is largely about learning from data and few places have more data than Google. Even Amazon’s farfetched delivery-by-drone system, if unlikely, at least appeals to Amazon’s goal of delivering products in the most efficient manner possible. But if VR is to become the next spitball to stick, Facebook is the last company that should be doing it.

Facebook is inherently a “social” experience, centered on the basic idea of connecting you with your friends and giving a venue for you to share content with them. The Oculus Rift VR headset, with its blackout goggles and immersive experience, is the exact opposite. VR is the logical end to the escapism of gaming, a portal into a world with rules so estranged from this one dying in video games now comes with little consequence.

Facebook, on the other hand, is a world of consequences. As I’ve written before, Facebook as a user experience accurately simulates the rules and tedium of socializing yet strips down what we might as well call the user interface of being social. You’re just as bored by baby photos and political opinions on Facebook as you are in person, but the even worse aspect is you’re missing out on the experience of being in the same space as another human, even if you’re not enjoying it.

The way Mark Zuckerberg is talking, however, the purchase of Oculus could fix all that.

“Imagine enjoying a courtside seat at a game,” Mark Zuckerberg said of a technology he supposedly only learned of a few months ago, “studying in a classroom of students and teachers all over the world or consulting with a doctor face-to-face—just by putting on goggles in your home.”

These are entirely plausible scenarios: See Edward Snowden give a remote TED Talk using a tablet-equipped remote control scooter. And if robotics is headed where many tech experts say it is, using a humanoid robot surrogate may soon no longer be the stuff of Asimov novels.

But is Facebook the pegasus we’ll ride into this digital Olympus? Scorn amongst the gaming community confirmed this would be a hard sell. The /r/gaming section of Reddit effectively held a funeral for the Oculus Rift upon the announcement, and Minecraft creator Markus “Notch” Persson abandoned plans to create a VR-enabled version of his absurdly popular sandbox game, saying Facebook “creeps” him out. Early adopters of Oculus—which likely wouldn’t exist if it weren’t for millions in donations from their 2012 Kickstarter campaign—are walking away in droves, citing feelings of betrayal from what they assumed would mostly be a gaming company.

There are several reasons Facebook will never be trusted by the kind of person who’s even heard of Oculus. Amongst what Oculus CEO John Carmack once called his userbase (the “Hacker/Maker crowd”), Facebook is seen as a hamfisted product delivered to a populace that doesn’t know better, sold to the masses by a sellout coder who has built an empire on monetizing other people’s data without their informed permission. By enforcing ads throughout Facebook and allowing such subpar products into our lexicon as FarmVille and Candy Crush, Mark Zuckerberg has about as much credit amongst the gaming community as Electronic Arts.

Another problem is that Facebook is not “social” the way video games are “social.” The biggest event of last year in social gaming, the unveiling of Grand Theft Auto Online, is a perfect example of what the gaming community likes about socializing: having the unheralded ability to blow stuff up with your friends and generally do whatever you feel like. Facebook is the opposite of this. Because privacy settings can only go so far in protecting a user from the whirlwind of online reputations, Facebook feels a lot more like a necessity than joyful playtime. This is likely why they’ve seen usage amongst teens—the only group that hates being told what to do more than gamers—steadily decline. If gaming is going to the club with friends, Facebook is the office picnic.

Lastly, Facebook knows nothing about running a successful gaming console, which is more than anything what the Oculus Rift set out to be. Facebook’s forays into gaming have largely been led by third parties like Zynga, a company that lost a staggering 70 percent of its value less than a year after going public. The in-purchase model—where a game is free to play but in-game purchases give one a heavy upper hand–used by Zynga and Candy Crush maker King are the bane of the gaming community, as seen by Bethesda Studios’ decision to opt for a monthly subscription model for their much-hyped The Elder Scrolls Online.

But obviously, Zuckerberg has larger plans for VR technology than mere video games, and that is what has the Internet so incensed about his latest purchase. Virtual Reality has been the logical conclusion of video games since the Virtual Boy was released in 1995, and Oculus has done little more than confirm all your wishes could come true, a full 19 years later. For those of us passionate about gaming as both an entertainment platform and an artistic one, watching Facebook, the denizen of our co-workers and grandmothers and children, buy up the final stage of our fantasy world feels as disappointing as growing up, realizing that this reality, not the virtual one, will be your only home.