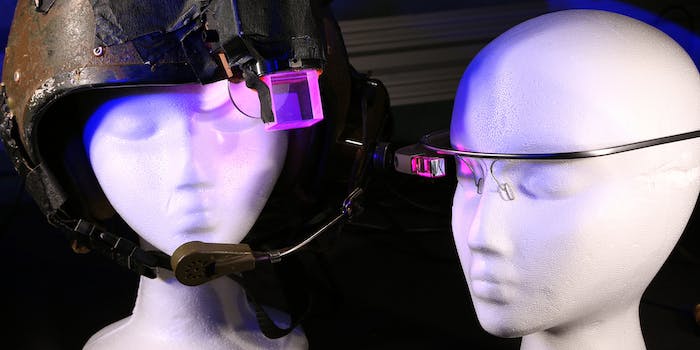 What the digital revolution means for America’s class divide.

If you want to know what the future is going to look like, all you have to do is look around you. In films like 2001: A Space Odyssey and Total Recall, directors Stanley Kubrick and Paul Verhoeven envisioned a not-so-distant future in which man ruled space and wrestled with Mars colonization. Thirteen years after Kubrick’s film was set, humanity has yet to traverse space-time, but if you look at Steven Spielberg’s Minority Report, what was the future just over a decade ago is now becoming everyday reality.

In 2002, Spielberg created a society based on touch-screen technology and retina scans, where cars were driven through automated technology. Sound familiar?

It’s not just that Minority Report was right on the money in predicting Google Glass, iPads, and Microsoft Surface—we’re actually beating Spielberg by decades. However, the race to get ahead of the future isn’t nearly as romantic as we think.

The Daily Mail reported that Google Glass technology could be soon tracked by interactive billboards, which would screen movie trailers or advertisements to users. Wired’s Yaniv Mor profiled the integration of Minority Report–like technology into law enforcement, where predictive technology would help police prevent future crimes through computer data. IBM, which is test-piloting such a program in Ft. Lauderdale, claims that pre-crime allows for a “deeper level of knowledge regarding possible contributing factors of crimes and foresee the demand for service at a more granular level of time and location.” Its goal is “to move operations from reactive to proactive, leading to a safer city.”

Other than the obvious profiling aspects of trying to stop a crime that hasn’t occurred, these reports show the problem of future technology: It benefits some either at the expense of others—or while leaving them out altogether. Our ability to buy into the future depends upon our access and our purchasing power, the means we have to buy into the system. For someone who can afford the expensive price tag that comes with Google Glass (nearly $3,000), you have the ability to view what the future will look like behind your digitized eyes. But if you can’t foot the bill, you’re likely to get stuck in the past.

The humorist Will Rogers once joked that if the end of the world came, he would want to be in Cincinnati—because everything happens there 20 years later. But today, you can see that growing stratification everywhere, even just walking down the street.

Look at a line of cars, which ones are starting to look like the sleek, bullet-shaped Lexuses Minority Report told us would be a staple of the future and which do not. Like throwing down for the newest iPod, those with the wealth can upgrade; everyone else is stuck with the older models, what was once state-of-the-art but is now a relic of the recent past. Seeing a Prius next to a beat-up early-’90s Honda Civic, as its owners wring every last mile out of Honda’s promise of durability, is the ultimate sign that progress is only linear for some.

Outside of a cityscape, the growing divide goes deeper than your automobile brand. In the past few years, reports as to the number of people who still use dial-up have boggled the minds of tech writers. According to Consumerist statistics from 2013, 2.58 million people still pay for AOL’s dial-up service each year, netting the company $52 million in annual revenue. Dial-up users still account for 3 percent of the American public, and analysts cite the low cost (you can still get Earthlink dial-up for $9.95 a month) and lack of wireless availability in many regions.

In 2011, the New York Times’ Kim Severson predicted that the digital revolution would be “slow to arrive in rural America.” If you live in a town like Coffeeville, located in Clarke County, Ala., the only time you might have access to a computer is in school. Half of the county’s residents don’t even have dial-up. Severson warned that this was a sign of “two Americas,” a the growing gulf between the digital haves and have-nots: “There are those who have reliable, fast access to the Internet, and those, like about half of the 27,867 people here in Clarke County, who do not.”

The government’s National Broadband Map tracks what geographies are getting connected to broadband and who has yet to sign on. As the data indicates, the divide hasn’t improved since 2011. Much of the Western half of the United States (outside of the coast) lacks even basic broadband access. Screw Minority Report’s talking cartoon cereal boxes. Wyoming residents folks can hardly check their email.

How we log on doesn’t just speak to what types of technology we use but who we are as people—where we’re coming from and who’s getting left out of the narrative of technological advancement. Last year, MapBox charted Twitter usage data from iPhone and Android users to map the intersections of technology and class in America’s cities. They found that the divide between iPhone and Android users told a larger story of disenfranchisement.

Looking at Chicago’s map, broken up by the iPhone-heavy North and Center and the Android-dotted West and South, speaks to the greater history of wealth in the city, a city divided not by its cellphone carriers but by class and race. According to the Brookings Institute, Chicago ranks eighth in the nation in income inequality, fueled by the city’s rampant racial segregation. Chicago has long held the title of the most-segregated city in America. For reference, researchers John Logan and Brian Stultz looked at Census data to determine a city’s racial geographies. A score of 60 meant “very high” segregation. Chicago got a 75.9.

Outside of heavily gentrified Northside neighborhoods like Old Town, Lincoln Park, and the Gold Coast, where the city’s prosperous reside, the MapBox survey shows a smattering of green dots—Android users. But what’s truly alarming is the blackness in between those dots—how much of Chicago is still dark. As the city announced the closing nearly 200 schools last year, primarily concentrated in the impoverished South and West, it’s hard not to imagine those areas will get any brighter.

When we’re told what the future will look like, we always see the version where everyone lives like Minority Report’s John Anderton. Played by Tom Cruise, Anderton is a wealthy police chief, the kind of person who can afford a summer house on the lake or the newest Lexus model. But unfortunately, if the future is anything like the present, his will only be one side of the story.