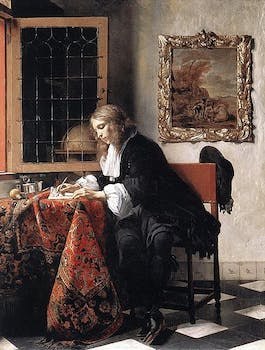 Breakup remedy: Write a letter to your future self

Heart broken and need a pep talk—from yourself? Use this site to write a letter that will be delivered from you, to you, in the future.

I just sent a letter to myself one year in the future using futureme.org.

I’ve never done such a thing, but after swimming in a cocktail of emotions after a breakup and talking to a friend last week, it seemed like an exceptional idea.

This friend has been sending herself letters for years. Some she receives within the same year, some a year later, and some she won’t receive for another 20 or 30 years (!). Can you imagine getting a letter from your 20-something self at age 50?

“Writing to oneself far into the future is deliciously uncomfortable—but revealing and constructive,” she said.

Indeed. The lengthy letter that poured out of me today certainly revealed some unknown feelings I had about the former relationship and myself. It also illustrated a very clear picture of the future: the person I am becoming, and the fulfilling partnership that I know is possible.

I already feel better, having set my thoughts free.

I also feel damn mature. I’m a far cry from the drunken make-out bandit I’ve been after breakups in the past. These days, I’m a scholarly yogi who writes letters to herself (ok, and has the occasional martini).

If you’re in the same breakup boat as me right now, I suggest you write yourself an email about what great things the future will hold for you. No regrets allowed! Focus on what you’ve learned about yourself and your wants and needs

As my mom says, “It’s far better to be single and have the possibility of what you want out there, than to be in a relationship that isn’t meeting your needs.”