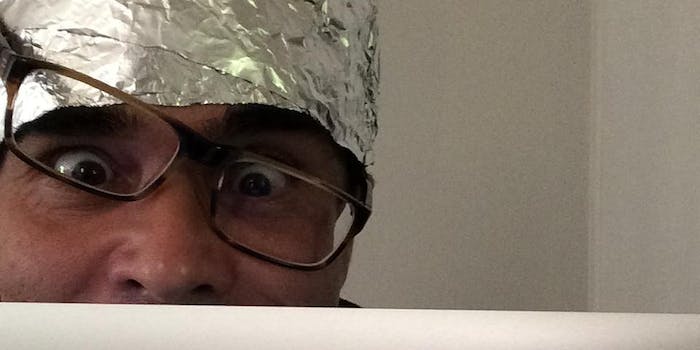 What I learned from a year spent in comment sections

I only came here for the comments

Two years ago I decided that I must diversify my underperforming portfolio of personal acquaintances and reignite the bonfire of human conversation in an otherwise hermit-like existence.

Fear not: I survived my year-long foray into that steamy jungle, albeit with a few battle scars. It was an enlightening and simultaneously horrific safari. Being a swashbuckling smart-ass who regularly walks the plank on the listing ship of his own human condition, I also decided to record my findings in a sardonic little book. With cartoons.

My view into the folly of human behavior was truly panoramic in scope. I came away with the belief that we’ve never possessed a more insightful oracle into the delirious state of contemporary Western culture than comments sections. I learned that it’s never just about the comments. Pick a comments section—any comments section—and each one becomes a revelatory scrying bowl in which to glimpse the underlying neuroses and dark, unpleasant truths that lurk beneath the surface of mundane human squabbling.

Let us take, for example, an online news report about a plane crash—one in which two people are reported to survive in various states of dismemberment while a few hundred others meet a grisly end. Then watch as an entire cavalcade of mesmerizingly predictable American archetypes emerge in the dangle of the comments section to pontificate regarding the horror:

One does not necessarily “make light” of human beings. Rather, one seeks to shine a light.

Mike and Mona Miracle show-up first. They are usually Duggaresque Christians, eager to blame “the Muslims” by default and find some reason to praise their own deity. Luckily, these two are thwarted by the Trendy Disbeliever, who questions the motives (not to mention the omnipotence) of a being that managed to rescue only two out of 267 people. This conflict, in turn, must be mediated by Rhonda the Reasonable, who swoops-in to urge “sensitive dialogue” until the Drunken Ranter and the Gleeful Racist materialize to call her an idiot. At least a dozen Agitated Codgers blame the disaster on liberal policies and the scourge of metrosexuality until, alas, poor Rhonda abandons all reason and loses her goob, blasting everyone with a foul-mouthed harangue worthy of Caligula at his most degenerate. After this denouement, it’s only a matter of time before the ALL CAPS IDIOCY-MAXIMIZER appears to finger-scream about some obscure Chinese connection and, finally, a bright beacon of hope emerges amid the fray to tell everyone how they can make $9,000 a month working at home in their jammies.

Upon realizing that even a sentient soul like Rhonda could do little to change this state of affairs, I decided that a heavy dose of mockery—a red hot roasting with all the flaying power that merciless satire can deliver—was one way to combat our spiral into collapse. Give archetypal names to the anonymous! Probe their secrets! Group the trolls into species and subspecies! Laugh at them and laugh with them, but above all laugh at myself … because my own, twisted little impulses and anxieties were indeed ever-present in the vast confraternity of Comments Land.

This power to laugh at the things that divide us, this capacity to lampoon even the most reprehensible among us, can be salvific. One does not necessarily “make light” of human beings. Rather, one seeks to shine a light. Laser-like and penetrating. And today’s turbulent comments sections can benefit from an old-fashioned spanking, apparently.

What began in the aughts as an exciting medium for the sharing of immediate, popular opinion has morphed swiftly in the last decade. Internet comments sections have exploded across the cyber-landscape like great mushroom clouds swollen with radioactive vulgarity and cultural ennui. The fallout is beginning to take its toll: Online magazines like the Atlantic and the Pacific Standard—not to mention the Daily Dot—recently killed their comments sections due to the dearth of civility. Other outlets are following suit. In a 2014 interview with ReasonTV, culture critic Camille Paglia opined that comments sections were a “whole new genre,” but at this point one wonders if they’ll survive the weight of their own recklessness beyond, say, the confines of Breitbart, where that sort of thing seems to be de rigeur. The jury is still out, for now.

Maybe the editors of the Atlantic are right. Maybe comments sections have skidded past the level of mere “phenomenon” and careened into the utilitarian station-house of metaphor. There, the cultural locomotives are lined-up—vehicles of doom languishing in a terminus of terror, beckoning passengers aboard in a caterwauling parade of every untethered human compulsion imaginable.

My goal was to perceive what makes people tick and then share those perceptions with the power of hyena-caliber laughter. I’d linger to peruse your own opinions in the comments section of this article but my therapist just got back from lunch and today’s the day I’m supposed to tell her about the Yelp Whelp and the Puppy Suckler.

Yeah. We’re probably going to be busy for awhile.

Jonathan Kieran is a writer, illustrator, and humorist from Big Sur, California. He is the author of Confessions from the Comments Section: The Secret Lives of Internet Commenters and Other Pop Culture Zombies (Brightbourne 2015).