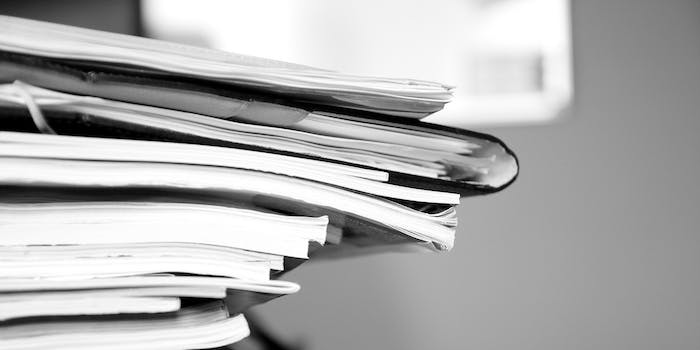 Ask a Freelancer: How to get out of the slush pile, part II

After the last column, several editors wrote in to share their personal experiences and advice from the other side of the pile

Melissa Chadburn is a lover and a fighter, a union rep, a social arsonist, a writer, of color, smart, edgy, and fun. Her work has appeared in Guernica, Salon, and the Rumpus, among others.  In Ask a Freelancer, Chadburn fields questions about writing, the blogosphere, platform building, and all things scary. She doesn’t presume to know everything, but she knows people that know more things than her, and if there’s one thing she’s learned, it’s that there’s nothing to be gained from withholding information. Reach her at fictiongrrrl(at)gmail.com or follow her on Twitter. She loves your whole outfit right now.

Recently we ran a piece on how to get out of the slush pile. So many folks wrote back saying things like FML I’m just stuck in that damn pile. Meanwhile editors, continued to send in tips.

I’m going to come clean right now. I’ve done every wrong thing on the list. In my twenties I was so ambitious and narcissistically blind to the imperfections in my own work that I went ahead and wrote what I thought might make a good-sized memoir. I had a friend take a photo of me, a headless one like you see often on the covers of women’s books. In fact— I essentially emulated the cover of my favorite novel, White Oleander. Who cares that that was also a foster care narrative, was made into a film, and was way better than mine. Who cares if you don’t submit manuscripts with covers? I went to Kinko’s and ran about a hundred copies of the thing, bound them (the fancy coil kind), and added a clear plastic cover and a boilerplate letter. Then I sent it to agents everywhere. I just knew they were gonna love me.

Oy. I feel queasy every time I think about it. If ever I had a reason to use a pen name, the fact that someone might remember this horrible blunder would be it. I had no clue. No idea what the steps were to getting published or what a manuscript was supposed to look like, or a query letter.

I even got a literary agent on the phone at the time. He asked me what was so unique about my foster care experience. Had I been raped? Was I in a gang? What made my story stand out? I thought he was so rude and gross while I stammered to answer his questions. Maybe he was rude and gross, but I understand what he meant now.

Just because I know more now does in no way mean I’m out of that hallway. I’m still rambling around in here, knocking on doors. I’m just grateful that I’m armed with more information. It is humbling, 10 years later, looking back and still feeling like I’m “emerging”—yet I think I’ve found that the need to act, the need to do something, to see my name in print—the ego—is really what got the best of me 10 years ago when I sent out that really expensive, let’s face it,  bound brochure thing.

Okay so enough about me, what do you think about me? Just joking. Here are some gems that came pouring in from other editors on how to get out of the hallway. Grab some pen and paper and take some notes:

“Query letters are important (so yes, get the editor’s name right, no spelling mistakes, explain why you want to be a part of that journal in particular, and keep it short) but the quality of the writing itself is by far more important. So my advice would be to never ever send something out until that little voice inside you tells you it is absolutely ready. It doesn’t matter if you’re on the 67th draft and you’ve lived in a peanut-butter-stained bathrobe for the past two months editing it. Print it out again, and read it again, one last time, and then one more time after that. At least when you get that rejection you’ll know that it was the best you could’ve done at the time, and that the piece just wasn’t for them. But do pitch them again in the future—in some cases, an editor needs to become familiar with a writer’s voice before he gets what she is trying to do.”

“The only thing that turns my head is a good broad topic. Of course, I also need to know who the author is and if they are likely to be up to snuff, but first and foremost, I’ll scan for topic which I can tell by title and then make a decision in 30 seconds or less. Also it helps not to appear crazy. Though crazy proposals are an endless source of intra-office fun, they are also swift rejections.”

“Editors also write pitch letters—‘Hey, famous dude, write me a bestselling book on huge subject x, please.’ When I started in publishing, my letters had 95% failure rate to 5 years later got to 90% success rate (at least interest, even if they ended up too famously busy or famously lazy to actually write the book). Used the same lessons: think big, write well, show you know what they do and what you do—and why they two should come together.”

“I look at the school, the title, scan for craziness and make a decision in less than a minute. But I think I pursued three projects this year that impressed me? I don’t like it when people send me proposals in urgent packaging like FedEx overnight.”

“Whenever someone I know has a book idea, and they ask me how to get it published, I give them some really basic advice: Go to a bookstore you love, look for books you love that are in the same subject area as yours, note the publishers, and thoroughly research their submission process. A lot of trade nonfiction publishers welcome books similar to ones they’ve already published, if there’s something special about it. (So make sure your book has something new to offer.) If your book has series potential, briefly let them know what the next 2-3 books might be. And it doesn’t hurt to be wildly likeable: Publishers are thinking about how they can market you as well as the book.”

“My biggest pet peeve proposals are memoirs masked as self-help: ‘I’m going to show readers how to solve their problems by telling the story of how I solved mine.’ That’s a very difficult thing to pull off, and unless you’re an incredible writer, a very big name, or you’ve lived an amazingly interesting life, I’m not reading past the cover letter. Everyone has dealt with hardship of some kind. The question you have to ask is blunt, but necessary: What makes you so special?”

“Being professional and concise is always the best policy, and know and like and appreciate your market. That said, it’s hard to stand out these days with the glut of submissions, and I feel for new writers regarding this. When I edited a magazine, we were virulently against the term and practice of a ‘slush pile.’ Back in those days when manuscripts were mailed by post, we read EVERYTHING the exact same way, logging pieces out to 35 readers around the country… We got around 3,000 submissions a year and we read every one, and we didn’t solicit work—we invited it sometimes, but never with a guarantee, and it still had to go through the paces. These days, when a popular magazine could get 3,000 submissions inside of a week due to the ease of online submissions, I’m not sure it’s possible to have that stance anymore and it kind of bums me out.”

“Show that you’re a reader of the magazine. It’s much harder to reject someone who is part of your family. Keep your letter short and direct and polite—just the facts and a sincere thank you.”

Personally, I’ve found that the trifecta of character traits that seem to lend me success are willingness, objectivity, and patience. At any given moment, I can be out of any of these things. I often need to check myself on my actions, especially now in the digital age when it can be so damn easy. Before I click send, I ask myself: “Am I acting out of lack of willingness or objectivity or patience?”