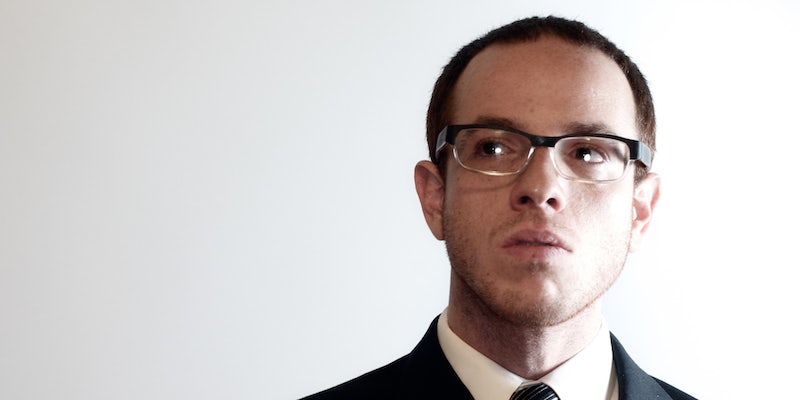 America’s CEOs make too much money. Is it time to cap their salaries?

I am often fascinated with this idea—of a “real job.” What does it mean that some jobs are real, and others are only partial, or stand-ins until another opportunity comes along? I live with a couple guys who work in the food service industry, and we are bootstrapping our own company together. We don’t have much of a budget but we have an idea—that working for and with one another is better than working for someone else.

Between the three of us, we hold three bachelor’s degrees and a JD; conventional wisdom would hold that since we went to college and have the requisite experience we should be next in line for those “real jobs,” but we don’t. We are the bartenders, line cooks, and the “help” at catering gigs across town. This isn’t what we expected going into college, but it became much more real as we were getting ready to leave it.

As John Steinbeck put it, we live in a society of “temporarily embarrassed millionaires.” We are taught to believe that the American dream is within grasp; for some, it remains a pipe dream—while for others, it’s what you are born into. Either way, the deck is stacked: It has a lot to do with the zip codes you live in, the ethnicity of your family, or your educational attainment.

In the economic climate of 2015, we aren’t all temporarily embarrassed millionaires. Instead, we carry about our lives like we are the next schmuck who is going to “make it big,” and this leads to a culture that exacerbates the stratification of wealth. This is bad for business, bad for families, and hurts our society as a whole.

We are taught to believe that the American dream is within grasp; for some, it remains a pipe dream—while for others, it’s what you are born into.

The lottery might be the single easiest thing to point to to underscore this point. It brings in over $50 billion annually, despite us all knowing the odds of “winning” is mind-bogglingly small, yet we keep on scratching, hoping to hit the jackpot. We don’t often do what is in our best interest because we continue to believe that could be us next. Instead of worshipping that culture, which promises that we could one day all become billionaires, it’s time to change that.

While the effort to #FightFor15 has been working to raise the minimum wage to a livable level, fighting for table straps will not help to alleviate the existing disparities in wealth. Instead, the effort to begin chipping away at inequity needs to be twofold, working to raise the floor but also lowering the ceiling by capping CEO pay. The problem is not just that too many Americans make far too little but also that others earn far too much.

This idea has not been addressed in any meaningful way (e.g., with a hashtag campaign to accompany it) because in large part, the idea of capping executive pay is viewed as a slippery slope to socialism. At first glance, it might seem like a difficult proposition to swallow, but when you take a closer look at just how stratified our economy is, the picture becomes much clearer.

According to the Washington Post, the ratio of CEO compensation to an average worker within that same company is a staggering 350 to 1. The amount of wealth corporate executives earn is so far beyond the imagination of everyday workers that, on average, people thought that the ratio should be no greater than 10 to 1, a far cry from reality.

The odds of “winning” is mind-bogglingly small, yet we keep on scratching, hoping to hit the jackpot.

However, the boundaries between overpaid CEOs and the rest of America is bigger than corporate salaries. According to research from CNBC, only 12 percent of Americans actually own stocks directly.

Thus, while the stock-ownership route has been touted as a solution to the corporate pay gap, this system itself is populated in large part by the executives who stand to gain by the stock market continuing to tick along. It is like a country club where the wealthy earn more wealth by trading bits of their own companies to make more money.

What does an alternative look like? We can raise the minimum wage higher and cap CEO pay, but of course, this is only the start in bringing about the type of society that allows us all to share in the great wealth that exists in our country.

The ratio of CEO compensation to an average worker within that same company is a staggering 350 to 1.

Luckily, some companies are already taking those important first steps. Last week, Dan Price, the CEO of Gravity Payments, a processing firm in Seattle, announced that he would be taking a 90 percent pay cut in order to give his employees raises. In reducing his own salary to $70,000 a year, CNN Money reports that the change “will double the pay of about 30 of his workers and will mean significant raises for an additional 40.”

Elsewhere, the Mondragon Corporation in Spain has institutionalized policies that cap pay ratios at 5 to 1. The folks at the Democracy Collaborative in my home town of Cleveland are also exploring employee ownership in their new initiative called the Next Systems Project. Employee ownership allows for shared prosperity, encourages cooperation, growth, and hard work but puts fail safes in place to avoid some sort of pyramid-like compensation scale. America’s largest employee-owned company is Publix Super Markets, with 160,000 employees, but others include Schreiber Foods and Lifetouch Photography, which is 100 percent employee-owned.

We are a country that has built, challenged, and remade systems before and have reached a threshold that requires we do this again. The kind of society we build is up to us, and it ought to look like us, benefit us, and ensure that millions aren’t left behind while a select few reap the rewards.

Daniel Brown is a graduate of DePaul University where he studied Ethics. Living in Cleveland, Daniel is the co-founder of Rust Belt Riders Composting, a worker-owned, bike-based organic waste removal company. He was also named a National Fellow for the Environmental Leadership Program class of 2015, in his free time he enjoys playing pinball and cooking.

Photo via rogerimp/Flickr (CC BY 2.0)