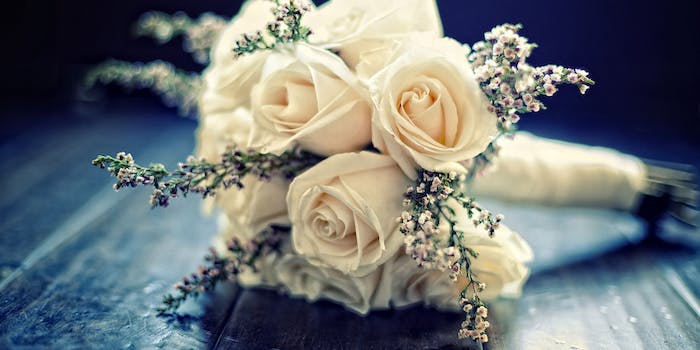 “She’ll practically orgasm to serve him,” my friend says.

“I don’t want anyone orgasming to serve anyone,” I tell her.

“That’s their culture,” she says with a false sense of reassurance. “I work with Filipina women. I see it every day.”

I am on the phone with one of my friends talking about my older brother, Michael*, and his future wife, a 23-year-old mail-order bride aboard a plane from her native Philippines.

Despite what radical conservatives like my brother believe, me being a career-focused single female does not make me a man-hating socialist unknowingly oppressed by the propaganda of the feminist movement. I hate neither men, nor marriage, nor cooking, nor childbirth. If anything, I take pleasure in spoiling a male partner, whether it be with a home-cooked meal, or a massage, or—yes—oral sex. To me a man is neither a paycheck, nor a punching bag. No, if anything I am still single because I am a romantic idealist who believes in the utopia that is a true and everlasting love and partnership, and I would rather be unattached than compromise that dream.

Eleven years my senior, my brother was one of my idols growing up. A product of our home environment, back then he didn’t subscribe to the ideology that a woman’s role was limited to looking pretty while staying at home and cooking and taking care of the children while simultaneously servicing a husband.

As his little sister, he strove to make me into a multi-dimensional, cultured individual outside the gender-defining confines of Mattel Barbie dolls, Sweet Valley High books, and Seventeen magazine. He taught me how to play pool when I was seven, bought me my first camera when I was nine, warned me about the perils of credit card debt when I was 12, and instructed me how to change my car’s brake pads when I was 17.

Together with my parents, he encouraged me to exceed in school and get my degree so I could have independence and not succumb to old societal protocols of male dependency.

As I entered my twenties, however, we became estranged. Even then, at his worst, nothing could have prepared me for the man he is today. When he offered to let me move in with him a year ago to save money on rent and pay off debt, I welcomed the opportunity. Beyond the motive of financial freedom, I reasoned we could mend our differences and start our friendship anew. Plus, his ex-girlfriend was pregnant with his now one-year-old daughter. I was going to be an aunt to a future dream warrior, such as myself. I was elated.

When I moved in, I saw sides of my brother no progressive-minded person wishes to see in someone of the same blood. It was election season 2012, and the War on Women waged as much within the confines of his house walls as it did outside of them. Among the newly adopted dogmas he pressed daily between breakfast, lunch, and dinner was that abortion should be illegal, that feminism was responsible for the decline of the family, and that women should not be allowed to vote because we are too emotional.

My niece was born two days after election night, and I continually pray that she never be homeschooled, as is his plan.

He’d already begun speaking with his future wife via an international dating site when word came of the pregnancy. My family and I were somewhat relieved to hear about his potential companion, as his ex is not a good person. Among her many offenses: She requested he drop half a grand on last minute tickets for a concert she wanted to see with him while my family was visiting him from out of town, she was secretly married to a soldier in Iraq when they first met, and—worst of all—she claimed to do jumping jacks seven months into her high-risk pregnancy with their child after he asserted his decision to remain broken up.

My parents and I tried to explain to him that not all women are like this—selfish, inconsiderate, and cruel—and that he was the only singular factor among the type of women he chose to date.

It’s been two years since he and his soon-to-be wife began their relationship online. She joined the international dating site to search for a better life, as it is not uncommon within her culture for Filipino men to physically abuse women, acts that go unpunished by authorities. She broke up with her last boyfriend, a fellow native Filipino, after he hit her across the face when she asked him what was on his mind.

My brother pursued dating overseas because, according to him, American women are only after a man’s money, and if they aren’t at the beginning, they will be during the divorce. American women, he says, will take a man’s house and his savings and his children and his 401K, citing first-hand accounts shared by self-declared feminist co-workers as proof. Except a person is not a feminist merely for identifying as one and vocalizing said identity. A person is not defined by their words; a person is defined by their actions. Certainly, there exist examples in our culture of women abusing the system to take advantage of good men, but that does not make it the standard, same way not all men are misogynists.

While married, my parents shared household duties and took turns cooking in the kitchen and cleaning the house. When my parents divorced, my mother never sought alimony, and my father could see me whenever he wanted. My mother chose never to remarry, continued to work, and spends her free time traveling with her hard-earned money. Now in his second marriage, my father raises my younger brother, keeps a clean house and prepares dinner daily, while it is my stepmom who financially provides for the family.

These are the family values I grew up with, one where both genders had the opportunity to redefine their roles and weren’t pigeonholed by outdated societal standards.

The reality that my brother’s future wife is in a position where her freedom is constrained by someone who is not flexible with a woman’s role in a partnership is why I am uncomfortable with him wedding this 23-year-old woman. I say “woman” because “girl” sounds derogatory, an implication that she’s a child despite being an adult, that she is unaware of what she’s doing.

There’s a part of me that recognizes she made a conscious decision to venture alone into the unknown for the opportunity at life in America rather than remain in the Third World country and culture she has always called home. Yet, another part of me also knows that she chose the more promising world because her options are limited, and as such may be blindly optimistic to the situation she’s committed herself to.

It is true that my brother will not physically abuse her, and she will live in a beautiful house in an upscale neighborhood with a Prada purse slung over her shoulder, but when the two of them began courting two years ago she was sold a world where it was a union, one that would even include a child of their very own someday. During this honeymoon stage, my brother spoke of her fondly and often. He visited her in the Philippines and they would Skype and chat daily. Eventually she came clean: “I think I’m falling for you.”

That’s when reality began to set in. He didn’t know what to say. He didn’t love her. He wanted to, but did not.

I don’t know when my brother’s heart metastasized from a living, breathing organ into the bedrock it is today, but at some point he changed, and with it the world he surrounds himself with.

To say he only has one friend is no exaggeration. Without people and differing perspectives to humanize him, he lives in a bubble of negativity, continuously breathing in the toxic air that circulates within. He never leaves the house, save for errands and work. Fox News runs constantly throughout the day. At dinner time, he buries his nose in conspiracy theory books. He won’t even welcome the laughter of sitcoms on account of the media’s “liberal agenda.”

Aside from his fatherly duties, he does not cook, or clean, or even partake in stereotypically “male” responsibilities, such as taking out the trash, and constantly bemoans exhaustion.

That is where his wife comes in. Seeing as how she will come from nothing and will have everything and doesn’t have the influence of the feminist movement to taint her scope of what her life could be if she could work or have a voice, her role in their relationship will be a traditional one of cooking and cleaning and looking pretty while taking care of his child.

It could be true that his wife is a mature 23-year-old unfettered by the influence the Western world, of Real Housewives and Kim Kardashian and E!, that she doesn’t desire material goods, or know of Gloria Steinem or Betty Friedan or Oprah, but a 23-year-old is still a 23-year-old, is still a human; a world limited to cooking and cleaning for a man and his child with no music and no friends and no laughter is not the life a person wants for themselves—American, Filipina or otherwise.

Finally, a few weeks ago, after two years of Skyping and texting and conversations face-to-face, the moment of truth arrived. He made his last trip to the Philippines to keep her company after she interviewed at the American Embassy in order to be cleared so she could fly to a new country, to her new home.

While there, he began to sing a different song, sold a different sort of union. He told her he did not love her, that he was still in love with his ex, that he did not want her to work, and that her duties would be to cook and clean and raise his daughter. But he assured her that there would be no sex—it wouldn’t be like that. He was going to get a vasectomy.

Crushed by the new proposal made to her, she declined his offer. She said that she wanted to get a job to help her family back home, that she didn’t want to be a maid, and that she wanted children of her own.

She comes from a culture that oppresses women, a culture without the voices of the feminist movement here in America, and even then her instinct is the same as us American women: She wants love and companionship and equality.

Except she’d already sold her car. She had no job. Her family stopped speaking to her because she called off the marriage. Two years had already passed. She’d invested so much of her time. Her options were even more limited now than before. And so, the decision was made. She conceded to the conditions and boarded the plane to the Land of the Free—to live with a strange man and his strange proposal and his strange family.

*Not his real name

E. M. Martinez is a writer living in Brooklyn. Follow him at www.extraordinarymachine.net. This article was originally featured on Good Men Project and reposted with permission.