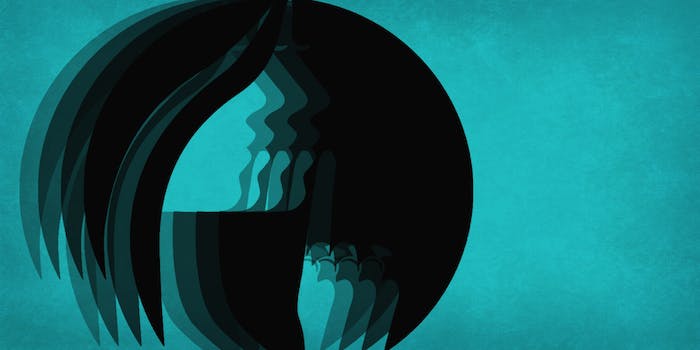 Cheating is an awful thing to do—but should you lose your job over it?

Getting exposed on Ashley Madison could mean unemployment.

In the wake of several massive data dumps stolen by hackers from the archives of popular cheating website Ashley Madison, the Internet has been pouring over the files to find out who has been implicated by the attack. According to the Associated Press, hundreds of government employees from dozens of agencies have accounts with the controversial site, including many in the White House, as well as members of the military—where adultery can cost you an honorable discharge and a year in jail.

Among the more high-profile public servants in the hacked files is Florida State attorney Jeff Ashton—who prosecuted the Casey Anthony case—and he is not taking his presumed resignation lying down. “As embarrassed as I am about what I did, I did not commit a crime,” Ashton told reporters, reiterating that his actions “have had absolutely no impact on the performance of my official duties.” Jeff Ashton is refusing to step down from his post—and so should others in his position.

This might sound like a cheating husband looking to avoid further damage to his life and reputation, but Ashton is correct in standing his ground. Too often we leap for the pitchfork when such scandals make headlines, but we never stop to consider the precedent we set when we consider adultery a fireable offense. Certainly any public official should be held to certain moral standard, but is punishing people for cheating on their spouses a particularly fruitful endeavor?

Of course, adultery is a very serious cause for mistrust in a relationship, but as we flog Amazon for firing people over otherwise unrelated personal troubles, we should consider the divide between a professional and personal life all the more sacred. In its damning investigation of how the company treats white-collar workers, the New York Times collected numerous instances of Amazon putting workers on notice for family emergencies—ranging from divorces to stillbirths. An extramarital affair, while more pernicious, should be treated with the same deference.

Certainly any public official should be held to certain moral standard, but is punishing people for cheating on their spouses a particularly fruitful endeavor?

Even the military’s staunch rule against adultery has its limits. As Slate’s Brendan Koerner notes, the Uniform Code for Military Justice states an adultery charge is only justified when the affair “to the prejudice of good order and discipline in the armed forces or was of a nature to bring discredit upon the armed forces.” General David Petraeus, who handed over top secret information to his mistress and biographer Paula Broadwell, should be charged under such a distinction. A servicemember that has an affair but otherwise serves with honor should not.

And so it should go for other public servants at all levels of government. While I’d stop short of treating adultery like a crime (it is illegal in 23 states, though generally not prosecuted), an affair should be treated like any other detriment to an employee’s work. It’s a difficult contrast to draw—decrying adultery in a personal manner while ignoring it in a professional one—but it’s one we must recognize.

According to a 2013 Gallup report, 91 percent of Americans say cheating on your spouse is always wrong—which is double what it was in the 1970s. As the Atlantic noted, the study revealed that “we’ve become more willing to embrace diverse models of sexual self-expression, even as we’ve become ever more intolerant of hypocrisy and the human frailty that makes hypocrisy almost inevitable.”

You’d think that would extend to our collective perception of infidelity among politicians, but who in public life we choose to forgive shows this divide between work and personal standards. Some receive absolutely no sanctity for their actions. Former Congressman Anthony “Carlos Danger” Weiner (D-N.Y.) went from a respected member of the House of Representatives to a late-night punchline for sexual messages he sent over Twitter in 2011. Rep. Chris Lee (R-Hawaii) resigned after being caught posing shirtless in a Craigslist “Casual Encounters” ad that same year.

Others, like Gov. Mark Sanford (R-S.C.), might recover from an extramarital affair enough to regain some of their stature. South Carolina’s state Senate voted to censure Sanford after a supposed hike along the Appalachian Trail in 2009 turned out to be a long-distance romance with an Argentinian woman. Sanford would go on to run for a Congressional seat in 2013, receiving endorsements from Sen. Rand Paul (R-Ky.), Sen. Lindsey Graham (R-S.C.), and Gov. Nikki Haley (R-S.C.), his eventual successor.

As we flog Amazon for firing people over otherwise unrelated personal troubles, we should consider the divide between a professional and personal life all the more sacred.

Perhaps the most famous adulterer of all is also the popular. Former President Bill Clinton came out of the Monica Lewinsky scandal looking like a well-polished turd—politically speaking—after cheating on his wife and lying about it numerous times. Even in the immediate wake of the scandal, Clinton was able to retain mass support among most Americans. In fact, when Republicans attempted to force Clinton out of office through impeachment proceedings, his approval rating was a stunning 73 percent, numbers that would be nearly unimaginable for Barack Obama.

And this wasn’t the first whiff of scandal around Clinton’s presidency: This followed rumors of numerous affairs, as well as a sexual harassment suit. But despite our general distaste for adultery, Clinton remains one of the most respected politicians in the world. He consistently beats both Bushes and Jimmy Carter in approval ratings among living presidents. Among disgraced public figures, a 2014 poll from 60 Minutes/Vanity Fair found that Clinton was the most forgiven, beating out Lance Armstrong and Richard Nixon for the dubious honor.

This is what should have Ashley Madison users so worried. If they were just window-shopping at a site specifically devoted to extramarital affairs—like Ashton claims—then all that can attach them to infidelity is an impersonal email address and a list of IP numbers. There’s nothing to make them a meme in the same way Weiner’s texts instantly circulated across the Web. But if the details of their accounts, including any messages they exchanged, should come to light, it’s unlikely they’ll receive the same clemency as the public offered Bill Clinton.

When Republicans attempted to force Clinton out of office, his approval rating was a stunning 73 percent.

Affairs happen for a wide variety of reasons, yet we seem to hold different officials to different standards. While all affairs are indefensible in the face of loyalty to your partner, there’s no real reason to force any public servant out for what is, at it’s core, a personal offense. Unless a cheating spouse has built their career on the family values of purity—like Ashley Madison clients Josh Duggar and Christian vlogger Sam Rader have—an affair doesn’t stand to influence their performance as a leader.

But these hacks haven’t just ruined careers. They’ve also ruined lives, and it’s worth considering how heavy a price cheaters should pay. Toronto Police believe two recent suicides in their city stemmed from the fallout of the Ashley Madison attack. These were not, by all accounts, pedophiles or rapists. Their “crime” is not one of sexual deviance—just disloyalty to someone who loves them. While that is often unforgivable in a romantic sphere, the punishment is not the Internet’s job to enforce.