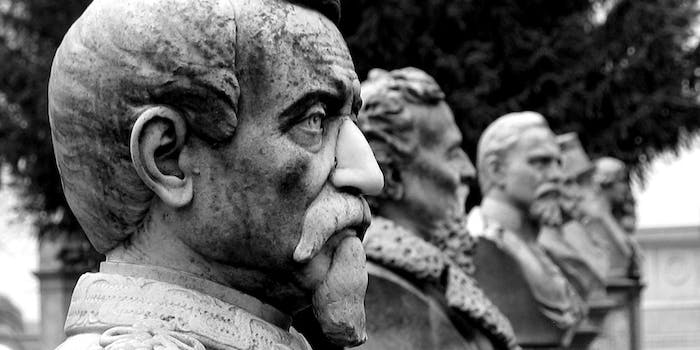 If you shame someone for getting cosmetic surgery, you're just blaming the victim.

Without fail, reports on these issues are riddled with judgment, vitriol, and even thinly veiled hatred. Headlines use words like “horrifying,” articles use words like “horrible and wretched,” and the comments sections throw out everything from personal insults about the people involved, to hand-wringing pontification that the human race is surely on the decline.

What is the huge problem? Why does this issue, living at the intersection of beauty, technology, and self-improvement, bring out such raw and unbridled disgust in so many people?

Let’s start by talking about what the problem is not.

The problem is not the amount of money spent. At least, for an open-minded person it should not be. One can always make the argument that the same amount of money could be “better spent” on other things, certainly, but most progressive people realize that if you go down the road of dictating how people may or may not spend their spare cash you hit a moral sinkhole. The next thing you know, nobody is allowed to buy artwork because that same money could be “better spent” on feeding starving children.

Moreover, the cost alone can’t explain the emotionality of these reactions to cosmetic procedures. Plenty of people buy $500,000 cars when a $20,000 car would run just fine, and although there is a certain sect of Puritanical progressive who might angrily judge the owners of $500,000 cars, those people are very much in the minority. Most people might roll their eyes, imagine the person to be shallow, and move on.

People who choose to spend $100,000 on cosmetic procedures, on the other hand, are called pathetic, warped, mentally ill, “ugly on the inside and out,” and worse.

The problem is not physical risk of the procedure, either. At least, a person who is informed about cosmetic procedures would not view it as a problem. The “hand lift” procedure that has been so much in the news lately involves a combination of an injected filler called Juvéderm and laser treatments to resurface and reduce uneven pigment in the skin. When these procedures are performed by a board-certified aesthetic physician, they are just as safe as getting a piercing or tattoo.

Actual cosmetic surgery is a higher risk. Of course, there are horror stories in the news about what happens when things go wrong, usually when someone goes to a surgeon who isn’t a real surgeon. But if the surgery is done in the proper environment by degreed and skilled professionals, there is very little risk. The rate of serious complications is less than one half of one percent.

If the problem isn’t the money and it isn’t the risk, then what is it? About a year ago I put this very question to the members of the Facebook page Being Liberal when the topic of plastic surgery came up, asking how people who consider themselves to be politically liberal could be so judgmental about what people choose to do with their own bodies.

After setting aside spurious arguments about cost and risk, the most common responses fell into three categories:

1) People who elect to have cosmetic procedures must be insecure.

2) People who elect to have cosmetic procedures must be shallow and care more about looks than who they are “inside” as a person.

3) People who elect to have cosmetic procedures are reinforcing the more systemic problem of looksism and narcissism in our culture, and are symptomatic of culture that constantly tells people that they aren’t attractive unless they look a certain way.

We are living in a time of enormous progressive social change, as we increasingly become comfortable with the fact that different people have different values, desires, religions, and moral systems, and that maybe we can all co-exist peacefully.

So how is it that the same people who say “two consenting adults should be able to do whatever they want in the bedroom” end up being so presumptuous about the shallowness or insecurity of people who want cosmetic procedures? The irony is that the same politically liberal crowd usually sees tattoos, piercings, and other body modifications as artistic expression and individual choice—yet somehow it’s shallow or neurotic when a person wants a nose job or fuller lips. Do you really feel comfortable making these prejudgments of people?

As one Facebook user said in a comment war on the topic of cosmetic surgery: “As a woman and human being, I certainly wouldn’t want people telling me what I should do with my body and judge me for what I do. If I get an abortion, I’m a murderer. If I get plastic surgery, I’m vain and insecure. If I don’t shave my legs, I’m disgusting. If I take birth control, I’m a slut.”

When put in this context, it is easy to recognize that “cosmetic procedure shaming” can easily have a sexist edge to it, as well.

Personally, I think there is nothing wrong with a human being taking control of his or her own body and appearance—but suppose you disagree, and you think that wanting plastic surgery is a symptom of existing in a shallow and narcissistic culture. Surely, shaming people who get cosmetic procedures, calling them “horrible,” “wretched,” or “shallow,” is just blaming the victim. And doing that, most certainly, is itself shameful.