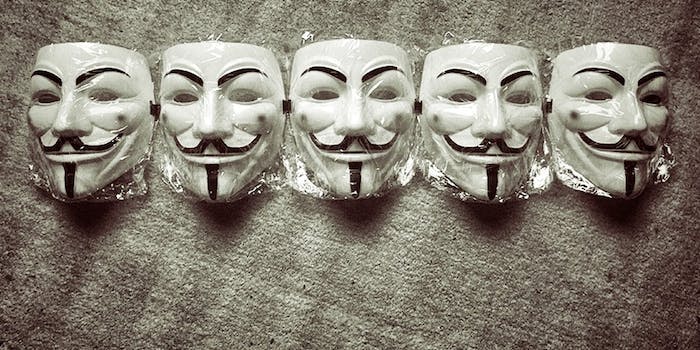 Taunt Anonymous at your own risk.

Taunt Anonymous at your own risk.

One Australian teenager took to Twitter and public Anon site CyberGuerrilla to write post after post calling the site administrator for the hacktivist hub a “f**king c*nt.” 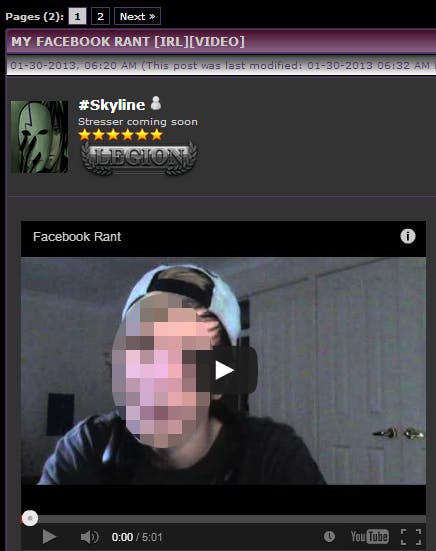 His real name revealed. His address. His phone number. His parents’ names. His gamer IDs, his hacker IDs. His school (and an admission he’d tried and failed to crack the firewall). An article on his own illegal hacking that he’d appeared in under a pseudonym, with his face blotted out: it didn’t matter; they found it. They found it all, including his age: 14 if you believe the article, but 16 if you believe his post in Hackforums.

My plans for the future is to finish school and get a degree in a computer course. I hope i’ll still be around on Hack Forums. I plan travel the world, and seeing places i’ve always wanted to see. I’ve still got a lot to learn in life, as i;m just only 16 years old. I know that i’ll be going through things in life that i don’t want to. But it is for the good…

I’m going through this stage right now, where I seem to care about everything. I know this might not mean a lot to you guys, but it really means heaps to me.

And then, a screenshot of him begging for mercy. The last we saw of “Skyline,” he was begging Anonymous to remove the dox and offering to donate to the very pregnant wife of w0rmer, an incarcerated member of LulzSec. After that (yes, they kept going) they hacked his Twitter account. For the last 20 hours or so, the group has been relentlessly posting things to make him look and feel even worse (if that was even possible). In one of the several posts about this on CyberGuerrilla, hacker crew ro0ted rubbed salt in his wounds:

A Skid is a “script kiddie,” someone incapable of writing his own code, who simply copy/pastes and runs the code developed by others, but still calls himself a hacker. “Remote Admin. Tools,” or RAT, is what enables the nefarious to spy on you through your own webcam. Ro0ted is one of the most famous, long-running hacker crews in the world: Today it celebrates its 10th anniversary. It’s as if Darth Vader just walked into kindergarten and started spanking a kid.

The Daily Dot talked to Doemela, the administrator of the CyberGuerrilla site, about how it all started. It’s important to know that CyberGuerrilla is one of those websites that advocates strongly, even dogmatically, against censorship and refuses to delete contents. I know: I tried to get them to delete an article of mine that had been scraped and posted in its entirety, to no avail. As you can see from the “Anonymous” quote at the top of the article, Skyline taunted Doemela, posting insults and saying he’d continue to post insults until CyberGuerrilla took down his dox. We all know how well that worked out.

Doemela explained on Twitter: “Started with some1 posted a dox and than the person want that I delete that from my site April 28, 2013 – 2:32 am they are stil. Thats in the first or other post’s thought it was for trolling somebody and say or act as a ‘I am l33t H4xor.’ Fun thing is I told it would happen “Ur entered the hive now” the crying can begin.” And so it did.

The kid’s crimes? Apparently nothing more than an inflated perception of his own hacker skills; copping to stealing other gamers’ game coins; an obnoxious, teenagerish manner; and really, really poor target selection.