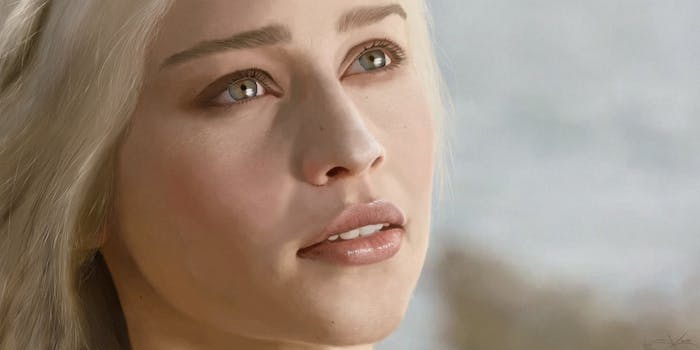 To win the war for TV, Netflix and HBO are becoming each other

In whatever buzzword we’re naming this era of the Internet, a common tactic amongst rivals seems to be to mirror each other.

In whatever buzzword we’re naming this era of the Internet, a common tactic amongst rivals seems to be to mirror each other. Samsung follows Apple down the smartphone rabbit hole. Facebook chases Google as both make more and more unpredictable acquisitions. Even sites are becoming more and more alike, as the Twitter slowly adapts its signature appearance to look more and more like Facebook.

Now, bitter rivals Netflix and HBO move closer and closer to being nearly the same thing.

Netflix and HBO may seem like the oddest of rivals, but the differences between the premium cable channel and online streaming service are mostly cosmetic. Both harvest revenue through monthly user payments which they then translate into syndicated and original content. Just as HBO draws in audiences with the bloodlust of shows like Game of Thrones and True Detective, Netflix has earned more than a name for its own programs, be it the deftly bookish House of Cards or the steamy and hilarious Orange Is The New Black.

But as Netflix readies itself for its first price hike in three years, many customers may have to face what we’ve known about HBO since Tony Soprano first walked down his driveway back in 1999: Premium content comes at a premium price. And if Netflix hopes to continue outpacing its broadcast brethren, we the customers will have to pay.

This, after all, is what HBO has used as its business model since it invented paying for television back in 1972. HBO banks on the idea that customers will turn over the monthly fee for interesting and original content, a system that has worked for them especially in the past decade. As shows like The Sopranos, The Wire, and Curb Your Enthusiasm changed what we expect from TV shows, HBO solidified itself as the leader in great content, both original and syndicated.

But as Netflix continues to gain subscribers—adding 4 million in just the first quarter of 2014—HBO finds itself amongst the rabble of network and cable channels struggling to keep the new generation of cordcutters on their couch and off their laptops, a position it would rather be looking into from the outside.

Just this week, HBO unveiled a series of hilarious ads for its HBO Go online streaming service, featuring two bright millennials suffering through awkward viewings of obliquely sexual scenes from Game of Thrones and Girls. As the concluding voiceover says, the selling point of HBO Go is watching HBO “far, far away from your parents.” This is a reflection of the network’s continuing ability to create hip content aside from its hinged existence to cable, an increasingly aging technology that Netflix has no need for.

A more substantial maneuver than a viral marketing campaign, however, is HBO’s recent deal with Amazon to syndicate its cherished original content on that site’s streaming service. This is a major shift for the network which, up this point, has tightly held onto all of its original content, only syndicating The Sopranos to basic cable network A&E and Band of Brothers to The History Channel.

For its part, Netflix has always meant to aim solely for HBO rather than cable as a medium. CEO Reed Hastings has even gone so far as to swear off any desire to venture into live broadcasting, the last sacred denizen of the same networks that so generously fill Netflix’s digital shelves.

While it’s completely reasonable to see Netflix as the foremost entity behind TV’s decline, the company itself wants to strike the balance HBO did with networks, existing less as a competitor and more as hot fudge to their plain sundae. As Hastings so presciently put it last year, “The goal is to become HBO faster than HBO can become us.”

Truth be told, this copycat style of business seen across the Internet is beginning to feel a lot like Presidential politics: each side rushes to the middle until there’s nary a difference between them.

And while HBO has quite a while to go before it even reaches the utility of Netflix (HBO Go currently only features a handful of shows and barely any films), Netflix’s own desire to make good with cable companies and networks alike mean both companies intentions may split the difference, leaving us with two or more dopplegangers, a likely subscription rate war, and a ton of great television.

Photo via skARTistic/Flickr (CC BY 2.0)