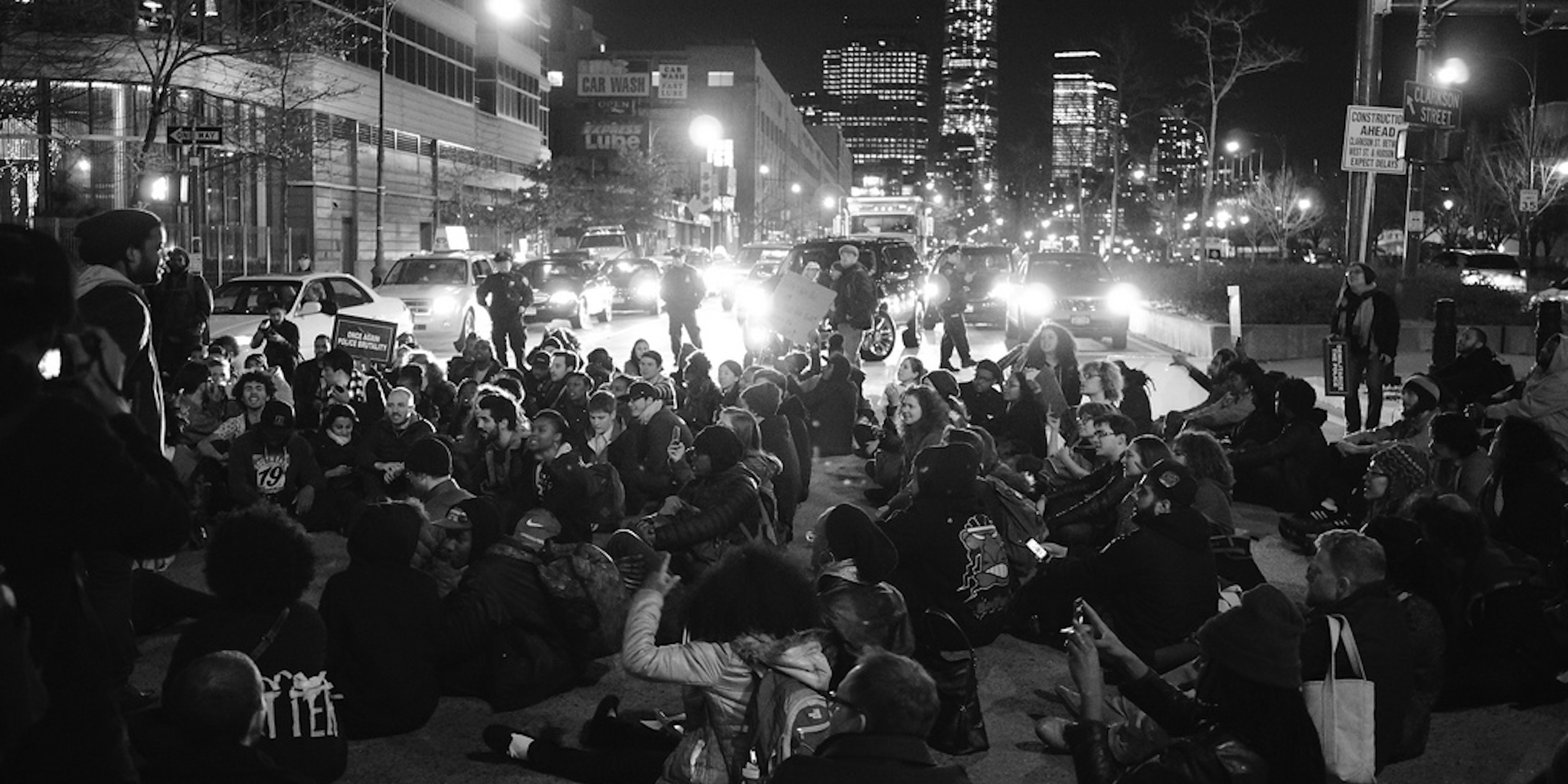 4 reasons ‘All Lives Matter’ gets race and police brutality wrong

It might seem well-meaning, but it's not helping the conversation.

Within the past six months, the issue of racism in law enforcement has taken center stage. In the process, there’s renewed mainstream awareness about a reality that black folks and other people of color have endured for many years. As news coverage revealed a steady trend of unarmed black people shot dead by police officers, black organizers and other activists have worked to elevate the conversation about the value of black lives—demonstrated in protests and on social media via the hashtag #BlackLivesMatter.

Not long after, #AllLivesMatter emerged.

There’s apparently some discomfort with focusing on the discrimination and violence routinely encountered by black people. Perhaps it’s because some people don’t want to appear divisive, or they wish to acknowledge that there are still everyday struggles across lines of difference. However, recent events demonstrate that black experiences need to be centered in discussions about law enforcement. That’s why the attention toward black lives has gained momentum, as many people are invested in calling for accountability and policy changes. It also explains the outrage on social media following President Obama’s State of the Union address, as some felt his “your life matters” remarks sidestepped the prevalent issue as it relates to black people.

But here’s just a few reasons why people should rethink taking an #AllLivesMatter approach to discussing race and policing.

Black lives became the focus because there’s an ongoing trend of unarmed black people getting shot and killed by police officers and vigilantes. It’s persisted for generations in America but, in the last few years, the death of Trayvon Martin, followed by Jordan Davis and Renisha McBride, prompted a renewed focus. And in 2014 alone, numerous other victims’ names came to the forefront, often with the help of social media, including Michael Brown and Eric Garner.

In an October 2014 piece for the Feminist Wire, #BlackLivesMatter co-creator Alicia Garza detailed how the movement came to be while providing a litany of reasons for the necessary attention on black people. As Garza wrote, “Black Lives Matter is an ideological and political intervention in a world where black lives are systematically and intentionally targeted for demise. It is an affirmation of Black folks’ contributions to this society, our humanity, and our resilience in the face of deadly oppression.”

“All Lives Matter” is often used as a form of counter-protest, along with other jabs such as “Pants Up, Don’t Loot” or variations of “I Can Breathe.” The two latter phrases are clearly targeted at those who’ve chanted “Hands Up, Don’t Shoot” and “I Can’t Breathe,” both of which respectively signal the tragic incidents with Brown and Garner. As framed for a counter-protest, “All Lives Matter” takes the issues of anti-black racism in policing, rendering them irrelevant and silly.

Further, the phrase is employed alongside indictments of “black-on-black crime,” pointing toward intra-racial violence as a tool of invalidating broader concerns of race and policing. Most crime actually takes place between people within a given racial category, including white people and non-black people of color. Of course, crime and violence aren’t desirable in any light. But the ongoing conversation about black lives asks people to openly question why black people consistently endure harassment and violence at the hands of law enforcement.

3) #AllLivesMatter derails the conversation from focusing on race and blackness

Demonstrations, trending hashtags, and media coverage all help keep the issue at the front of mainstream consciousness—particularly as it pertains to how black people encounter disparate treatment from law enforcement. As seen in the hashtags #CrimingWhileWhite and #AliveWhileBlack, there’s more grace and empathy afforded to white people, whereas their black counterparts endure different levels of harassment and surveillance. But in order to examine those differing realities, they have to be named. With “All Lives Matter,” there’s no room allowed to examine white privilege, as race gets removed from the discussion.

Last October, Garza directly addressed what often goes missing when people use #AllLivesMatter. “[W]e lose the ways in which the state apparatus has built a program of genocide and repression mostly on the backs of black people, beginning with the theft of millions of people for free labor—and then adapted it to control, murder, and profit off of other communities of color and immigrant communities,” she wrote. “We perpetuate a level of white supremacist domination by reproducing a tired trope that we are all the same, rather than acknowledging that non-Black oppressed people in this country are both impacted by racism and domination, and simultaneously, benefit from anti-black racism.”

4) It’s possible to affirm black lives and affirm other lives, too

“All Lives Matter” sometimes gets used by well-meaning people who wish to signal their belief that every life has value, a proposition most reasonable people wouldn’t disagree with. Ideally, social conditions would allow for an environment where law enforcement and everyday people treat each individual with positive regard and respect. Unfortunately, that’s not the real-world experience just yet, but it’s most certainly an aspiration. One can recognize and understand that all life is valuable while taking the time to examine how social systems and institutions—including law enforcement—treat black people differently.