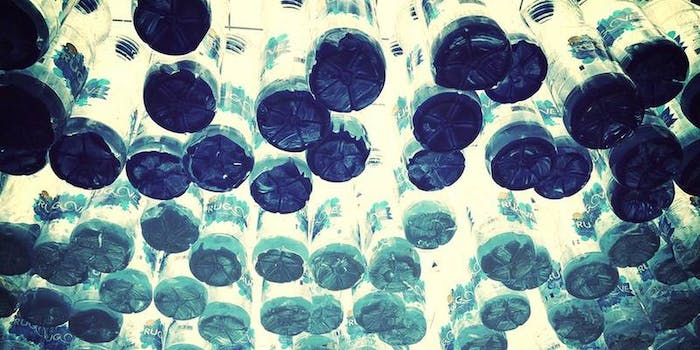 When it comes to America's water woes, one viral challenge is just a drop in the bucket.

If dumping a bucket of ice water on your head is unexpectedly trendy, complaining about it is even trendier. Since videos of pro golfers participating in the now-ubiquitous ALS challenge went viral in late June, critics have consistently voiced concerns about the challenge’s wastefulness. Analysts estimate that over 6 billion gallons of water have been wasted, 5 gallons for every single video uploaded to Facebook. (This may even be a conservative estimate, considering that some participants might not use the social media service.)

Criticizing the challenge’s water use is especially at a time when Detroit residents are having their water shut off and millions around the world die from lack of access to clean water every day. This summer, the state of California has been plagued by droughts that threaten to decimate the state’s long-term resource sustainability, and in August, Toledo residents were told not to drink the water, following a toxin that was released into the city’s water systems.

The issue here, though, is that these concerns often lack a focus on the larger structural issues at hand, as well as the millions of ways in which Americans waste water every single day, most of which are unrelated to ALS awareness. If we are going to begin to criticize the ice bucket challenge for its poor water choices, we need to take a deeper look at the culture which informs it. It might be easy to blame social media for what’s happening in California, but as the evidence shows, the challenge is the tip of the ice bucket.

Americans have some of the most wasteful water practices in the world. According to the 2013 Report from the American Society of Civil Engineers, the U.S. earns a barely passing D—up from a D- in 2009. Although the ASCE remarks that the “quality of drinking water in the United States remains universally high,” it cites the approximately 240,000 water main breaks every year as part of America’s ongoing water sustainability issue. As we have seen in the case of California, the ASCE comes with a cost: “Much of our drinking water infrastructure is nearing the end of its useful life.”

According to a survey from Scientific American, the U.S. uses slightly less total water than China or India, who account for 1,207 billion and 1,182 billion respective cubic meters of water each year, whereas the U.S. clocks in at 1,053. However, the U.S. population is much smaller (at 313 million) than either China (1.3 billion) or India (1.23 billion), meaning that America’s per person use is much, much higher. According to Scientific American, the U.S. has the world’s largest environmental footprint in terms of water use—2,842 cubic meters per annum.

3) The waste is coming from inside the house.

If you want someone to blame for America’s water problems, you can start with the family. According to Luke Mullins of U.S. News and World Report, the average U.S. household leaks 10,000 gallons of water a year, as the EPA estimates the average American uses more than 300 gallons of water a day at home. The main culprits include a leaky toilet (20 to 30 gallons a day), baths (75 gallons), an out-of-date washing machine (15 gallons), or handwashing your dishes (27 gallons per load).

Another issue is the amount of water Americans use on watering their lawn. As Mullins reports, half of all residential drinking water ends up in the hose. As Mary Ann Dickinson, the executive director of the Alliance for Water Efficiency, tells Mullins, “That’s the equivalent of taking a bottle of expensive Evian and just pouring it on the grass.”

4) It’s also coming from the South.

Americans’ water over-consumption is tied to our general penchant for abusing resources. The USDA estimates that in 2013, a striking 31 percent (almost one-third) of all food available for purchase in the U.S. went to waste, weighing in at a massive 133 billion pounds of unused food; this is an expensive habit, accounting for $161 billion in unearned revenue and $1 billion in clean-up for the massive tons of waste we produce each year.

Nalgene (yes, the water bottle company) determined that this is largely a regional issue. In 2009, the brand’s survey of the most wasteful U.S. cities targeted the south’s lack of conservation. All of the most wasteful cities are in the South and Midwest—Atlanta, Dallas, Houston, Indianapolis, and St. Louis—and many of the least wasteful entries came from the West—San Francisco, L.A., Portland, and Seattle. Atlanta came in last in recycling, environmental programs, trash disposal, and even turning back in library books.

In addition to being a regional, cultural, and class issue, as cities like Atlanta have high rates of poverty and social inequality, Americans’ water practices are also determined by tech and infrastructure. According to the National Resources Defense Council, upgrading to an energy-efficient dishwasher instead of using an older model or washing by hand, can save up to 24 gallons per load. A green toilet uses 1.6 less gallons of water every flush, according to the EPA, saving households potentially 14,000-25,000 gallons of water every year.

If you’re now concerned about how much water you’re wasting in your toilet each year, add to that the 2.4 tons of water bottles that end up in landfills each year. 2006 estimates from the Container Recycling Institute suggest that Americans used up $100 billion to purchase 6 billion water bottles that year, 75 percent of which were disposed of directly water use; many of these were likely still half- or a quarter-of-the-way full.

Although this water will evaporate, being trapped in a cheap plastic bottle in a landfill isn’t exactly doing it any favors, especially when tap water is both cheaper and healthier. According to Reuse It and the National Resources Defense Council, the regulations and testing that go into tap water are actually far more stringent than for companies like Dasani or Aquafina.

7) But the real problem is distribution.

One of the biggest misconceptions about wasteful water practices is that by dumping a bucket of ice on your head or taking long showers, you’re eating all the cake—and no one else will get cake ever again. The biggest issue with water isn’t renewability (we are using the same H2O the dinosaurs did, after all) but distribution, as Slate’s Nina Rastogi reminds us. “We may have enough freshwater on Earth to meet the global population’s current needs,” Rastogi argues, “but we can’t always make it available where it’s needed, when it’s needed, and in the quality in which it’s needed.”

In her essay Rastogi compares water to a bank balance. “If the community takes out more than can be returned in a timely fashion, it may reach a point at which it doesn’t have enough water to grow crops, wash clothes, or flush toilets,” Rastogi says. The ALS challenge is unlikely to crash that system all by itself, but as the evidence shows, it has a lot of help from American culture in general. If we want to think about making our country environmentally solvent, we need to take a closer look at our long-term balance, rather than a handful of transactions over the course of a couple weeks.

America’s ongoing water bankruptcy has little to do with a viral campaign. It has everything to do with us.

Photo via Aleksander Lazovski/Flickr (CC BY 2.0)