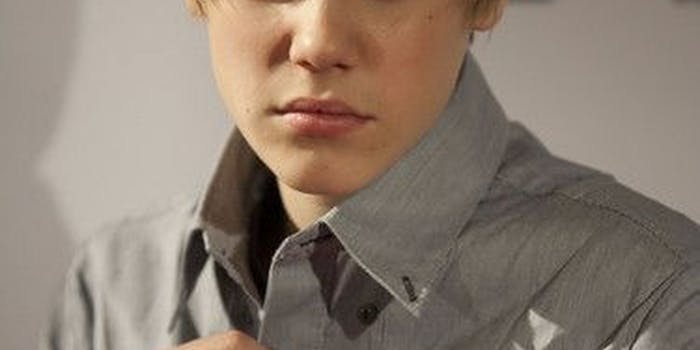 Teenage girl gets death threats after Justin Bieber retweets her

Like most anti-Bieber sentiment posted to Twitter, the tweet would have quickly been buried under Twitter's daily assortment of Instagrammed lunches and hashtags—had Bieber himself not retweeted it to his millions of followers.

A teenage girl received Twitter death threats from fans of pop star Justin Bieber after she posted a seemingly innocuous tweet about the singer.

On Feb. 3, Courtney Barrasford tweeted, “Not a really a fan of Justin Bieber but his acoustic album is actually good!”

Like most anti-Bieber sentiment posted to Twitter, the tweet would have quickly been buried under Twitter’s daily assortment of Instagrammed lunches and hashtags—had Bieber himself not retweeted it to his millions of followers.

“I AM A BELIEBER OF HIM SINCE 2009 AND HE DIDNT NOTICE ME, AND UR NOT A FUCKING EVEN A FAN YOU GET NOTICED OMG FAIR ENOUGH” user @kidrauhltbfhh tweeted in response.

Many fans expressed similar feelings of jealousy and resentment at Bieber’s public recognition of the non-Belieber. The jealousy soon spiraled into far worse sentiments.

“HOW CAN U NOT BE A FAN THO R U DELUDED AND HE RTd U THIS IS Y I H8 MI LYF” @justinakamylife tweeted.

Rumors even began to circulate that Barrasford was pregnant with Bieber’s child, something the teenager was quick to dispel.

Despite the grim nature of the reaction to her tweet, all hope is not lost for Barrasford. As her story went public, many Twitter followers—Beliebers and non-Beliebers alike—offered their well-wishes and support.

“I am no fan of @justinbieber either, so you all want to kill me to if he retweets this.. #youresostupid @Courtney_CB wish you all the best” @Rahimns tweeted.

Since retweeting Barrasford’s opinion, Bieber himself has not made a public comment on the matter.

This is hardly the first time death threats have been posted to Twitter. In October 2012, Christina Applegate’s fiancee was the recipient of death threats from a fan madly in love with the actress. In July 2012, film critic Marshall Fine received death threats after posting a negative review of The Dark Knight Rises.