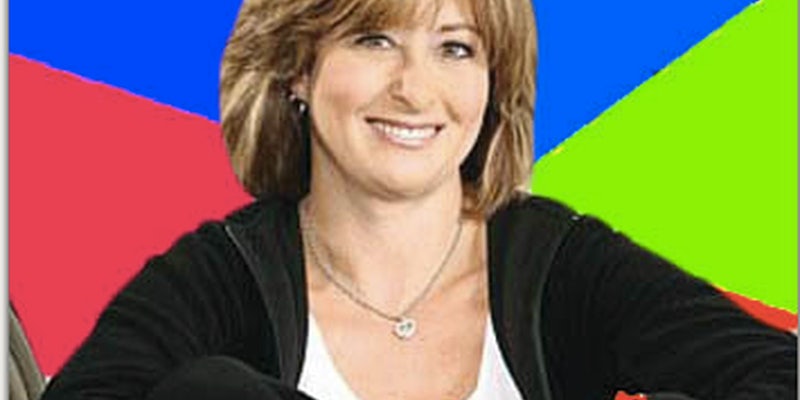 “I was the mom who let them watch R-rated movies," says Carly Phillips, the unintentional subject of the popular meme Sheltering Suburban Mom.

You’ve probably seen the meme of the Sheltering Suburban Mom. A running joke on Reddit and elsewhere since at least May 2011, it’s a picture of a woman with a tight smile, accompanied with two ironic lines of text that portray a strict, out-of-touch mother.

“Lectures kids on dangers of marijuana / Takes two doses of Xanax every day,” reads one iteration of the meme. “Sees F’s on your report card. / Yells at teacher,” goes another. A few paint the character as a bigot: “Calls Mexicans lazy / Hires Mexican housekeeper.”

Memes can quickly take off thanks to QuickMeme.com. There, you choose from any number of pictures, each associated with its own joke. The site lets you type in your own captions on the fly, creating a database of thousands of riffs on the same meme. Most of these are animals, drawings, or stock-photography models.

A few, however, are images of people who in real life never gave their permission to become the face of a joke.

That was the case with Carly Phillips, the woman whose picture became Sheltering Suburban Mom. She only learned of the meme about two weeks ago.

“My initial reaction was horror and fury and hurt,” wrote Phillips, a romance novelist who was stunned when an intrepid redditor posted a link to the meme on her Facebook fan page.

“I never want anyone who sees it to think that I, the real mom/person … believes any of that stuff, especially the derogatory, inflammatory, prejudiced things in there.”

After several redditors explained the joke—and that it wasn’t really at her expense—Phillips started to come around.

“I do think I’m rational and reasonable and I appreciated the people who took the time to explain—and I learned something in the process,” Phillips said. “Once I ‘got that,’ well, I mentally and emotionally let it go.”

Phillips is a mom in real life with two kids, aged 16 and 20, but she’s “nothing like the meme character”:

“I was the mom who let them watch R-rated movies young and the other parents would be frustrated with me for that.”

“I didn’t want a typical glamour photo, so I had a few variations done,” she said.

She was very deliberate with it, though she had no idea what it would eventually be used for.

“This one grabbed more of ‘me’—a black sweat suit, a casual look,” Phillips said. “I thought people could relate.”

All too well, apparently.