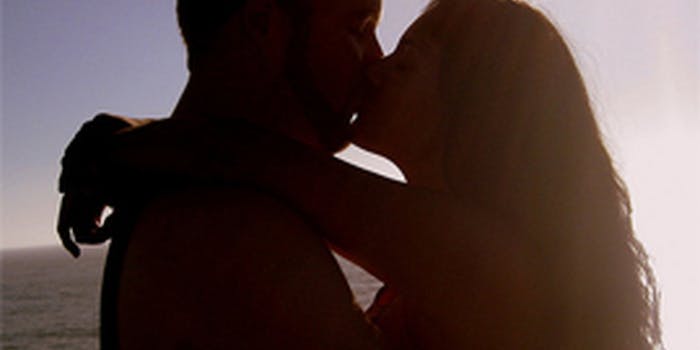 Escort service sites like Seeking Arrangement pairs “sugar babies” and wealthy patrons for the kind of no-strings-attached relationship you would expect from a romance novel.

“You know you deserve to date someone who will pamper you, empower you, and help you mentally, emotionally and financially.”

Is this the latest installment of Fifty Shades of Grey? Nope, but it could be even better for the young, attractive student looking to get ahead—at least, that’s what the sugar daddy “arrangement” website Seeking Arrangement wants you to think. The escort service deliberately pairs up “sugar babies” and wealthy patrons for the kind of no-strings-attached relationship you would expect from a romance novel—except it’s in real life.

“I had trouble finding dates when I was at MIT primarily because of the high male to female ratio, as well as my lack of social skills,” Seeking Arrangement’s founder Brandon Wade told MIT’s The Tech last year. “I believe the social problems I faced while I was at MIT eventually led me to consider starting the SeekingArrangement.com business.”

The website claims to have 1.7 million registered users; that’s nearly double the amount from last year. Roughly 200,000 of those users are “Sugar Daddies”—wealthy male benefactors seeking casual companionship from the pretty young women who outnumber them almost 10 to 1.

The site exploits this Hugh Hefneresque male fantasy to the fullest. “If you’re a Generous Guy, you can use this website to find yourself a Sugar Baby who is young, hot, and sexy!” reads a testimonial by Playboy bunny Tiffany Granath on one of its pages.

“I love beautiful young ladies, and I am not ready to commit,” reads another by a user known only as Sugar Daddy. “This website is the perfect dating website for me.”

Seeking Arrangement isn’t afraid to push hot buttons, such as when it endorsed Mitt Romney’s sugar daddy values after he gave all the money in his wallet to a 55-year-old woman. It also claims to have invented the phrase “Modern Sugar Daddy” and to have “coined the term ‘Mutually Beneficial Relationships.’”

Verbiage aside, there’s nothing modern about the way the site courts the image of a submissive, ultimately disposable female sex partner. “Don’t fall in love with your sugar daddy,” urges the site’s blog—a smart suggestion, since over 40 percent of the site’s sugar daddies are married already.

Since the site doesn’t require background checks for its members, it encourages women to have them done independently before any potential rendezvous. “Demand respect from the moment you first lay eyes on each other, and dress accordingly,” reads one post that encourages the sugar babies to take their safety into their own hands.

“If you do become a victim, chances are, Liam Neeson is not going to be there to save you.”

The site fails to suggest parallel ways that sugar daddies might increase their dates’ comfort and safety. It does, however, encourage them to be honest when critiquing their date’s appearance and performance: “For example, ‘I like that outfit, but I prefer your black dress because it compliments your legs better.’” Another blog post offers workout tips for the sugar babies:

“Who says the Sugar Baby lifestyle is easy? It takes hard work to look as good you do!” Still another asks the sugar babies, “What are you doing to fit in that hot dress that’s bound to make any Sugar Daddy itch to whisk you away[?]”

Women (and gay men) who pass muster for their daddies—sugar mommas only occupy 1 percent of the site’s membership—can expect to get paid handsomely for their efforts, provided they live in one of the site’s reported top 10 cities for sugar baby allowances and gifts. The yearly rate for a Los Angeles sugar baby is almost $70,000. With profits like that, it’s small wonder that a whole culture of sugar daddies has emerged, with sites like Sugar Daddie and Sugar World following in the footsteps of Seeking Arrangement—and more and more women signing up.

The MIT’s The Tech railed against the site’s use of financial support as its primary draw for sugar babies: “If college girls were no longer desperately in need of money, I would be more than willing to bet that SeekingArrangement.com would cease to be highly profitable—it would certainly lose a large and important demographic.”

But that might not be such a smart bet. In this year’s runaway bestseller, Fifty Shades of Grey, the heroine—a young, insecure college student—falls under the sway of a ludicrously rich businessman who seems to want nothing more than to take care of her, fulfilling her every whim and desire. Eventually, against her wishes, he even buys the company she works for so he can take care of that, too. With female fantasies often revolving around the idea of being pampered and cared for, sugar daddy websites may seem too good to be true.

“Treat your sugar baby right and she will be your arm candy,” insists the homepage at Sugar World. A life as “arm candy” is hardly the empowering experience these sites would have you believe—especially compared to the depiction of sugar daddies as men for whom “stress and pressure can build up when they are trying to run a company, manage others, or simply don’t have enough personal time to relax.” But after all, a 2009 Time article, called “What Women Want,” reported that while women have gained financial independence, two thirds of them believe that “men resent powerful women.”

“I have really found my soulmate on here,” reads one testimonial from “Sonia” at Sugardaddie.com, the first of a slew of testimonials from women declaring that they’ve found their “forever lover,” the “man of my dreams,” their “Mr. Right.”

“To the men out there on the site,” reads a testimonial from one sugar daddy, “My Sugar Baby is stunning… My lady is a 6 foot super-model.”

But even the fantasy of submissive women is just that—a fantasy. Journalist Rachel Rabbit White, attending a ball hosted by Seeking Arrangement, notes that with the high female-to-male ratio, the system casts women against each other in competition for the richest men, turning them manipulative as a result. “While the girls play submissive in the club, here in the greenish light of the bathroom, it is clear that it is the guys who are betas.”

Time concluded that modern gender relationships are “a cooperative, with bylaws under constant negotiation and expectations that profits be equally shared.”

One might say that at sugar daddy websites, the profits are handily divided into money and sex—the oldest and perhaps still the simplest gender dynamic of all.