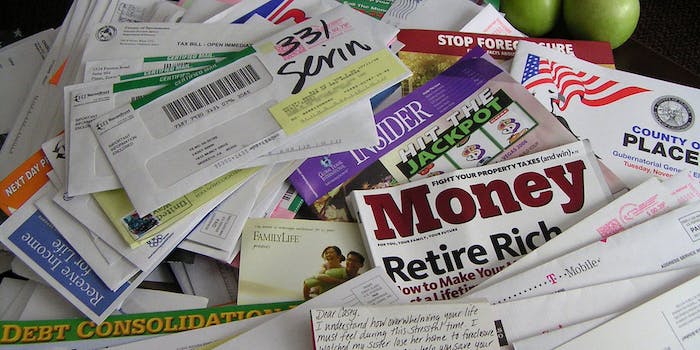 On Dec. 6, ProZacDose wrote a post on r/offmychest, a subreddit that encourages users to rant, vent, and commiserate over life’s frustrations. Titled “As a father of 4, I have failed,” the story detailed a myriad of setbacks that had plagued his family throughout the year.

“I was promised a promotion at work which would bring in MUCH more money and we could live comfortably, however that did not happen. My brother was murdered in a Rite-Aid a few months ago, I suffered a broken leg and missed work for a month, and our bills fell behind and I fell into a deep depression,” he wrote.

“I just wanted to vent, and perhaps cry a little, for the pain I feel for my kids. I hate myself that I could of not done better, or I could have a better job with more income. I am supposed to be a father and a provider and I can’t even do that. I am dreading Christmas morning, and wish I can just escape all of this.”

The post won over 5,200 upvotes, and sympathizers immediately sprang into action. Some offered advice, well-wishes, and reassurance that he was not a failure as a father at all. Others decided mere words weren’t enough.

A user in Australia bought ProZacDose’s kids an Xbox: 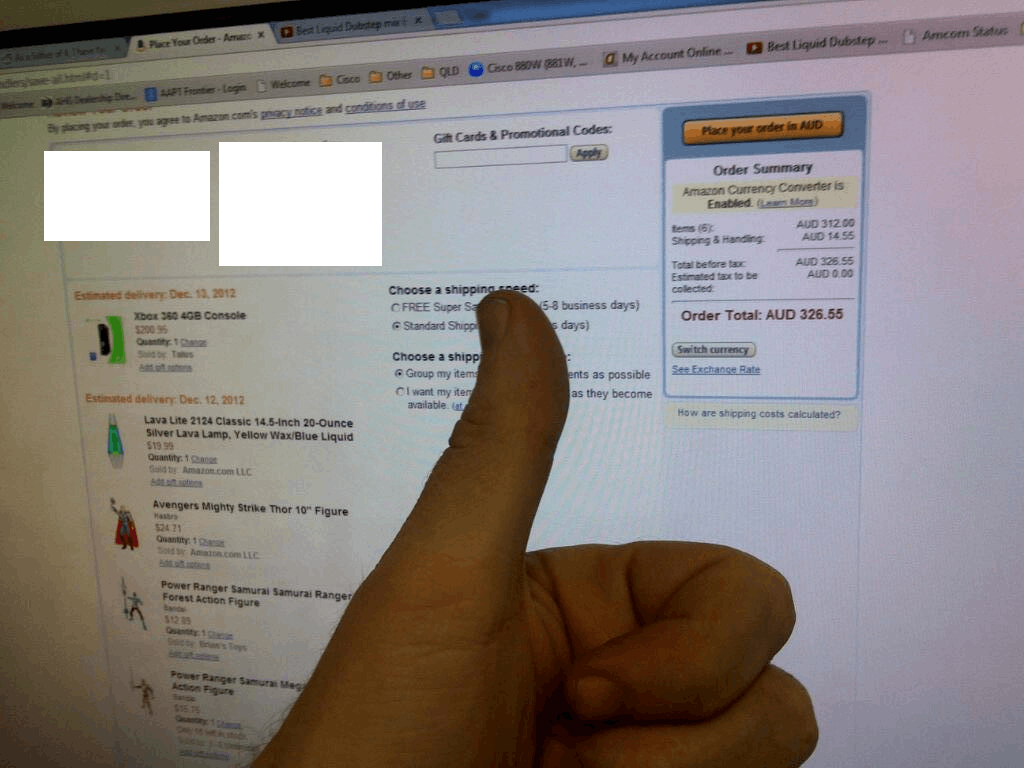 And another bought the family a tree: 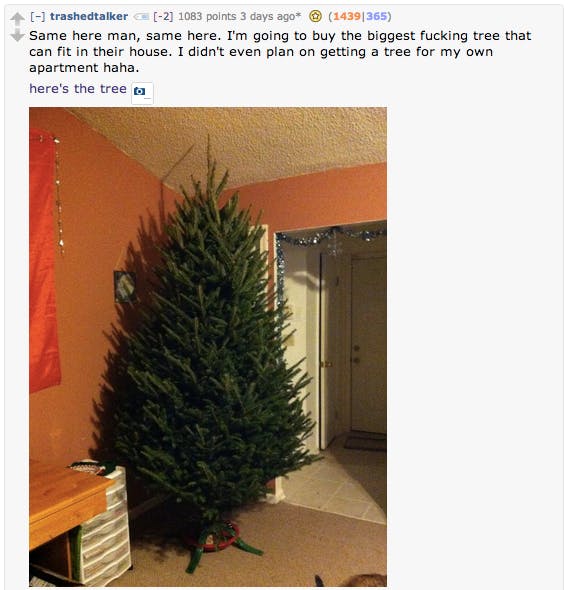 Advised by redditors, ProZacDose set up an Indiegogo account for donations and also created an online wishlist. He has since closed both avenues due to the overwhelming response. According to a post by redditor enoughyo, more than $8,000 had been donated.

As the assistance poured in, ProZacDose had to constantly update his original post to detail the generosity he witnessed. In one edit, he showed a picture of his bills, now paid in full. In another, he explained that he actually managed to accumulate a surplus of toys and cash thanks to the power of Reddit.

“Honestly everyone, this is beyond amazing. PLEASE PLEASE help others who are on here needing assistance with bills and toys. AGAIN – ALL extra money and toys will be going to others so I can spread your love. PLEASE PLEASE help others out here who need it now, let’s make this a night amazing for others as well. Thank You for everything,” he wrote.

While the thread overflowed with donation offers and kind words, not all redditors were touched by ProZacDose’s story.

“you couldnt pay your fucking bills or save some money but youre buying motherfucking mixers and stereo receivers and shit? what the fuck?! and all you reddit fucking assholes believe this guy and give him almost 10 grand in a few hours? i want to burn the fuckin world down because of people like you and your enablers,” elohizzle commented upon seeing extra items added to the wishlist.

“This is why I love Reddit. You can sob-story Reddit out of money so easy it’s beyond ridiculous. Great site for easy and quick cash,” Ikinhaszkarmakplx2 wrote.

ProZacDose dismissed the haters by claiming all superfluous gifts and money would be donated to other needy families and individuals.

“For those sending negative hate, threatening e-mails and messages, and even death threats, please put that negative energy into helping others,” he wrote in the post’s most recent update.

Overall, many redditors were amazed. User Quo_Usque was inspired to describe the evolution of the thread in a poem parodying “Twas the Night Before Christmas.” Another user, Baron_Rogue, was simply taken aback by how the site attracts both extremes of people:

Merely hours ago I was throwing up in my mouth at how rude certain redditors were being to a legitimate astronaut, and now I have tears in my eyes from other redditors going above and beyond for a complete stranger. Great analogy for life in the end… amazing people jumbled in with garbage, and a wild ride throughout.

ProZacDose has promised an update on his family’s reaction after Christmas.