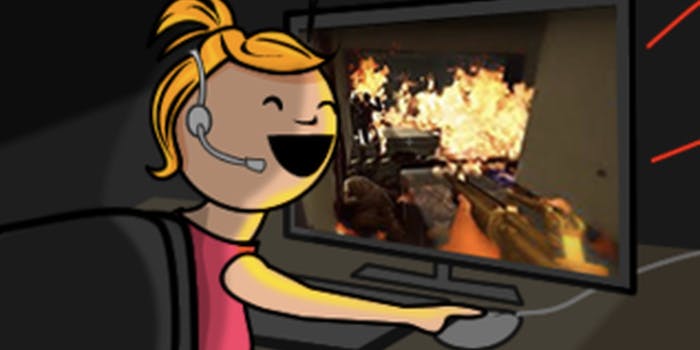 The Oatmeal apologizes for sexist comic

After his comic flopped with female gamers, the cartoonist said he was sorry in a big way.

The Oatmeal has apologized for a “sexist” cartoon that left female video gamers fuming.

The popular Web cartoonist, whose real name is Matthew Inman, thought his comic about the differences between male and female video gamers was harmless. In it, a talented male gamer is harassed for his mistake while an untalented female gamer is applauded for her mistake. 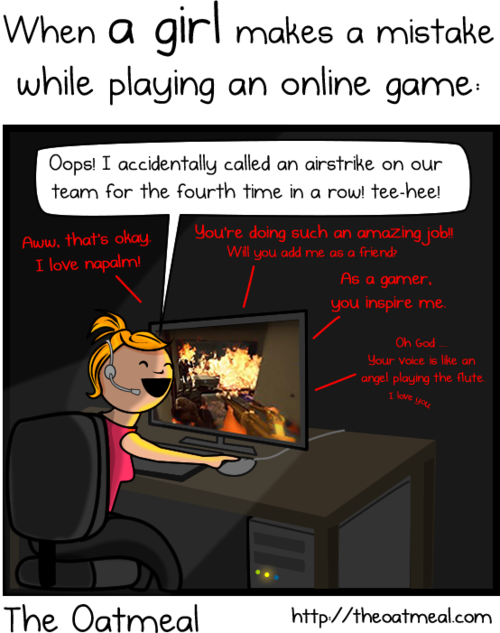 However, some gamers found the comic to be anything but funny. After Inman posted the comic on Tumblr, women and their allies left Tumblr notes, tweets, and blog posts to let him know that being a female gamer isn’t as pleasant as he portrayed.

“It’s pretty clear you either have no female gamer friends, have never gamed with females,” wrote ChoraleOfSound.

“@Oatmeal Hey, just curious: how many graphic rape threats did you get in the last week for playing a game online?” tweeted @devilherdue.

At the Borderhouse Blog, an inclusive gaming community, author Cuppycake encouraged women to give Inman a piece of their minds.

“When I make a mistake in games, it’s because I’m a woman trying to play games, “ wrote Cuppycake. “When you make a mistake, you just suck at the game and made a mistake. Try that on for size.”

The backlash was so great that Inman added a clarification to the original comic:

“I wasn’t implying that girls suck at games. I was implying…  a terrible female gamer gets away with way more than a terrible male gamer (like me).

Within an hour, Inman changed his tune altogether. Citing surprise and ignorance about the violence female gamers face, he withdrew his argument. More importantly, made a large donation to a pro-woman organization to express his sincerity and publicly shared his Steam gaming tag with readers.

“[A]pologies on the internet mean about as much as farts do in outer space. So I went ahead and donated $1,000 to the Women Against Abuse foundation,” he wrote.

“A lot of people are talking of rape threats, sexism, harassment, and a lot of other awful things.  I’m a guy and I barely talk into my mic, so I’ll concede that my view of things is probably very skewed.”

Based on how quickly The Oatmeal’s reception has turned around, his concession seems to have been the right move.

“There’s apparently hope for all douchebags across the internet to learn to be decent humans. Just follow the example of @Oatmeal,” wrote @shellethkin.