Miguel Alonso wants to create the official New York hand gesture. All he needs is $3,000.

East side. West side. Texas. ‘Zona. The United States is filled with great representative hand signals. What Miguel Alonso is hoping to create is not one of them.

Alonso wants to forge a new, unified hand signal for the city of New York, a town godforsakenly bereft of iconic gestures and trademarks. An artist whose work centers around photography and watercolor paintings, he’s turned to Kickstarter to help publicize what he thinks should stand as the next status symbol of the concrete jungle: a hand signal that, when executed properly, vaguely forms in the shape of the letters “N” and “Y.” 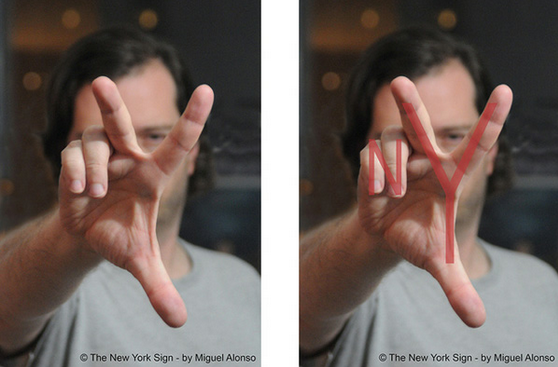 “The idea of a New York sign started on a summer while biking in Central Park,” Alonso wrote on his project’s homepage. “Since many tourists take photographs of monuments, sites and even New Yorkers, [I] started to think of a way to ‘answer back’ to them, in a form that uniquely would belong to New York and would represent the New York life and culture; and sort of a way to say: ‘I made it here.'”

Made it where? NY, dummy. Get it right. It’s all in the hands.

The letters “N” and “Y” are not all that comes through when Alonso’s symbol is put into motion.  There’s an additional third letter—a secret message, if you will.

“NY Sign is not just limiting the expression to a visual concept,” he wrote. “It is also a representation of the intrinsic meaning of New York. In a way, the fingers index and middle forming a V shape represent the V as in Victory, like an achievement.

“Something that all New Yorkers in a certain way look for, when they plan to live and ‘make it’ in New York. A harsh and emblematic city, that once you conquer, will become gracefully part of you. The gesture adds a kick, since forming the perfect hand sign isn’t an easy task. The idea is that ‘only a real New Yorker’ will be able to perform it correctly, since it takes some practice to stretch the fingers to form a perfect N and Y letters.”

Uhhh, dude, I live in Texas and think my form’s pretty good, man. 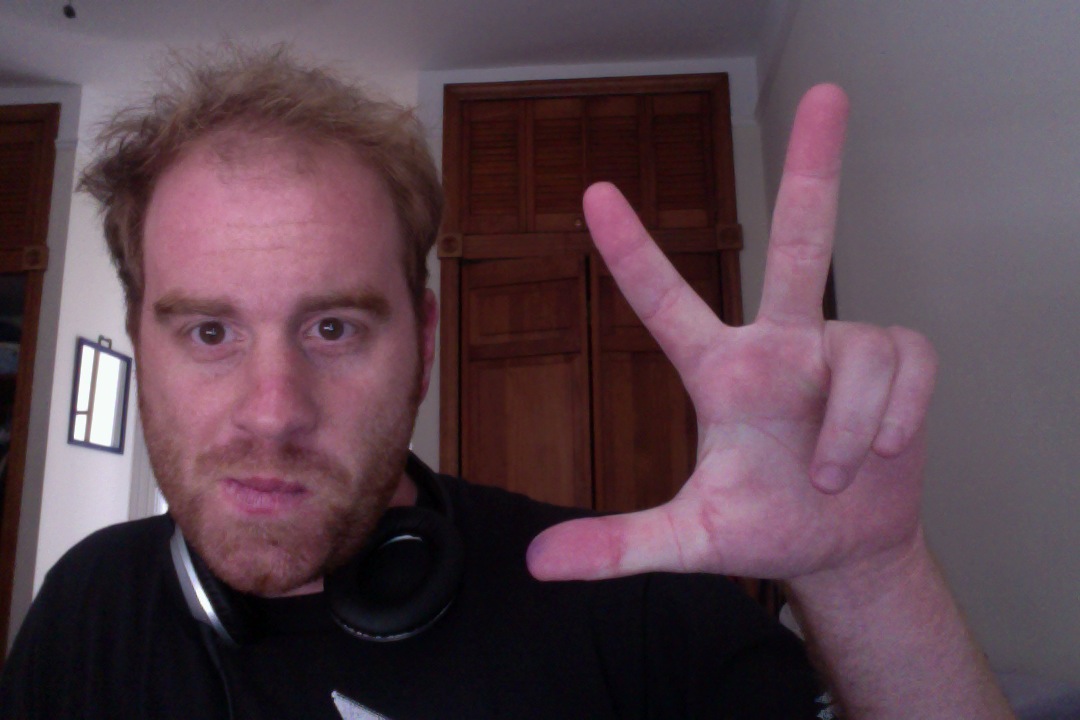 Alonso’s hoping to raise a cool $3,000 to make this whole symbolic revolution go down. Where’s the money going? Promotion, of course.

That’s right. Alonso wants to post photos onto Facebook, get his fingers in the local news, and organize a flash mob of city livers who’ll raise their hands into the air and put it up for the 212 in unison.

Then he wants to take a bunch of pictures and open an art exhibit.

At some point, Alonso also plans to make a series of mixed media and acrylic paintings with New York backgrounds featuring the hand sign.

To this, we offer some wisdom: New York already has a hand signal, Alonso, and a pretty good one at that. It’s called “The Bird,” and it’s used by all the cabbies in town when they can’t get to where they’re going.

Maybe you’ll learn about it when your flashmob disrupts the flow of traffic cruising down 5th Avenue.