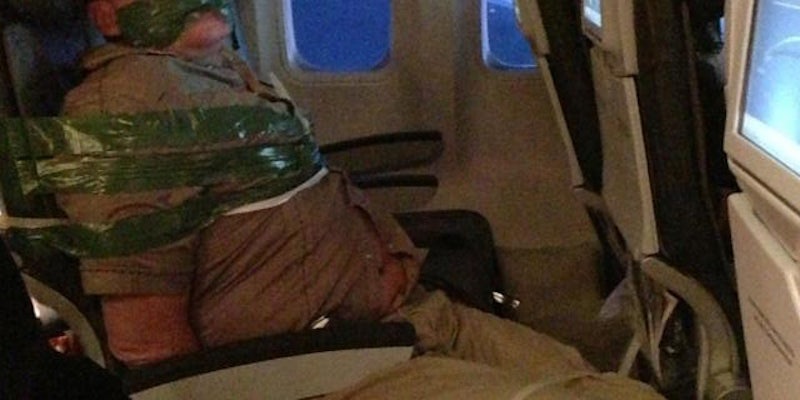 If you try to choke someone on land, chances are you'll get beaten up and have the cops called on you. If you try to do the same thing 30,000 feet in the air, you get taped to your chair.

If you try to choke someone on land, chances are you’ll get beaten up and have the cops called on you.

That’s what happened Thursday to a passenger aboard a New York–bound Icelandair flight. A redditor sitting by him captured it in a photograph:

“He drank an entire bottle of some duty free alcohol,” Mezane wrote on Reddit. “Then he tried grabbing the women who were sitting next him screaming that we’re going to crash. Finally he started choking a guy next to him and that’s when a huge crowd restrained him and tied him up. This was 2 hours into a 6 hour flight. Edit: Did I mention that he was spitting on random people on the plane!” 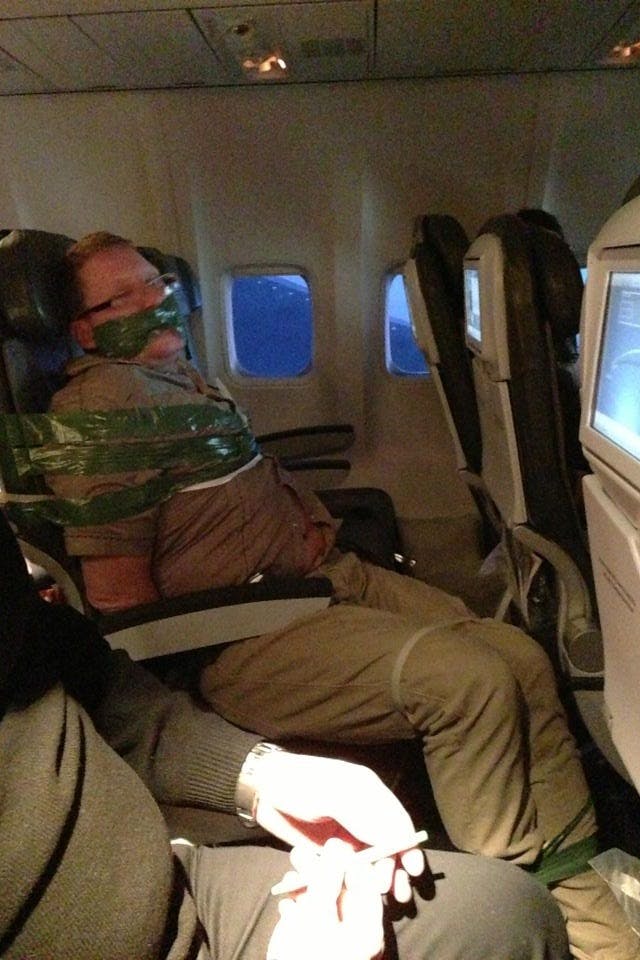 According to a rough translation of a Icelandic news organization, the man also exhibited dangerous behavior.

The photograph of the man was the topic of three different posts on the social news site. In one of the posts, redditor jgoodier shared a story he heard from another person aboard the same flight.

“I’ve been listening to him wail forever,” the passenger wrote on Facebook, according to redditor jgoodier. “Waiting for the cops to board the plane now. I was legit scared for a little while. We were in the middle of nowhere over the Arctic when this all went down. But we are all excited now to see this jerk get carried away in handcuffs. Not so much funny as crazy.”

UPDATE: Video of the incident has emerged on YouTube.