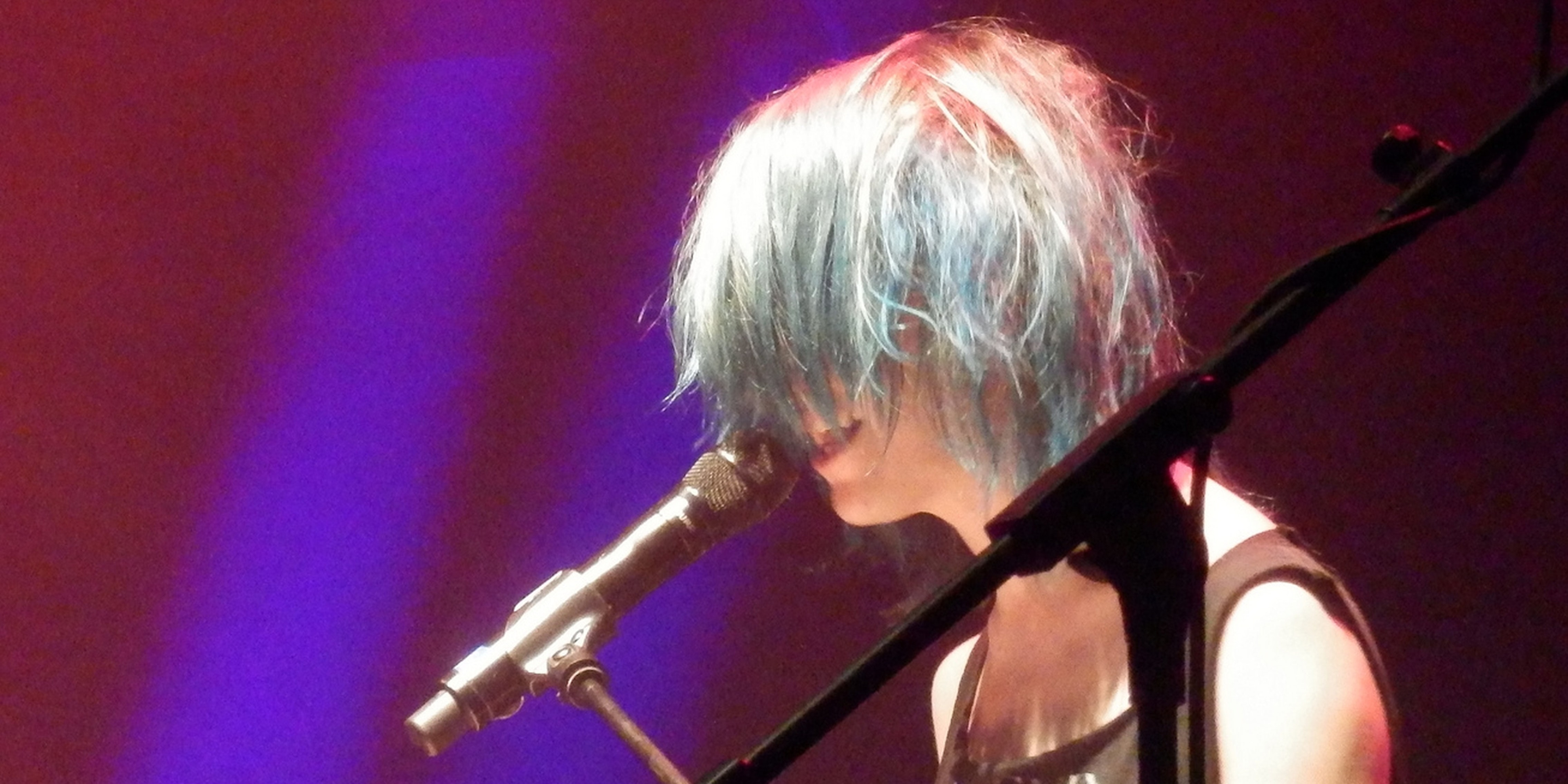 The YouTube vlogging community has been rocked by an underage sex scandal. Again.

Musician Tom Milsom found fame on YouTube thanks to his quirky vlog updates, bright blue hair, and psychedelic ukulele pop music. He’s a prominent member of a circle of Internet celebrities that spans vlog culture, indie pop, and the online fandoms for Doctor Who and Harry Potter.

Now, he’s facing disgrace after allegations surfaced that he was involved in an abusive and coercive relationship with an underage fan. 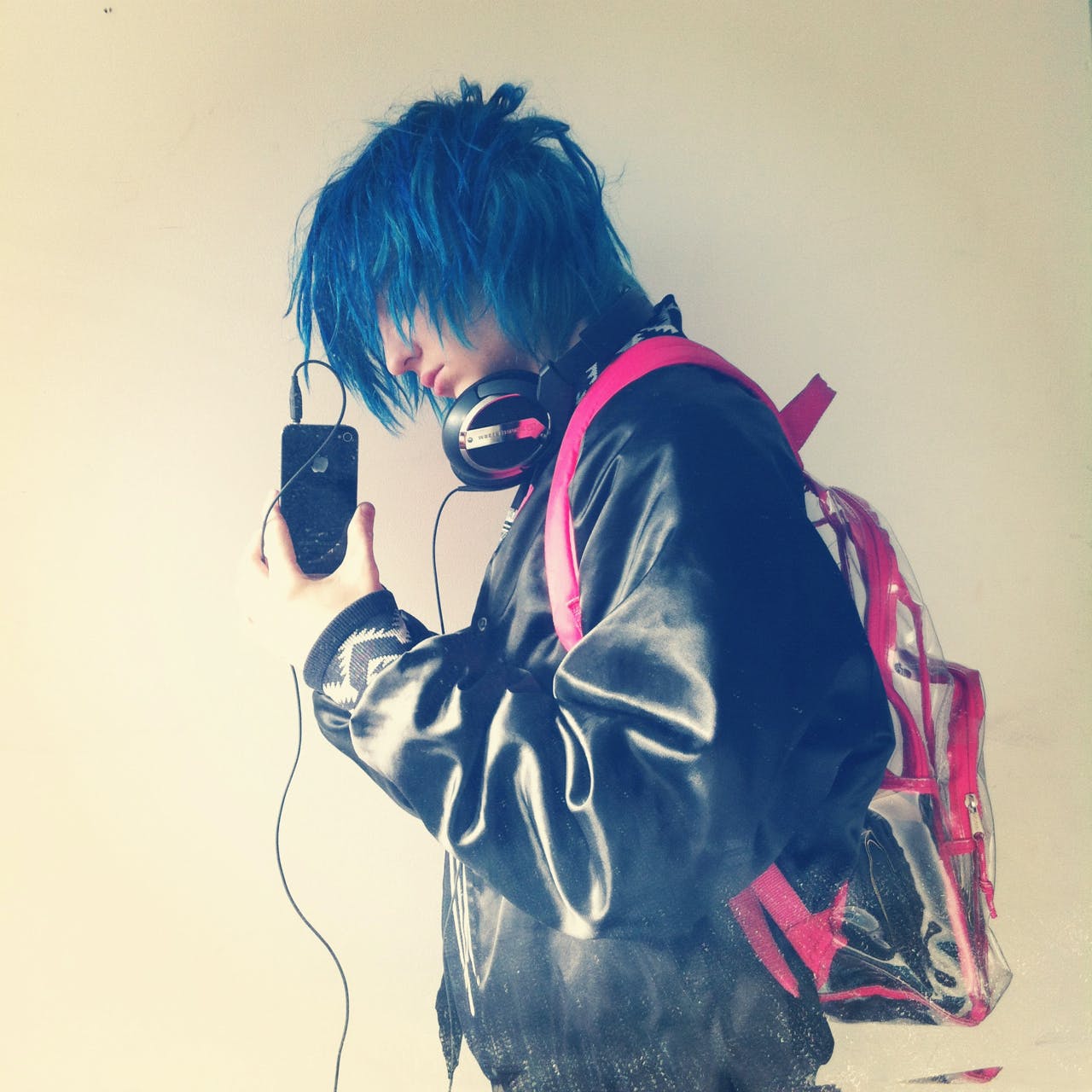 Like many of the artists at DFTBA Records (a YouTube-popular music label cofounded by vlogbrother Hank Green), Milsom’s fanbase is predominantly made up of teenage girls who follow the same core group of Internet celebrities.

Milsom’s alleged relationship with an underage girl came to light after Tumblr users began reblogging confessional posts from her page. According to these posts, she and Milsom entered into a relationship when she was 15 and he was 22, during which time she claims he was abusive and coerced her into having sex with him.

“It was really painful and i ended up really sore and bruised for like days,” she wrote, “like literally everything hurt so bad and i told him that and it didn’t really matter i didnt stop anything.”

These posts mostly flew under the radar until Tuesday, when various YouTubers, including Hank Green, confirmed them in separate blog posts, expressing horror at Milsom’s alleged behavior.

“I met [her] in 2010 at VidCon,” wrote Hank Green. “She was a very smart, very clever, very cool young woman. I thought it was weird (but kinda cool) that Tom had found a cool fan who could hold her own with a bunch of the top-tier VidCon folks and let her behind the curtain a little bit. … It never occurred to me that it would become more than that. And though I knew [she] remained part of that social sphere, I had no inkling that they had become a couple. I am horrified and extremely disappointed in myself that I was not able to realize that this was happening and put a stop to it…maybe even before it started.”

DFTBA Records cofounder Alan Lastufka also posted to Tumblr, saying, “Early this morning I removed Taking Leave and the C4N’7 R3M1X35 EP (the two releases Tom Milsom and I collaborated on) from both DFTBA.com and from my personal website,” adding, “I followed up this post with a $1,000 donation to RAINN (Rape, Abuse, and Incest National Network). That’s what I estimate my profits were from the sales of Taking Leave.”

This isn’t the first time a situation like this has arisen in the relatively small intersection between DFTBA Records and Tumblr/YouTube fame.

In 2012, musician Mike Lombardo was swiftly dropped from DFTBA records after he was charged with soliciting sexually explicit photos from an underage fan. Lombardo is now serving a five-year prison sentence for receiving child pornography.

Then last year, Ed “Eddplant” Blann admitted to being in an abusive relationship with a fan, saying, “Over the course of those eight months I treated her appallingly, manipulated her, and behaved in an extremely misogynistic way towards her.” Blann is a former member of the popular Doctor Who fan band Chameleon Circuit, was signed to DFTBA Records as a solo artist, and often collaborated with other YouTube musicians including Alex Day and Tom Milsom.

If any of these cases sound weirdly familiar, it’s probably because they are. It doesn’t require much of a leap to see the similarities between them—or to compare them to the scandal surrounding Tumblr celebrity Josh Macedo last year, when a 15-year-old girl alleged that he’d sent her sexually explicit messages and webcam photos.

While Macedo wasn’t a member of the same social circle as Milsom and the others, he was catering to a very similar audience: young women on Tumblr. Milsom references seapunk in his Tumblr bio; Macedo gained Tumblr popularity by posting GIFs of himself cosplaying Welcome to Night Vale character Cecil Palmer. These men were cute, sensitive, nerdy, and often outspoken feminists. Effectively, they were the equivalent of boyband crushes, but for girls who are more into Superwholock and John Green books than One Direction and Justin Bieber.

Alex Day, one of the most popular artists on DFTBA Records, reacted to the Milsom allegations with a lengthy blog post about why he no longer feels comfortable with YouTube celebrities attempting to interact with their fans on an equal footing, writing in part:

“My recent experience of gatherings has been that there are two groups of people who go. People who make videos and people who want to meet the people who make videos. In many cases … the second group have a sense of fandom toward the first group. I don’t think this is conducive to a thriving community atmosphere when it’s placed in a live setting, and … there have been various examples in our community already of YouTube users taking advantage of such an atmosphere.”

Looking at the responses from Alex Day, the Green brothers, and the cofounder of DFTBA records, one begins to notice something missing from the conversation: female voices. Among the various sex scandals and the resulting blog posts from friends and coworkers, it’s vanishingly rare to hear from any woman who isn’t speaking from the perspective of a victim or fan.

It would be grossly inaccurate to say that there are no women in the amorphous online community that surrounds the vlogbrothers, DFTBA Records, Tumblr fandom celebrities and geek-culture bands like Chameleon Circuit. But when it comes to the kind of devoted fan community one finds on Tumblr, most of the Internet celebrities who end up with “idol” status are part of the same demographic: cute, nerdy white guys who write and vlog about things like Doctor Who, YA literature, feminism, gay rights, and Internet culture. 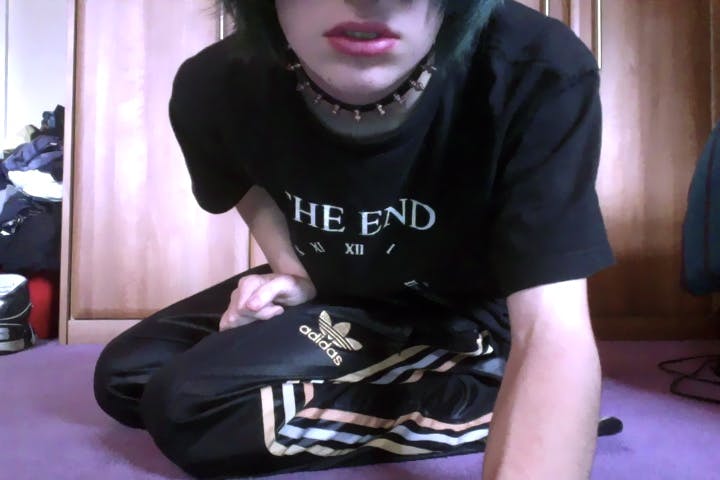 Many guys in the upper echelons of that community have spoken out against this growing divide between fans and creators. The question is, how does one combat an atmosphere that breeds this kind of power imbalance?

The reason why cases like this are so shocking is not just because a popular public figure is being accused of a disturbing crime, but because the accusation was completely unexpected. One of the most appealing aspects of artists like Milsom is that they seem harmless. Groupie scandals are the realm of douchebag rock stars—not sensitive, geeky Internet celebrities with Tumblr accounts and goofy vlogs.

The main ray of hope here is the way most people in the community have responded to the allegations so far.

There was very little in the way of victim-blaming or anonymous hate mail directed at Milsom’s former girlfriend, which is more than you can say for most young women who accuse a famous man of sexual assault. Although some fans still doubt the allegations, most responses on social media have been very supportive, including those from public figures like the Green brothers.

“Take note, every organization ever,” writes one Tumblr user, referring to DFTBA Records’ zero-tolerance policy for abusive behavior. Elsewhere on the site, other fans have posted advice on how best to cut Tom Milsom out of their lives, defriending all of his social media accounts and boycotting his music.

“My only consolation,” wrote Hank Green, “is that I honestly believe these issues are coming to light in this community not because they are more common, but because we are more empowered to speak out and not hide from or cover them up.”

Strangely, men at the center of similar allegations are speaking freely about it too.

Alex Day also responded to Tumblr fans who alleged that he had been abusive in past relationships. He wrote a series of apology-laden responses titled “On mistakes” and “On consent,” in which he first denies, then admits he had been in manipulative relationships with women in the community. From the latter:

I’m grateful that victims have come forward to help me recognise how awful that was. And, to clarify – it was an awful way to treat the people in my life. I became an incredibly manipulative person and didn’t really care about people’s feelings. In my sexual experiences with people, nobody ever outright told me “NO, STOP” or pushed me away, or I’d immediately have stopped doing whatever we were doing; everyone I’ve done stuff with has been above the age of consent; and, in all the cases of me having sex with people, everyone says they consented to it.

But there were clearly times where I would try to initiate something, because I thought the other person wanted it, and I trusted my own read of the situation (“they agreed to stay over/they said they wanted it earlier/etc”) rather than paying attention to what the other person was doing and saying in that moment. That’s where I massively fucked up.

It’s only in the last 24 hours that I’m realising how much I created situations that put people under enormous pressure.

Day also asked for his merch to be removed from the DFTBA Records site. Lastufka, the label’s cofounder, spoke with Day and complied. He wrote:

On a personal note, this week has been completely draining… professionally, personally, and emotionally for me, as I’m sure it has been for some of you. These are people I’ve collaborated with, from albums, to fiveawesomeguys, to spending weekends together just hanging out and playing video games. These are people I know on a human level, not just through a computer screen. And those are the people that it is the most difficult to be disappointed by. But as I stated in my post earlier this week about Tom, this kind of activity is not okay, and we need to help other people in positions of influence or power understand that.

The Daily Dot reached out to Tom Milsom for a public statement, but he did not respond.