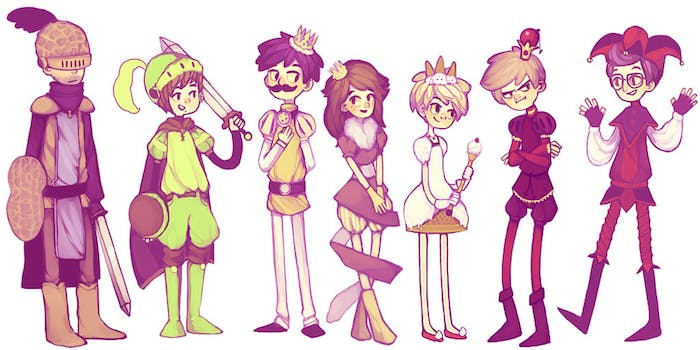 Before the Yumblr tag was all about rumors of Yahoo buying Tumblr, it was devoted to a thriving foodie fandom full of original characters.

O, ye Tumblr users of little faith. The rumor of Yahoo acquiring Tumblr hasn’t even been confirmed yet—and, in fact, Bloomberg Businessweek suggests the rumors may be premature—but already hordes of irate denizens of the microblogging website are threatening to delete their accounts.

But while Tumblr users took to their blogs to lament what many viewed as their impending purple doom, the Yahoo rumors have already begun to destroy a fascinating, little-known part of Tumblr culture: the Yumblr tag.

Before it was a vehicle for people making jokes about Yahoo buying Tumblr, Tumblr’s “Yumblr” tag was full of people typoing “Tumblr” and then making foodie jokes. But for a few glorious days in March of 2012, the “Yumblr” tag was something much more: a whimsical group project that combined many of the things Tumblr does best: artwork, memes, community, and food.

Yumblr originated spontaneously as a fanart meme on March 26, 2012, when Tumblr artist windycarnage drew a series of “Yumblrland” characters. The idea was to indulge your inner foodie by creating fantasy Candyland-esque characters. Windy’s original batch included the Peanut Knight, the Macaroon Knight Apprentice, King Cheddar, Spud the Potato Queen, Princess Sundae, the Licorice Jester, and the ever-popular Prince Sour Cherry. Each character served as the avatar for a different Tumblr user, and soon other Tumblr denizens stepped forward to claim their own.

Buried deep within the Yumblr tag on Tumblr, the many wonderful members of the Yumblr land food royalty may be lost to time and memory soon enough—though there are still a few floating around on deviantART. Here are some of our favorites from the meme’s brief run on Tumblr. 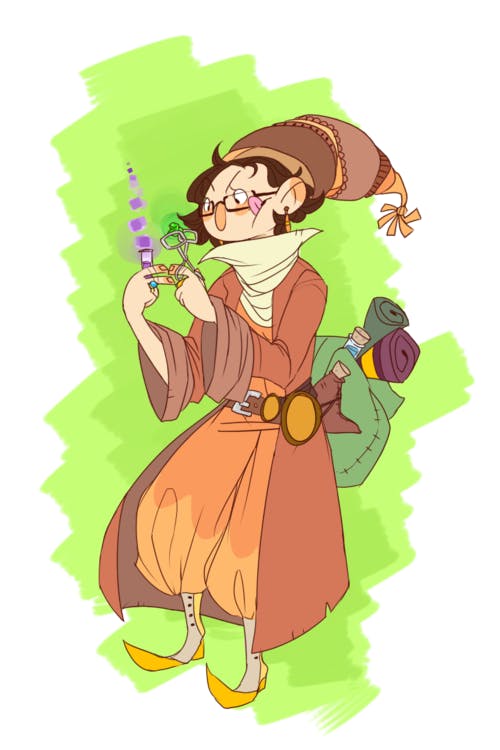 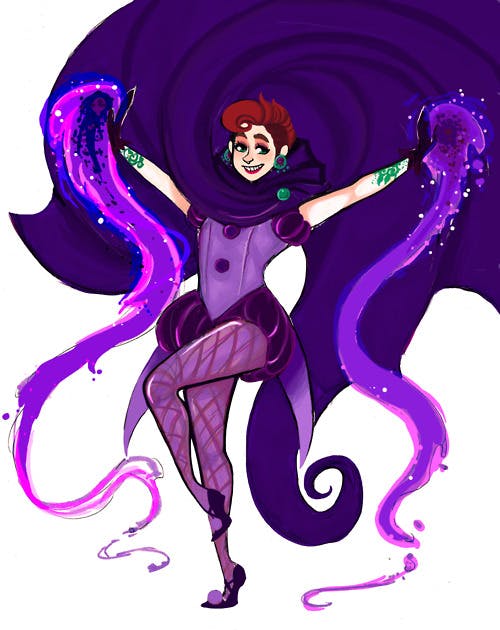 The Plum Sorceress, a minion of the Habanero Queen. Illustration by jicheshire 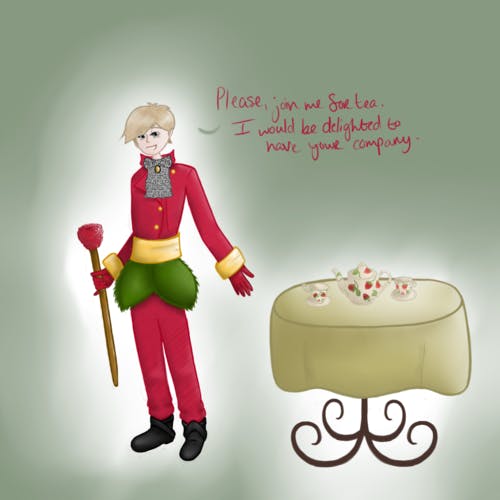 The Raspberry Viscount (teapot courtesy of the Strawberry King). Illustration by virtualnight 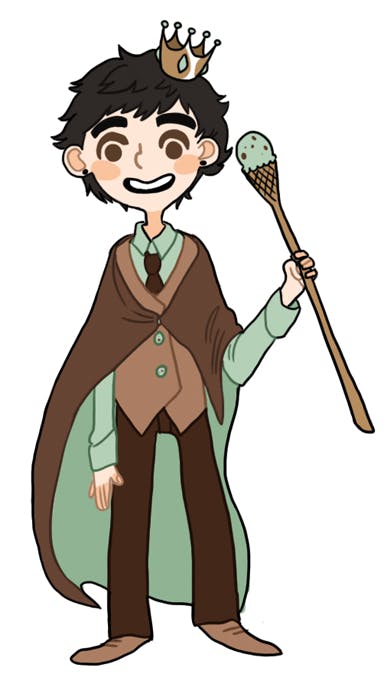 The Prince of Mint Chocolate. Illustration by spudstud 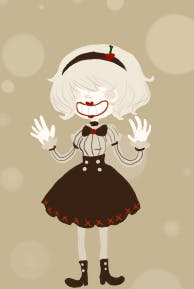 The Root Beer Float Citizen (with a cherry on top!). Illustration by monochromescarf 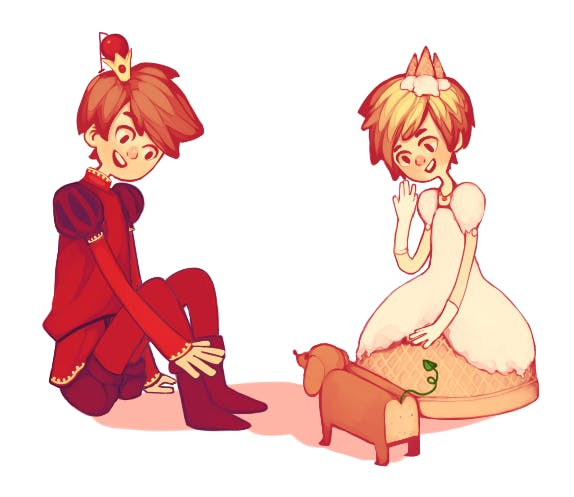 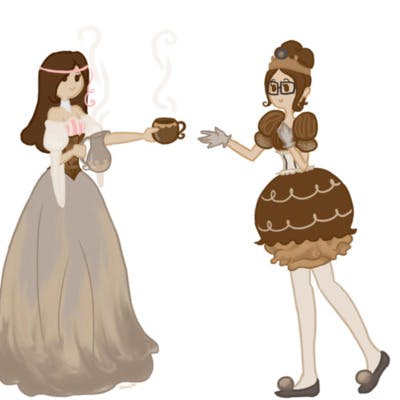 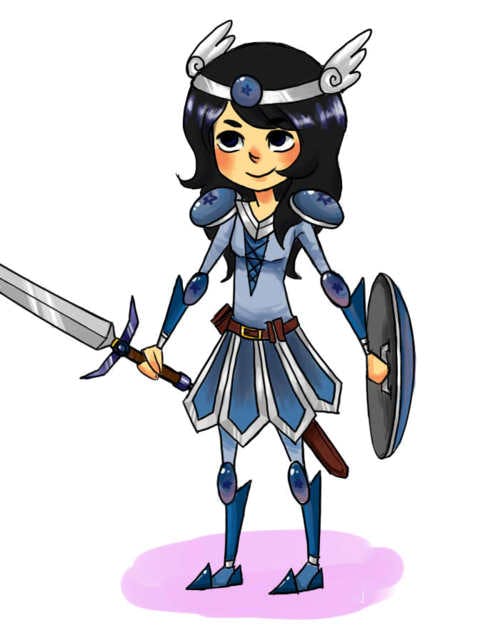 The Blueberry Paladin. Illustration by imsugoiandiknowit 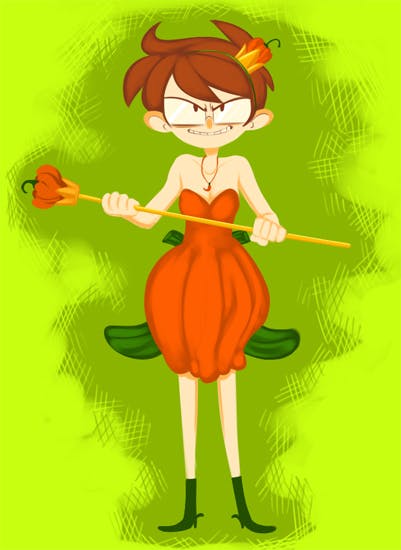 Vowing to end the unfair reign of sweet foods over Yumblr, the Chili Pepper Queen quickly assembled a formidable court from the Spice Kingdom. But be wary when you take on the Cookie Samurai Strawberry Cream Puff, Habanero Queen!

The Yumblr meme is mostly a fanart meme, one of the many spontaneous fanart memes that Tumblr is so perfect for fostering. But there’s also an element of group roleplay involved, too, the same spirit that led to a hilarious comedy of mistaken identity for members of the Sanditon fandom earlier this week.

Before the “Yumblr” tag gets eaten by a new case of possibly-mistaken identity, that of a Yahoo/Tumblr merger, we bid farewell to the Yumblr tag of yesteryear. And who knows? Perhaps someday our Mint Chocolate Prince will come again—if not on a Yahoo-owned Tumblr, then somewhere new.