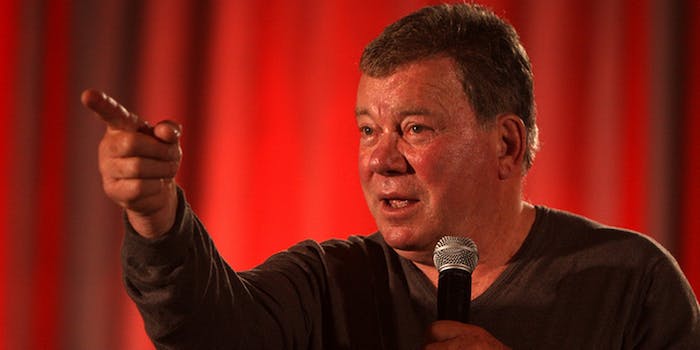 William Shatner wants your Comic-Con footage for a secret project

Six seconds at a time, please.

Remember that tiny little snippet of video you shot of Stormtrooper cosplayers at the most recent comic convention?

On August 5, the Star Trek star announced, in a series of tweets, that he was seeking snippets of fan-shot video from comic conventions. He specifically called for footage from San Diego Comic Con as well as any Wizard-run events. Wizard operates conventions in nine separate areas around the country.

He stresses that entries should be no longer than 6 seconds in length and that they should be submitted before the end of 2013. So far, he is not revealing what specific project the video is for, only that it will clock in at 100 minutes.

Six seconds is also the time limit on a Vine video. Just some food for thought.

There is no word on whether or not he will stare at all of the submitted video footage and scream “Get a life, will you people?!”