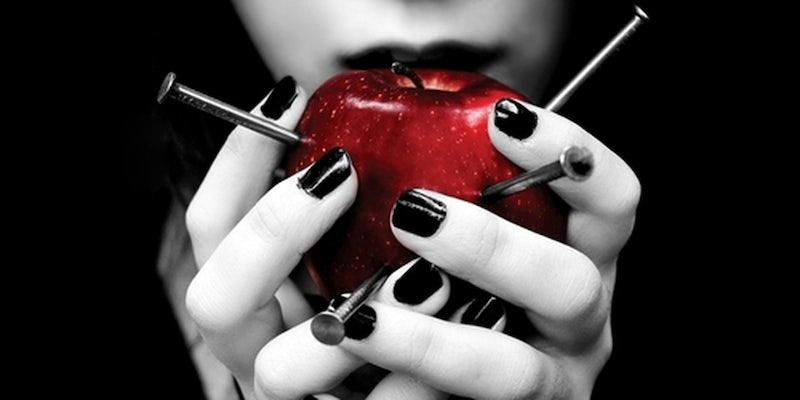 Did this bestselling author lift her last work from the pages of fanfic?

One reviewer on Goodreads did a side-by-side comparison of a popular Twilight fanfic and Shey Stahl's For the Summer, and it doesn't look good.

Amazon‘s self-publishing service is a wild jungle of words, a morass of works of varying quality over which Amazon itself maintains little to no control. Direct publishing to Kindle only requires signing in and clicking “Agree” to a Terms of Service pop-up.

With so many self-published offerings and so little oversight, selling plagiarized works is as easy as copy/pasting from the Internet into a word processing program, then uploading it as your own. And as a host of enraged Twilight fans found out over the weekend, no one is more vulnerable to having their work plagiarized on the site than writers of fanfiction.

Shey Stahl is a popular novelist, author of a bevy of self-published books through Amazon that have found a devoted fan following. She’s listed as a USA Today bestseller, quite a feat since USA Today‘s list is a single list tracking all books being sold in the U.S. But it now seems that much of her claim to fame may have been based on the work of other writers.

On Sunday, Goodreads reviewer Ari Bookzilla posted a word-by-word comparison between excerpts of Stahl’s latest novel, For the Summer, and a popular Twilight fanfic known as Dusty. Dusty is cowritten by two authors under the handle YellowBella. A whopping 400,000 words, it currently has almost 8,000 reviews on Fanfiction.net.

As plagiarism choices go, it isn’t the least obscure thing you could choose to copy/paste.

But bizarrely, it wasn’t the only thing Stahl allegedly lifted. Other Goodreaders claimed that the novel’s summary had been lifted from another Twilight fic: another popular offering called Pickup Truck, written by Mary Elizabeth, one of the two authors of Dusty. Even the title, “For the Summer,” is the title of another well-known Twilight fic.

The question of why Stahl may have stolen so much from Twilight fanfic authors is simple: She was one. Stahl wrote fanfic under the pen name Jaydmommy, and she was plagued by plagiarism allegations then, too. Her novel Happy Hour began life as a now-deleted Twilight fic, “Lapped Traffic,” which allegedly had to be deleted over a scandal due to her having stolen an entire sex scene from another writer’s fanfiction. Goodreads user Max claimed to have edited Stahl’s earlier novels, only to notice plagiarized passages of other Twilight fics:

Delayed Penalty “borrowed” heavily from HunterHunting’s “The Misapprehension of Bella Swan Regarding the Inferior Intellect of Hockey Players” as well as “Clipped Wings and Inked Armor”. The way “For the Summer” is written is also very similar to CaraNo’s “Our Yellow House”. Cara was one of the first fanfic authors to write addressing the main character: “you pushed my hair away,” “you always loved…” etc.

In an attempt of full disclosure, I will say that Shey hired me to be her editor for “Delayed Penalty”. The minute I noticed the similarities, I brought them to her attention and when she wouldn’t change or remove them from the story, I was forced to take legal action to have my name removed from the work.

Why had no authors complained before now? Perhaps because authors of fanfiction are in vulnerable positions. Although they own the copyright to their own work, they don’t own the copyright to the characters in those works, a nebulous legal state that contributes to the popular belief that fanfic writers are plagiarists to begin with. Stahl seemed to feel this way; in a now-deleted Facebook post, she denied the accusations:

I’m very sickened by what’s going on over at Goodreads. Mentally and physically sickened by this. I’ve been made aware of the accusations on GR stating I’ve taken another authors words from them and I stand by my stories always being 100% mine. Please know the facts before you accuse someone of something so wrongful.

But given the mounting evidence—one commenter claimed some 60 percent of For the Summer is a word-for-word lifting of Dusty—Stahl’s words only drew more criticism. As the publishing community began to take notice of the controversy, Stahl abruptly deleted all of her works on Amazon, along with her Facebook and Twitter accounts. Her website is also currently down for maintenance. When Mediabistro contacted her, she responded, “I’m sorry you feel there are similarities but I have not read the fan fiction in question.”

Meanwhile authors of Twilight fanfic are still coming forward to discuss similarities between Stahl’s works and their own novels, and the publishing community is wondering what this means, if anything, for actual P2P (“pulled to publish”) Twilight fanfic like Master of the Universe, the fic released to the world as Fifty Shades of Grey. As DearAuthor commenter Sarah Latchaw put it:

The plagiarism incident illustrates the “damned if you do, damned if you don’t” situation writers of well-read (and even obscure) fanfics often find themselves in. If they pull to publish, they are branded as opportunists. If they leave their story up, they are almost asking for their work to be copy/pasted because hey–”It’s just fanfiction”.

@DauntlessCakes @Niko0921 I support people who have talent writing. I loved everyone of her books and continue to support @SheyStahl

@SheyStahl loved For the Summer. You are very talented writer and I am excited to read the next piece you write. #fortheSummer,

In the minds of many readers, it seems as if where the “talent” actually came from doesn’t matter, as long as it results in something they want to read.