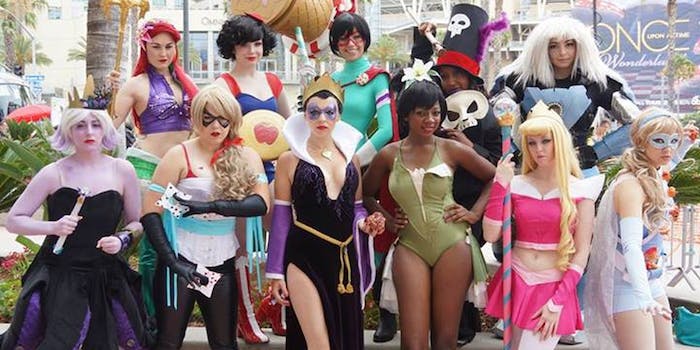 Investigating the ‘Psychology of Cosplay’

This survey's results, shared at GeekGirlCon, gets into demographics, inspiration, and more.

Every facet of geekdom knows a little something about being misunderstood, but cosplayers may bear the brunt of cultural confusion. Some people can’t understand why a person would choose to dress up as a superhero or video game character when it’s not Halloween, and media outlets that only speak with cosplayers when the local comic convention rolls into town often portray them as strange individuals. But a new online survey may finally put some of those stereotypes to rest with data that shows people who choose to cosplay are not so different from people who don’t.

Clinical psychologists Dr. Andrea Letamendi and Dr. Robin Rosenberg created the “Psychology of Cosplay” survey after discovering their shared interest in learning more about cosplayers and the psychology behind their choices, from why they choose a certain character to why they may or may not choose to wear a mask. Letamendi told the Daily Dot they wanted to “dig deeper and ask meaningful questions about the cosplay experience and ask the people involved directly.” The survey was created shortly after a series of incidents that Letamendi felt displayed cosplayers in a negative light and even suggested their choice to dress up was a sign of psychological issues.

“We felt we didn’t have evidence that this was true, that dressing up as a character was any sign of mental illness. We thought honestly can we provide some scientific evidence and some kind of data that would show cosplayers, while a unique community that might prefer some behaviors maybe others don’t, are not exhibiting mental illness or higher incidences of problematic conditions compared to others,” she said.

The survey collected data between Jan. 22 and May 28 from 966 voluntary participants (249 male, 717 female) whose ages ranged from 13 to 74. The results, first shared on a panel last month at GeekGirlCon, revealed much more than the psychological state of cosplayers. 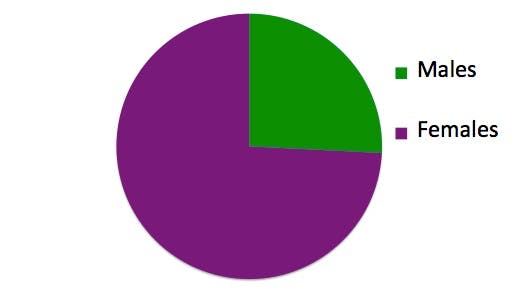 The majority of participants were women, which Letamendi said might be due to a number of factors such as the types of websites that posted a link to the survey. However Chaka Cumberbatch, who has been cosplaying since 2008 and was a panelist on Letamendi’s GeekGirlCon panel, thinks there are definitely more women who cosplay than men. She told the Daily Dot this might be in part to how it is still very fashion-minded; all the clothes, styling, wigs, and such might not as readily appeal to men. This would make it one of the few areas in geek culture where women dominate.

“Another thing may be, which was said on the panel, that some video games allow you to create your own character and maybe female cosplayers are creating female characters that represent themselves so they choose to cosplay as their own character,” she said.

As for more men choosing superheroes, Letamendi thinks this could be due to underrepresentation of women in comic books and less choices available for female cosplayers. 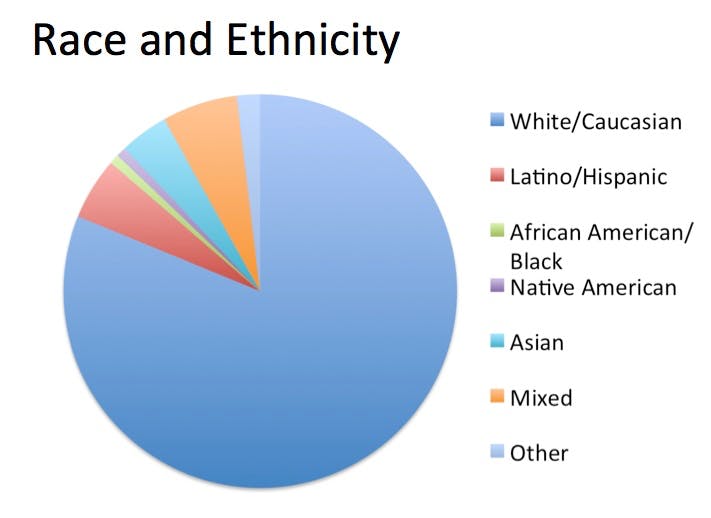 Another disparity in the data dealt with the race and ethnicity of cosplayers. The participants identified as 81.2 percent white, 5.1 percent Latino or Hispanic, 4 percent Asian, .8 percent African-American or black, 6.2 percent mixed, and 1.9 percent decline, “human,” or other. According to Letamendi, this is not representative of the general population as seen in the U.S. Census. It over-represents whites while under-representing minorities, especially the black population. This leads to further questions such as whether minorities are not participating as much because they are under-represented in media and don’t have as many characters to choose from for cosplay.

As a black cosplayer, Cumberbatch said she often felt like the odd kid out since people in general seem to picture nerds as white men. She said this feeling has resulted in a small, tight-knit community of black cosplayers that help support one another and encourage others to participate, such as through online groups like Tumblr’s Cosplaying While Black.

“I think things are getting better [for minorities], but there’s always room for improvement,” Cumberbatch said. “Marvel is doing a great job trying to diversify with their new Netflix series and the new Ms. Marvel … We need to keep pushing and support these characters when they come out and continue to make our feelings known.”

While these pieces of the data show how the cosplay community may differ from the general population, other results support the idea that cosplayers are just like everyone else. The participants did not differ from the general population in terms of education, with many different levels represented from graduate or professional school to vocational education. The largest percentage, 42.3 percent, held a four-year college or university degree. 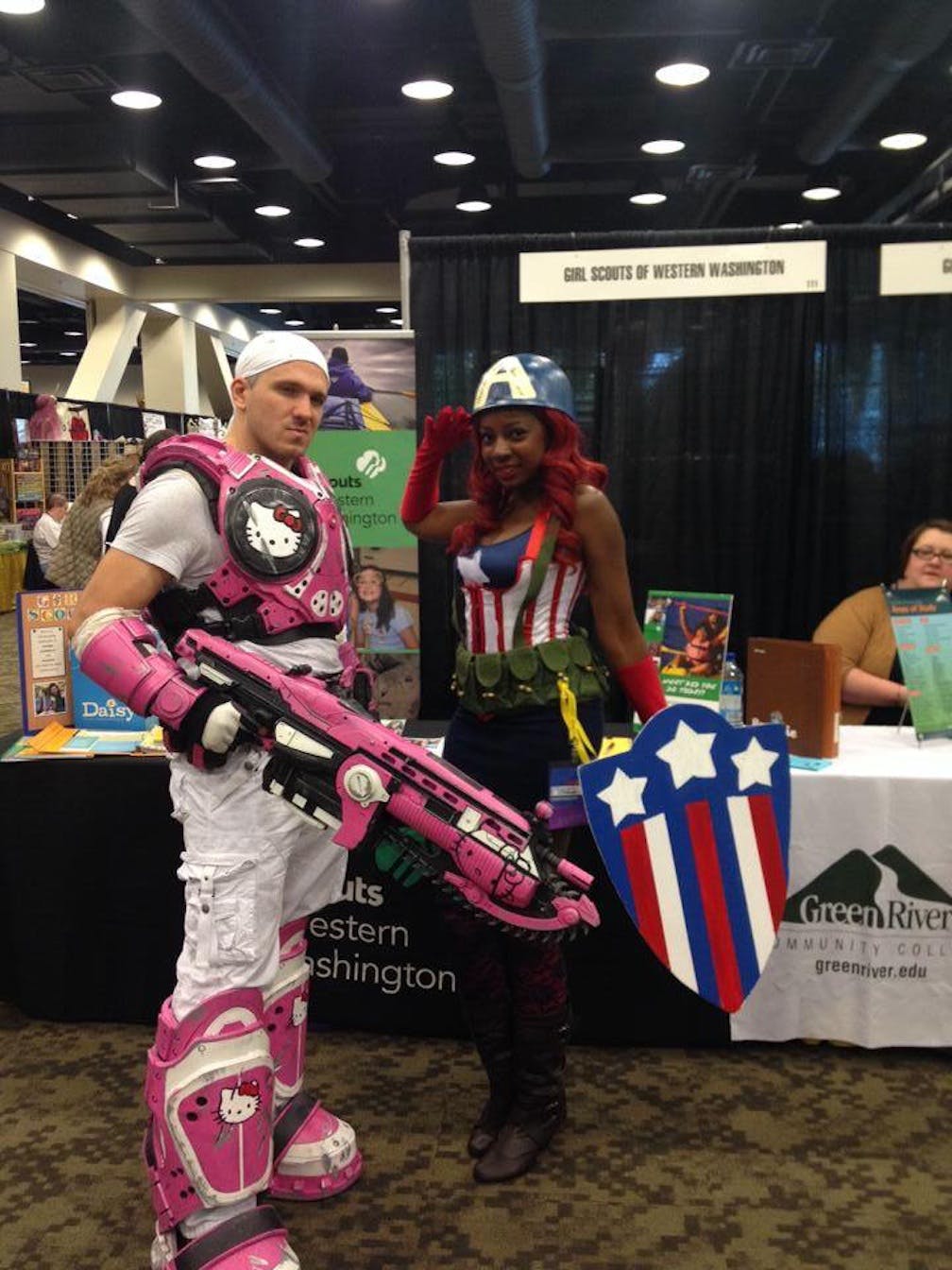 “There were also a wide variety of professions represented and an overwhelming majority [81.4 percent] felt that cosplay didn’t have anything to do with their profession,” Letamendi said.

Professions represented include accounting, cosmetology, food service, science, journalism, and more. The largest percentage of participants, 9.3 percent, identified in retail or sales while only 2.4 percent identified their profession as accounting or banking.

Whether or not cosplayers were more introverted or extroverted was tested with a series of 12 questions known as the “Eysenck Personality Questionnaire” that asked things like “Are you a talkative person?” and “Do you enjoy meeting new people?” The results showed that these cosplayers were not more extroverted or introverted than the average person, and there was no substantial difference between genders.

Letamendi hopes the survey’s data will help educate people about cosplayers and offer a deeper understanding of the group.

“They cosplay for creativity, to be social and hang out with friends, because they identify with the character and that’s meaningful to them,” she said. “The top reason people cosplay is because it’s fun. You can’t pinpoint an abnormality in that. It’s no different than someone who plays in a band or plays sports.”

Full results and data from the survey will be published and made available to the public in the future.