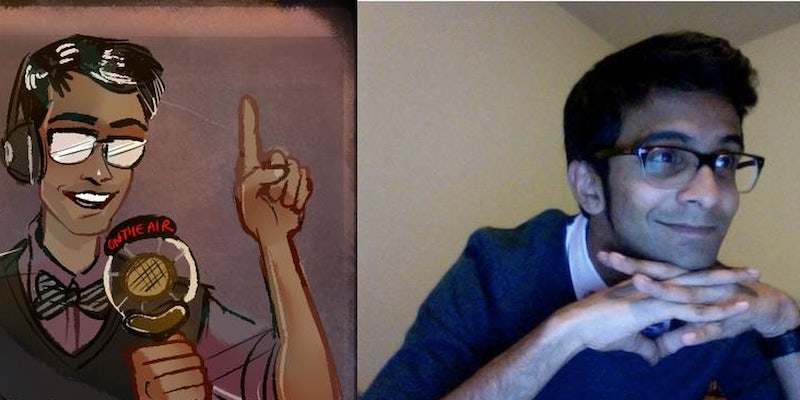 The titular small town in Welcome to Night Vale may seem stuck in the Twilight Zone, but thanks to Tumblr celebrity Josh Macedo—now a Night Vale fan and accidental cosplayer—one thing just got a little less strange: the appearance of its main character, Cecil.

Night Vale is a quirky podcast that seems to have won the Internet overnight through its dreamy, good-natured mix of two things Americans love—sleepy small towns and no-holds-barred terror. Although it’s over a year old, Night Vale has suddenly ballooned in popularity since June, becoming the #1 podcast on iTunes and developing a huge fandom on Tumblr, replete with all manner of wild and wacky fanart to match the show’s humorous (yet distinctly weird) tone.

Night Vale is done entirely as a fictional radio broadcast going out over the sometimes danger-filled air waves. The radio broadcaster and narrator is a character named for his voice actor, Cecil Baldwin. Being the first huge fanwork-based fandom ever to form around a podcast, Night Vale has given rise to some, shall we say, creative interpretations of what Cecil looks like.

Fanartists, in creating their own “headcanons” for the character—that is, their personal belief about what he looks like—have frequently drawn Cecil with a third eye, runic tattoos that sometimes shift and move over his body, and tentacles.

Many fans have also—and in slash fandom this is far more controversial than tentacles—drawn him as a character of color.  This is a unique thing for fandom at large, which often is mired in love for western media starring white men. Cecil’s love interest on the podcast, the perfect-haired Carlos, is Hispanic. In addition to Night Vale’s showcasing a much-coveted gradually developing queer romance, it seems to have attracted a number of fans who seek a greater range of diversity in the heroes they love and spend time with. 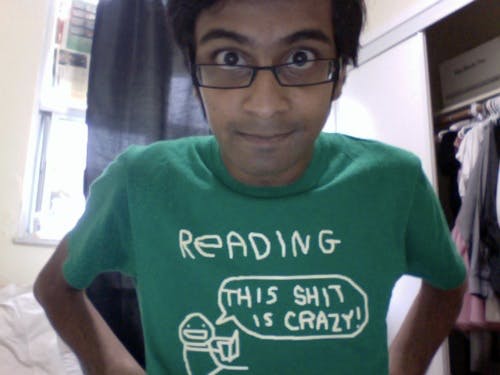 Josh Macedo, a.k.a. confusedtree, is a minor Tumblr celebrity, known for his insightful writing, clever covers and remixes of pop songs, and dapper fashion sense. Oh, and for being a Reddit meme.  The 24-year-old audio engineer has his own fandom, complete with fanart, GIFs, and even an Akinator listing.  Known for his trademark bowtie, vest, and suit jacket, he’s also inspired a bit of cosplay.

So it’s no surprise that when fans started searching for real-life models for Cecil from Night Vale, they quickly found Macedo a source of inspiration.

What might surprise you is Macedo’s response. After learning that fans were casting him as the syrup-voiced broadcaster, he enthusiastically gave fans his consent and permission to continue.

After that Tumblr post made the rounds over 900 times, Macedo went one better, and followed it up with a little Cecil cosplay of his own: 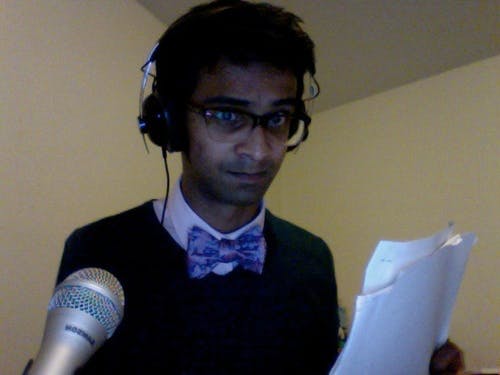 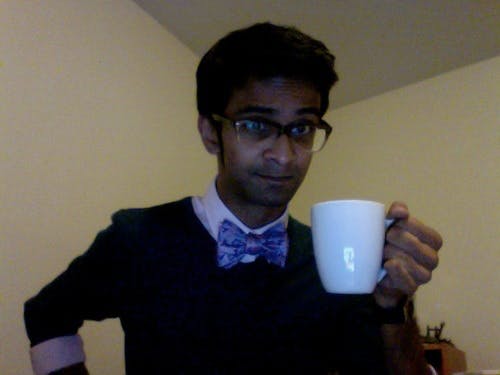 Responding to requests for the cosplay, Macedo wrote that the context came as a pleasant surprise:

I’ve been getting a lot of these messages and I gotta say, usually when people tell me someone from a popular piece of media reminds them of me, I’m immediately apprehensive because it almost always turns out to just be some brown guy who may or may not wear glasses

Speaking to the Daily Dot via Tumblr, Macedo added that he’s since become a fan of the podcast. “Welcome To Night Vale is a really fun and unique piece of media due in part to the vast amount of storytelling and worldbuilding crafted simply through spoken word,” he wrote.

A lot of people were asking me to do cosplays of the character as a reference for fanart, but the truth is, when I finally obliged, that’s actually just what I was wearing that day. The messages I’ve gotten from people finding my blog and following me have been really enthusiastic about it, so it’s pretty encouraging. It’s certainly enhanced the affinity I feel for Cecil when listening to the show.

Despite having a fandom of his own, Macedo told the Daily Dot that he’s “never been one for fandoms” himself, but that, “at their heart, a community built on mutual enthusiasm is a pretty awesome thing.”

At the end of his post, which has since received nearly 5,000 notes, Macedo added, “happy drawing, you nerds!”  Dutifully, said nerds have answered the challenge, producing gorgeous “Josh-inspired” Night Vale fanart.

“It’s been pretty fun to however passively be a part of what makes Welcome To Night Vale a special podcast,” Macedo told the Daily Dot.