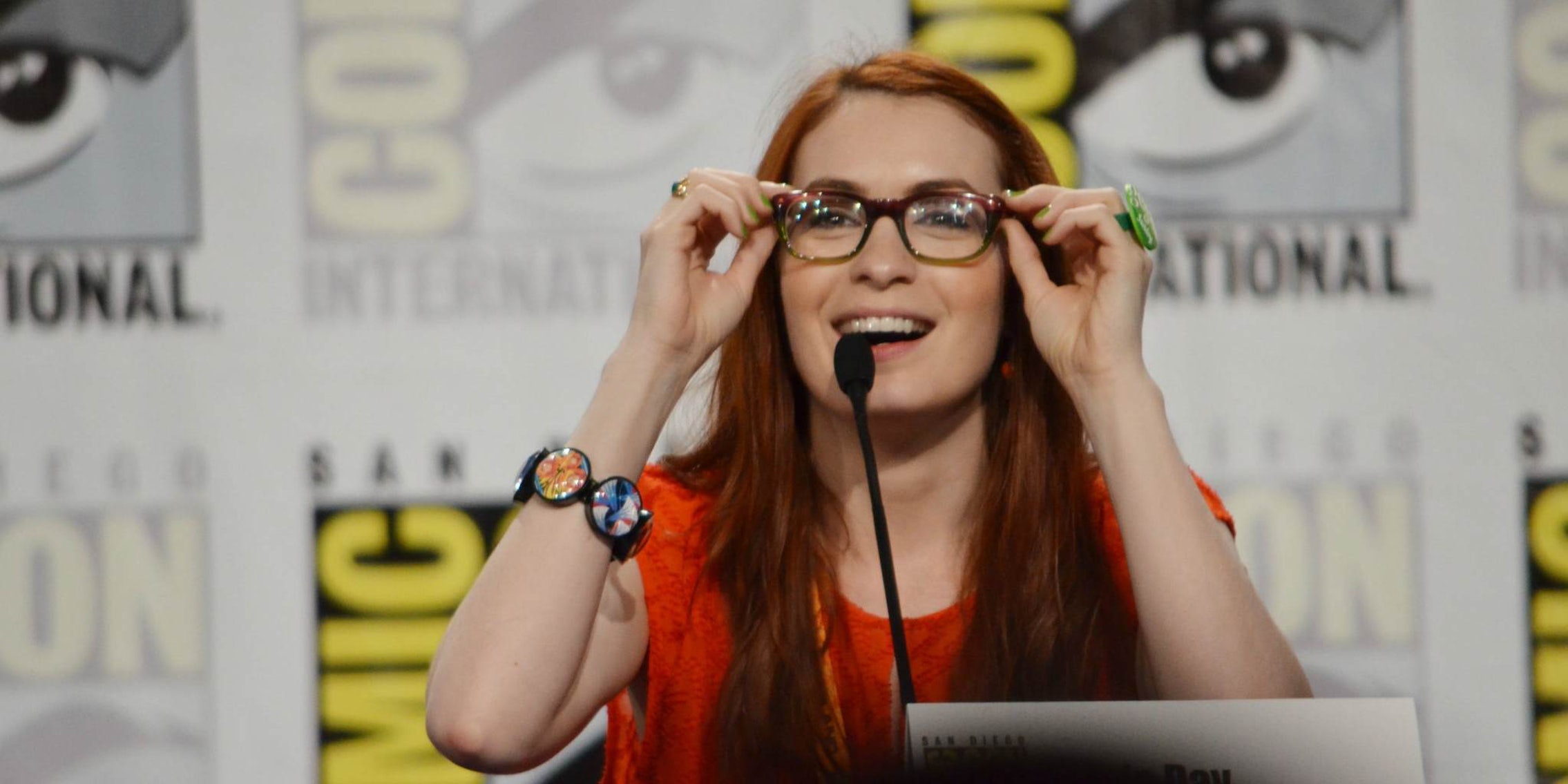 Actress and nerd Felicia Day may be the gaming industry’s most iconic “real” geek girl, but she’s never set out to prioritize feminism. The popular vlogger and creator of The Guild and Geek & Sundry is a champion of gamers of all stripes, but as she told the Daily Dot in 2012, “[W]e are gamers first, and female incidentally.”

But earlier this week, Day surprised us all by reaching for the microphone to discuss the sexism she’s experienced online after cutting her hair.

Male gamers responded in the most facepalm-worthy way possible: by circulating a before-and-after photo of Day that purported to show her flowing red locks.

The problem? The woman of the “before” photo isn’t actually Felicia Day.

Day was first prompted to speak out after reading a column by Laurie Penny in the New Statesman about the political ramifications of short hair for women. “Why patriarchy fears the scissors” argues that by cutting their hair off, women are claiming autonomy from the societal expectation to look good for men.

On her Tumblr, Day took the rare opportunity not only to link Penny’s article, but to augment it with a description of her own alarming experiences after trading her trademark long red hair for a pixie look:

“I have heard comments like those referred to in this article SO MUCH in the last few months since I cut my hair, mostly on YouTube, the home of 12-18 year olds.

The ones that confuse and hurt me the most are like this one I got last week:

‘Love your videos, will be back when you grow your hair out.’

Uh, ok? My hair doesn’t affect what words come out of my mouth, dude? But he can’t see me as anything else, I guess. Guys like him tune in because I’m attractive to them. Without long hair, I’m not attractive to them. Ergo…goodbye. The substance of my work doesn’t matter because my looks are the only context they have for me in their lives. And that makes me sad, because I’ve always tried to be more than that, without screaming it in people’s faces.”

Day went on to echo a sentiment she shared with us in her 2012 interview—that such reactions from male gamers who feel threatened or imposed upon by the women in their geek spaces actually make men less capable of interacting with women in the real world around them:

[W]ith that attitude towards women, they might be missing out on meeting an awesome girl/woman for themselves in their real lives. But we exist in a culture that only treats women as paper doll cutouts we can get aroused/attracted to.

In what’s rapidly becoming the tradition of male gamers reacting to women being vocal about sexism in the community, Day was promptly pelted with angry responses, which she took in stride. But one reaction actually made her point far better than she could have: Men began circulating this “before/after” picture of Day, in an attempt to prove how much prettier she was “before” her haircut. 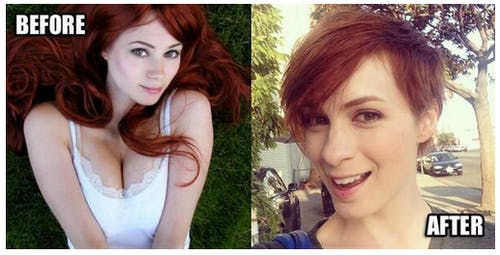 There was just one problem, as she pointed out yesterday:

“[A] bunch of accounts are linking the above picture on Twitter with captions like, ‘Felicia Day before and after. Which is better?’ And ‘What boyfriend allowed this kind of self-harm?’….

THE GIRL ON THE LEFT IS NOT EVEN ME!!! THEY CANT TELL TWO WOMEN APART WHO HAVE THE SAME HAIR COLOR!!!”

Good job, guys. You’ve succinctly proven Day’s point about men systematically objectifying women, even women as famous and recognizable as Felicia Day, to the point where not only do the words she says not matter, but neither, apparently, do her facial characteristics.

Looks like Day’s early Guild hit “Do You Wanna Date My Avatar?” was more revealing than any of us knew: “She’s hotter than reality by far.”